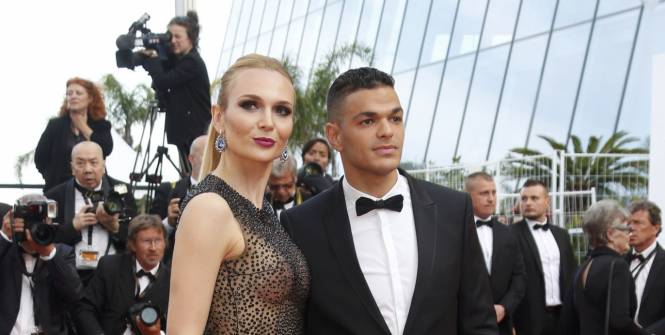 There is little doubt that Hatem Ben Arfa has provided many incredible memories for supporters of the clubs that he has represented, even if not always for the right reasons.

The wonderfully gifted Frenchman possesses a unique skill-set and whilst footballers come and go in the blink of an eye, very few are blessed with such a level of natural talent and aptitude to produce moments of magic and leave a lasting effect on us.

Besides, who better to provide a glowing endorsement of the ex-Newcastle United man than the most decorated player in football and current team-mate Dani Alves, who simply refers to Ben Arfa as ‘Fenomeno,’ owing to his incredible abilities displayed in training.

With a truly unique footballing gift and having secured his dream move back ‘home’ almost 2 years ago to PSG, why has the brilliance of Hatem Ben Arfa been banished from our television screens, social media platforms and into a realm of obscurity?

Paris Saint-Germain beat Sevilla to the signing of the gifted France International on a free transfer from OGC Nice in the summer of 2016, on the back of arguably his best and most consistent season of his career. Under the guidance of Claude Puel, Ben Arfa notched up 18 goals and seven assists in the league, narrowly losing out to Zlatan Ibrahimovic for the Ligue 1 Player of the Year Award.

His reward was a move to his hometown club, having been raised in the Parisian suburb of Clamart. Hope and expectation was high amongst supporters of PSG, but it became evidently clear early-on that Ben Arfa was not in Unai Emery’s plans.

Reports began to surface that the coaching team were unhappy with Ben Arfa’s fitness and all-round physical conditioning and he was subsequently dropped to the bench. Unai Emery made it clear with a sacrosanct discussion, explaining that he would not return to the starting XI until his attitude improved.

As the season progressed, Ben Arfa’s first team opportunities became scarce and he found himself, at times, left out of the match-day squad and banished to the stands. Considering his frosty relationships with managers in the past, unsurprisingly, it sparked a reaction and tensions between the Frenchman and Unai Emery reached boiling point. During a training session where Ben Arfa was perceived to have been selfish with the ball, France Football claim the Spanish tactician told the forward in front of his team-mates “stop taking yourself for Messi, You are not Messi.”

In early 2017 and just five months after arriving in the capital, the then PSG director of football Patrick Kluivert informed Ben Arfa that he “must leave the club.” He added, “the manager doesn’t want you, we have found you a club, Fenerbahce. You’ll see Turkey is a good league.” Ben Arfa flat-out ignored the Dutchman.

Rather than trying to clear the air with Emery, who coincidentally was the one person that had the authority to bring him back from the wilderness, France Football reported that Ben Arfa opted to wade in with an insult in the wake of PSG’s cataclysmic self-destruction at Barcelona in March 2017. He reportedly stated that Emery would never pass the quarter-finals of the Champions’ League, even with the best team in the world. Additionally, it was stated elsewhere that Ben Arfa was known to do imitations of Emery’s attempts to speak French for the amusement of the other players.

Incredibly, the hybrid attacker did not just save his disparagement exclusively for Unai Emery. At the end of a training session In April 2017, Ben Arfa joked with the Emir of Qatar, Al Thani, about how he was more accessible that the club’s actual president, Nasser Al-Khelaifi. Ben Arfa concluded that Al-Khelaifi had been “dodging meetings” with him.

Inevitably, this episode proved to be the final nail in the coffin, as Al-Khelaifi ensured the Frenchman would never play for PSG again.

Moreover, Ben Arfa has been spotted eating a kebab at PSG’s state-of-the-art Camp des Loges training ground parking lot by an employee of the football club, further adding to Emery’s view that he is in no condition to be available for selection.

In response, Ben Arfa continued the tit-for-tat charade via his Instagram account, by regularly posting videos of self-devised training sessions with the objective of painting himself in a positive light and endorsing his physical condition.

Just last month, the forward took to his social media account once again, this time using a tongue-in-cheek picture of himself with a candle and a cake to ‘celebrate’ one year of being demoted from the PSG first team.

There have been opportunities to end the exile, with a move back to OGC Nice presented to him last summer, however, as with the previous interest from Fenerbahce, Ben Arfa rebuffed all advances in favour of continuing his PSG ostracism.

On 5th April 2018, Ben Arfa announced that he would be leaving PSG when his contract ends this summer; a decision suited to all parties and one to conclude the inertia that surrounded it.

Now at 31 years old, Hatem Ben Arfa should be enjoying the peak years of his career and plying his trade on the biggest stage. Perhaps criminally so, there are players experiencing Champions’ League football on a yearly-basis who do not possess even half of the natural talent the PSG man preserves.

But talent alone does not make the footballer; attitude, mental strength and decision-making all play an equally important role and the PSG man has been found lacking in these keysareas.

Nonetheless, there is something special, unique and accepting about a player of his ilk and for all the tomfooleries that cloud the Frenchman, he still shares an extraordinarily constructive relationship with the supporters of the capital club. The same can be said of his relationship with Newcastle United fans, who remember his dazzling contributions with fondness despite some troubles during his time at St James’ Park.

The question remains, what does the future hold for Hatem Ben Arfa beyond the summer? Despite the difficulties endured at the Parc des Princes, there will be several suitors that could cautiously be plotting a punt on the gifted forward.

It is possible that he could make a return to the Premier League, where he would need little adaptation. Leicester City were recently linked with a move, but any possible transfer could be dependent on whether both under-pressure Claude Puel continues in his role as manager and if anticipated, the foxes off-load wantaway winger Riyad Mahrez.

Some sections of the Newcastle United fanbase feel that Ben Arfa still has unfinished business and would be happy to see their one-time number 10 return for a second spell on Tyneside. This would not be beyond the realms of possibility, but it would be doubtful as to whether the Magpies would come anywhere near to matching the salary he is collecting at PSG. Ben Arfa too personally vowed to members of his entourage that he would never return to England, following the treatment he received from Newcastle management during his time there.

Furthermore, Rafael Benitez has done an impressive rebuilding job on a squad once viewed as a ‘circus’ wading out the problematic players and building a group of players to attain the correct mindset and respect for the shirt. Adding a player such as Ben Arfa could be regarded as a huge risk to the cohesion created at the club and create an unnecessary bête noire for the Spanish tactician.

With Hatem Ben Arfa available on a free transfer, it could present various clubs with an opportunity too good to miss out on and the acquisition of a genuine match-winner. However, caution must be considered on reflection of his chequered past. But, if effectively man-managed, we could see one final re-birth of this breath-taking talent.

Fancy a flutter on this summer’s World Cup? Check out this JackpotJoy promo code.