FEATURE | In Defence of Lucas Moura 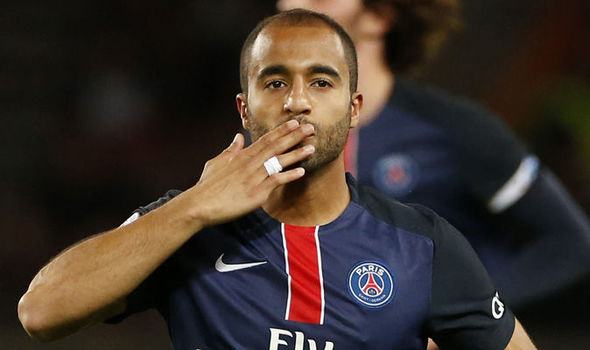 You could find a thousand different quotes all perfectly summing up Lucas Moura’s decaying PSG career. Probably the most fitting one right now being “the worst feeling is feeling unwanted by the one you want most”.

There is little doubt that Lucas Moura’s time is coming to an imminent climax in Paris which would bring to an end a decorated period in the Brazilian’s career; but it is now clear that Lucas has become the persistent ex-partner waiting in the back drop for another chance with you, without the feeling being mutual.

The 25-year-old forward has won no less than 4 Ligue 1 titles, 3 Coupe de France titles and 4 Coupe de la Ligues. But for the last 18 months, life on the pitch has not blossomed like it has off the pitch for PSG’s number 7, after his marriage to girlfriend Larissa Saad In December 2016 and the birth of their child in November 2017.

Besides the obvious Financial Fair Play (FFP) regulations that currently cast a shadow over the capital club, Lucas has been unable to find the consistency to be considered a starter at PSG in the current climate. Moreover, Lucas has failed to take his opportunity when handed the chance to impress after the departure of Zlatan Ibrahimovic in 2016 as PSG restructured their attacking trio.

In hindsight the 2016/17 season was Lucas’s time to take the baton and run with it and make himself a mainstay in the starting XI. After three erratic seasons at the Parc des Princes, Unai Emery gave the ex-Corinthians man the opportunity he craved but he was unable to deliver regularly enough in what turned out to be a below-par season for PSG.

Ironically and in response to the 2016/17 season, it was the arrival of his compatriot Neymar that proved to be the final nail in the coffin for Lucas, not just in terms of competition for places but also the consequences of the world-record deal in regards to FFP and PSG’s need to raise funds in exchange for ‘dead wood’. It was also a move that was bittersweet for Lucas considering his long-standing friendship with Neymar but also the realisation that he would be seldom given game-time.

Lucas has been the consummate professional on and off the pitch. He has settled in to Parisian life seamlessly since his arrival in Paris in January 2013 and preferably would like to see out his contract at PSG. But it is unlikely that Lucas will find a way back into Unai Emery’s plans considering PSG were willing to use him as bait to lure Monaco’s Fabinho back in August and if reports are to be believed, the capital club are open to letting Lucas leave on a 6-month loan to Claudio Ranieri’s Nantes in the January transfer window.

Recently, more concrete rumours have linked Lucas with a move to Manchester United which could be a positive move for the Brazilian if it was to come to fruition. It is abundantly clear that Lucas’s stagnating career would benefit from a move and the Premier League could be the perfect stage for him to showcase his talents once again.

Lucas has all the attributes to succeed in England and become an important player. He is a naturally gifted footballer with incredible technical ability and the knack of scoring goals. He possesses explosive acceleration with the ball at his feet and the ability to get a crowd on the edge of their seat, something that the Manchester United squad is lacking.

Lucas would add an interesting dimension to Manchester United’s ever rotating forward line which currently lacks balance chemistry and cohesion. But the winger will know only too well that the domestic level in England will be a step up and there will be no room for the inconsistency he has shown for far too long in Ligue 1.

A change of country and a new environment could be the trigger needed to reignite the Brazilian’s career. Not forgetting that Lucas is approaching what is typically viewed as the peak years for a professional footballer.

A move may also recover Lucas’s international career which has hit a dead end. If truth be told, his Brazil career has mirrored his club form, where he has found himself in and out of favour with the Selecão. But with the upward trajectory shown within the Brazilian national team under head coach Tite in World Cup qualifying and new emerging talent in the squad, Lucas is now merely an afterthought with just five months until the World Cup.

Lucas has fallen foul of the French media in recent months when he has been given game time. Some of the criticism has been harsh. particularly when Lucas had scarcely played in 2017 therefore being unable to have the opportunity to respond on the pitch.

Despite the lack of football and press negativity, Lucas has remained professional and committed to Paris-Saint Germain and this attitude will stand him in good stead for the next move in his career.

Let’s not forget, Lucas is capable of incredible moments of skill but for every piece of wizardry there is a moment of frustration and Lucas will be keen to amend this perception of his game. Interestingly, we are still yet to see Lucas perform for a manager that views him as an integral part of a team. Lucas is a player that thrives on confidence and playing for a manager that instils this in him could be the catalyst needed to finally see the best of the Brazilian.

Lucas must start his career properly, whether that is in January or the summer and although it would mean leaving behind his Brazilian counterparts in Paris, and he must be selfish and hungry to realise his undoubted potential elsewhere.

The time is right for PSG and Lucas Moura to part ways, and with market prices over-inflated at present and average players commanding huge fees, a €25m or so punt on the Brazilian could turn out to be the steal of 2018.