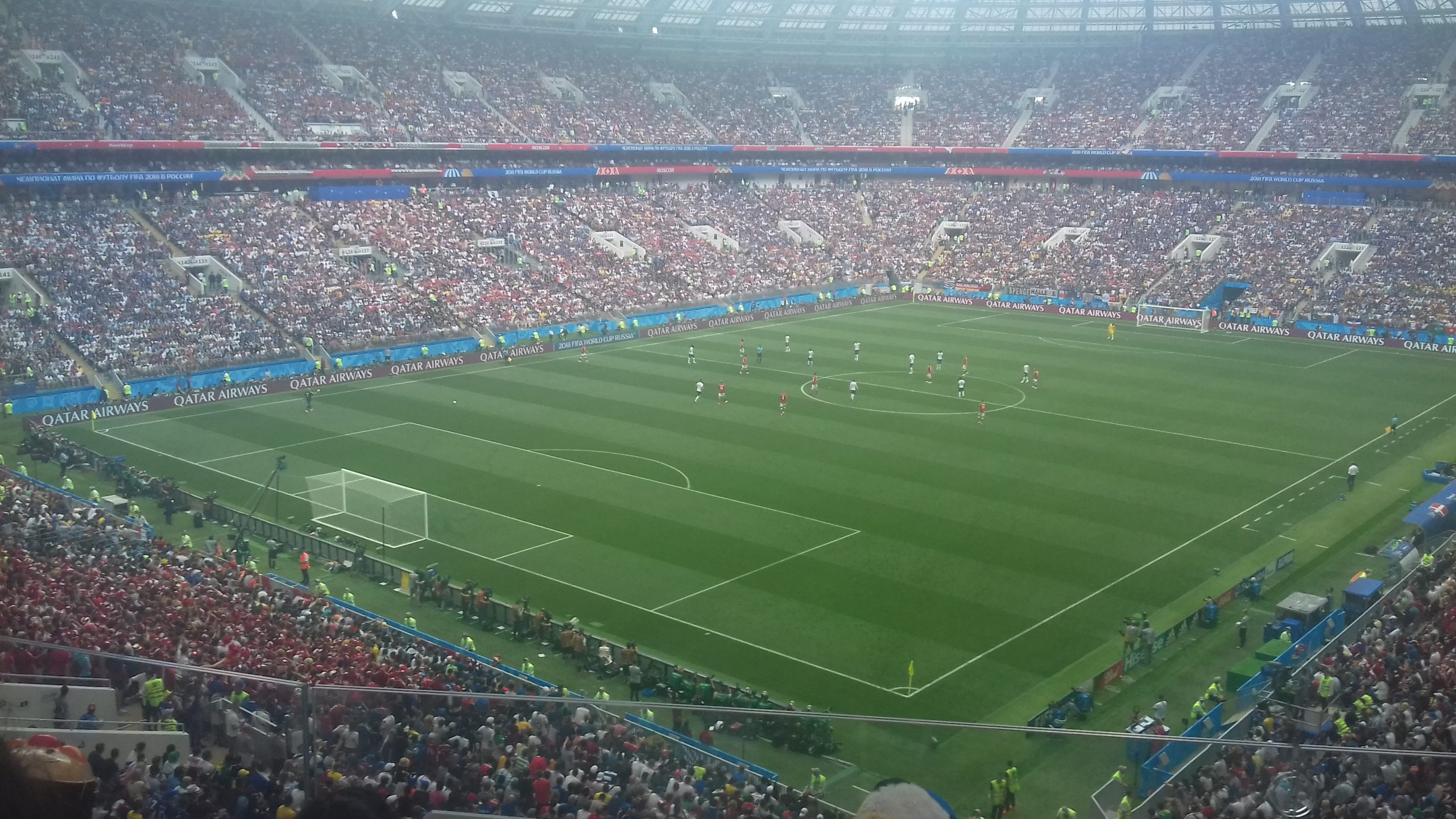 Newly crowned world champions France had no small amount of luck in their 4-2 win over Croatia, with an own goal opening the scoring and Antoine Griezmann’s penalty the source of some contention. These opportune moments, of course, followed on from a victory over an Uruguay side missing their talismanic striker Edinson Cavani, and a victory over Belgium that was decided by outstanding play from Hugo Lloris and his opposite number, Thibaut Courtois. Narrow margins have told the story for France, yes, but throughout the tournament, there has been a remarkable sense of unity about this team.

Tactically, much has been written about how manager Didier Deschamps, having finally made this team over in his own image, has the side working hard for each other, even in playing an unorthodox system that has somewhat upset the previous pecking order in privileging Kylian Mbappé ahead of the likes of Paul Pogba and Antoine Griezmann. Deschamps’ achievements in this sphere are undoubtedly impressive, as has been his willingness to trust the relatively inexperienced defenders Benjamin Pavard and Lucas Hernandez. But more important, and more impressive, is the unity he has engendered in this side off the pitch, something that shows the recent evolution of not only Les Bleus, but also of the country as a whole.

In 1998, France’s title-winning team was referred to as “black, blanc, beur” (black, white, Arab) with Zinedine Zidane, son of Algerian immigrants, taking a starring role as France won their first world title with a squad that was heterogenous in extremis. There is something of that to the current group of players, as well, with Samuel Umtiti and Steve Mandanda both being born in Africa, and Thomas Lemar having come to France at a young age from Guadeloupe. As well as this trio, a large number of players (Kylian Mbappé, Paul Pogba, Blaise Matuidi) also have made their way up from humble beginnings in the suburbs of Paris, while still others (Nabil Fékir, Hernandez) had been pursued by other countries prior to their establishing themselves in the squad.

Despite this mélange of identity, the squad have been resolutely united throughout, and in that, there has been perhaps something pre-ordained in their victory, echoing the words of Zidane in recounting the side of twenty years ago, “It was not about religion, the color of your skin, we didn’t care about that, we were just together and enjoyed the moment.” That team, and the current squad, were a testament to the power of integration and inclusion, but it’s not as if things have been smooth sailing in the intervening twenty years.

France’s most recent presidential election bears testament to that; Emmanuel Macron’s La République En Marche! party ended up with a fairly convincing victory in 2017, but that Marine Le Pen emerged as a viable candidate against Macron and his message of unity shows that France is still struggling with progress in this area. For the national side, controversy has continued as well, notably in the form of the détente between Karim Benzema and Mathieu Valbuena that saw their international careers ended prematurely.

It may seem far-fetched to draw parallels between politics and football in considering France’s sociopolitical situation, but the current trend towards mindfulness and inclusion has never been far away in the minds of the national team, with Marcel Desailly’s campaigning against Le Pen’s father, Jean-Marie in 2002, only one such example, with Lillian Thuram also using his fame to combat the narrow-mindedness of former president Nicolas Sarkozy on immigration.

None of the current generation have yet placed themselves at the forefront of politics in such a dramatic way, likely being more mindful of their commercial potential, but perhaps using their newfound status as national heroes, they would do well to be more engaged and aware.

After all, in the wake of France’s embarrassing World Cup exit in 2010, Marine Le Pen and Alain Finkielkraut were quick to disparage that squad for their lack of discipline, using none-too-subtle language to invoke the squad’s ethnic background rather than their personalities (Patrice Evra springs immediately to mind here pursuant to his dust-up with fitness coach Robert Duverne), but little was forthcoming in the way of a rebuttal from the players, cowed as they were by their poor performance on the pitch.

Even now, with Macron moving the country back toward an ideal of unity, tensions remain high in France, with the terrorist incidents in Paris and Nice still raw, and continuing hand-wringing over the situation of refugees in Calais. There have been plenty of stories detailing the rise of France’s stars from tough circumstances, and while it is plain to see that hard work and determination can pay off, the country is still a long way from where it could be politically.

France’s diverse young squad has captured the imagination and hearts of its country, their victory providing a rallying point in a trying geopolitical climate but in order to be true heirs to that 1998 squad, now it must continue to aid its country in bringing about true equality, not only through example, but also through words and deeds.