FEATURE | Marvin Martin, labelled the next Zinedine Zidane, returns to Ligue 1 with a chance to show the world what might have been 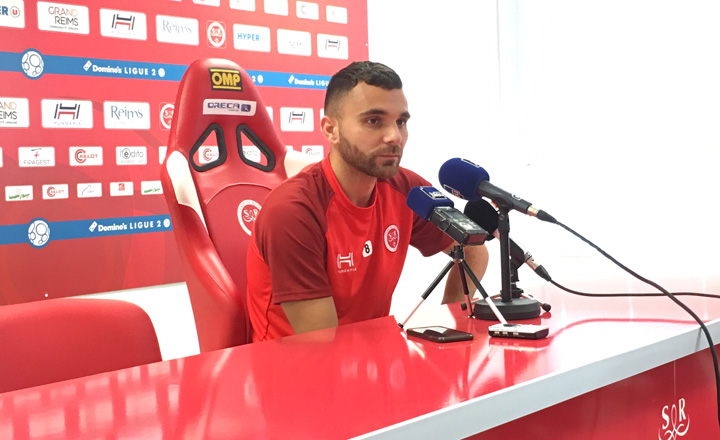 On Monday, Stade de Reims announced the renewal of Marvin Martin’s contract by one year, confirming his return to Ligue 1 along with the club’s. Once one of France’s brightest promises, Martin’s career has stalled over the years as he has struggled with injury and confidence. His signing for Reims last summer seemed like a gamble, taking one step back to hopefully leap forwards. Now aged 30, his bet may be paying off as he returns to the top division with an ambitious side, hell-bent on avoiding the mistakes of their predecessors and becoming Ligue 1 main-stays again.

A product of Sochaux’s youth academy, Martin’s most marvelous moments came in the 2010-11 season, where he was given the keys to Les Lionceaux’s midfield two years after breaking into the first team. He delivered 17 league assists, the third highest total in Europe that year, and notably scored one of the goals of the season by lobbing Nice’s defence and keeper from just outside the box. Sochaux finished 5th and at the end of the season Martin received his first international cap.

In a friendly against Ukraine, he came on in the 76th minute to score a brace, an international debut performance smacked with similarities to Zinedine Zidane. Excitement reached its peak as Martin was in fact labelled as the “next Zidane” by publications like L’Équipe, though if anything broken promises and injuries since have made him more of a befitting successor to Yoann Gourcuff than the recently departed Real Madrid manager.

The following season Martin’s statistics dipped, assisting only eight times for Sochaux but twice for France, for whom he had bec0me a regular individual to call-up, making two appearances as a sub at Euro 2012. He remained highly-rated, and in the summer completed a €9m to Lille, who were looking to replace the creativity gulf left by Belgian maestro Eden Hazard. Unfortunately for Martin, what was supposed to be a big step forwards in his career only marked the beginning of his troubles.

In his first season, Martin was given important responsibilities at Les Dogues, making 46 appearances in all competitions. His performances were not quite convincing, but he delivered 9 assists, and in hindsight that statistic is embellished by the fact that he has only assisted 7 times in his career since then.

The next three years at LOSC were a bleak nightmare for Martin, as injury and lack of form meant he would only make another 45 appearances, fewer than he had made in his first season alone. Martin’s high salary became a problem for the club, whose finances suffered in part as result, as they struggled to match the ambitions born from their 2011 double triumph. When Frédéric Antonetti was appointed as manager in 2016, he quickly shipped Martin off to Dijon on loan, but there was little improvement for the French midfielder in that season.

In August 2017, Martin and Lille agreed to part ways, but the native Parisian took only three days to find a new club. Stade de Reims, favourites for promotion, offered him a one-year contract and a chance to provide his career with a fresh start. As he slowly regained physical form and dealt with minor injuries, he played in approximatively every other game for the first half of the season.

His season was however interrupted by one major injury, of a rather freakish nature. At the start of February, barely 10 minutes into a home match against his former club Sochaux, Martin landed awkwardly after a bicycle kick clearance in his own box, luxating his shoulder. He would only return for the final three matches of the season, when Reims had already secured the title.

Martin’s presence was not essential to les Champenois, who really steamrolled over every opponent whether he was there or not (breaking the points record for a Ligue 2 team). Statistically his contribution was minimal, with only one goal and two assists. Make no mistake though, his performances were encouraging and offered something new to Reims’ game. In a team whose ruthlessness in front of goal was generally capitalised upon by an aggressively direct style of play, Martin’s silky technique and quality of pass were matched only by Diego Rigonato in a more attacking position. “MM” proved to be a popular addition to the dressing room and with the fans, seduced by the signing of a big name of old.

With the departures of Diego and skipper Danilson da Cruz, Reims’ midfield will find itself short of experience and leaders going into Ligue 1. Reims may have been a powerhouse in Ligue 2, but Martin’s 215 top-flight appearances make him the only player in the squad with important experience at that level. The logic behind his contract extension is clear. With the hope that his fitness levels continue to improve, Reims are looking to Martin to guide their young team in a new environment. And on a personal level, he has a chance to remind us all of the player he could have been.