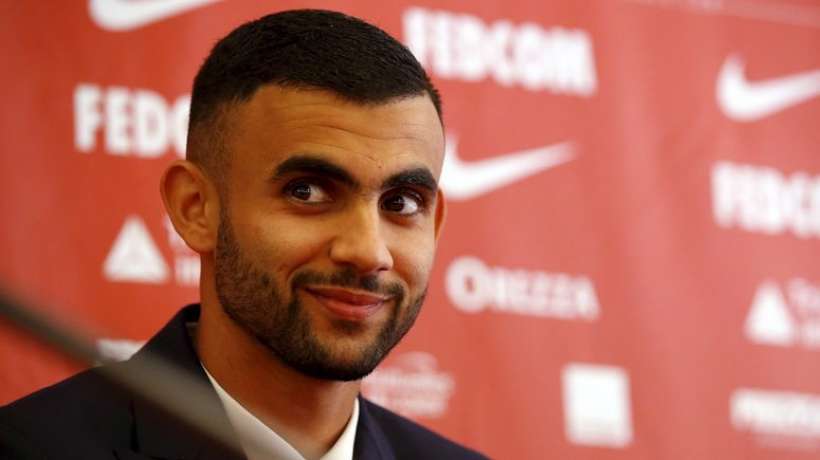 A smile flickered on Rachid Ghezzal’s face. In December 2016, his Lyon contract coming to an end, a run of uncharacteristically consistent form at Parc OL had reportedly caught Atletico Madrid’s gaze. “The information, I read it this morning in L’Equipe,” grinned Ghezzal when asked about Atleti’s interest. “I know nothing more than that. But if it’s true, so much the better. It shows that my work on the pitch appeals to big clubs. It’s encouraging.”

‘Encouraging’ was an apt description of the Algerian internationals performances that season. Having been on the fringes of the OL squad as the 2015/16 campaign got underway, injuries to Nabil Fékir and an aging Mathieu Valbuena had afforded Ghezzal, a native of Lyon suburb Vaulx-en-Velin – not far from Lyon’s training ground, a burst of consistent first team action.

Already 23, the talented winger had been forced to be patient at OL, his mother in particular was worried she would never see her son play in the white of Lyon, unable even to look at Parc OL when she drove past, the stadium being just five minute from their family home. Nevertheless, promising impact as a sub, often when his side were in trouble under Hubert Fournier in 2015, saw Ghezzal underline his potential.

A disastrous first half of the year having run PSG close for the title in 2015 led to Fournier’s dismissal, his assistant Bruno Génésio succeeding him. Génésio shifted to a 4-3-3, which suited the pacey, jinking Ghezzal with the talismanic Fékir still recovering from a long term knee issue. Starting 8 of Génésio’s first 10 games in charge, Ghezzal’s confidence grew in line with his influence on the team, becoming a regular goalscorer. A goal and a hat trick of assists in March 2016’s 5-1 demolition of Guingamp was a highlight. Only Zlatan Ibrahimovic and Fékir boasted a better goals and assists to minutes ratio to that point.

Despite his obvious potential and marked improvement, inconsistency remained. Sometimes wasteful, even at his best Ghezzal can be a frustrating watch often going missing in games, with his decision-making being the major issue. Even so, Génésio’s positive influence and trust was clear as Ghezzal was transformed into arguably the team’s most exciting forward by the start of the 2016/17 campaign.

Comparisons with Leicester’s departed Ryhad Mahrez, who’s spot Ghezzal will hope to fill, are in simple terms not unjustified. Like his Algerian counterpart, Ghezzal is an overtly skillful, pacey forward with a proclivity to cut inside, take on defenders and shoot ferociously from distance should to opportunity present itself. “I can play everywhere in front of the attack.” elaborated Ghezzal at his Leicester unveiling. “Nearly all the top teams operate with at least one inverted winger, the position makes sense to me. I had to learn the role as I played as a left winger throughout my entire time in the Lyon youth ranks. But I think the right wing suits my qualities better: I can cut inside on my stronger left foot, and it gives me good angles for shooting.”

However, comparisons with Mahrez fall down in a lack of real consistency and his inability to regularly affect games even when in his best form. Rachid Ghezzal has, in the past, done a good impression of Mahrez but rarely has it been seen – and decreasingly so of late. A tendency to vanish, become isolated and waste possession has become far more common.

Nevertheless, his initial displays with Lyon turned many heads. Atletico’s interest was reportedly matched by AC Milan and a number of Premier League sides, including Leicester, while an offer from Everton was rejected by the player. “It’s not just the financial plan that interests me… we are OL, we play the Champions League,” explained Ghezzal, “I have a coach who trusts me, we have a good group. I was not going to leave just for the money. Everton’s footballing project was less interesting than that of OL.”

Unfortunately for Ghezzal, hopes of interest from the Calderon represented a career zenith to date. As his contract ran down, negotiations with Lyon over an extension stalled and the marquee signing of Memphis Depay in January 2017 coincided with a severe dip in form, leaving Ghezzal out of the side with interest dwindling. An expletive-tinged pitchside interview live on Canal + during that poor run with his side 2-1 down at half time to Guingamp, underlined his frustrations.

Unable to agree a new deal at OL, Ghezzal signed for Monaco on a free, something that frustrated outspoken club President Jean-Michel Aulas who, according to L’Équipe, criticised Fournier for not blooding the Lyon local lad sooner, describing his eventual rise as “a beautiful story that only football can offer.” “I wanted to take my time to choose the best option for me,” explained the player as he signed for Les Monegasques last summer, “I did well to be patient, we play the Champions League this year and I join the champions of France, it’s an improvement for me.”

Now 26, Ghezzal’s move to Monaco proved to be close to disastrous, despite some initial promise, the Algerian was left on the fringes for the first team, often on the bench and surpassed by the form of Rony Lopes. Given that Monaco, and manager Leonardo Jardim in particular, are renowned for signing younger talents, developing them and selling them on, the move seemed like the right one at the time.

However, it says a great deal that Monaco were happy to part with Ghezzal for what is now a fairly small sum, especially by their standards, of around £10m, with the player making little to no progress during his stay in the Principality. There is a sense that Monaco, despite another summer of huge turnover, did not see a place for Ghezzal in their squad and having brought him in on a free, a move typical of negotiator-in-chief and Vice President Vadim Vasilyev, this represented an acceptable profit on their investment.

Ghezzal’s raw talent is undoubted, as evidenced by his best displays for Lyon but those game-winning, goal-scoring performances have become increasingly rare over the last 18 months. As a result if Leicester see Ghezzal as the new Mahrez such a move would represent a substantial gamble.

However, when afforded consistent first team action in the past, Ghezzal has grown in influence, confidence and form. The same could happen at the King Power again working with a manager in Claude Puel (OL coach when Ghezzal came through their academy) who knows and appreciates his talents, just as Genesio did. Nevertheless, it would be a surprise for Ghezzal and myself to read his name in L’Équipe next to one of the continent’s biggest clubs again any time soon.