FEATURE | Why has Vincent Enyeama, one of Ligue 1’s best goalkeepers, been frozen out at Lille? 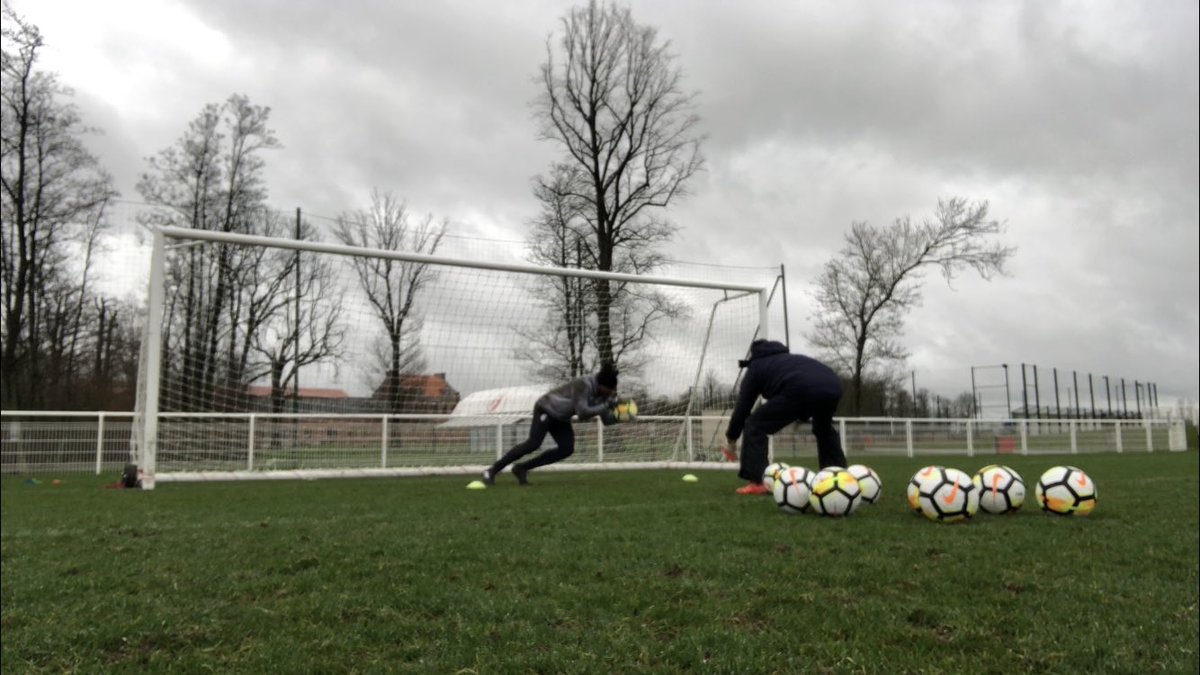 Less than a minute was all it took for Marcelo Bielsa to explain his decision. With the Argentine coach tasked with overhauling the squad and prioritising youth, twelve senior Lille players had been told before the start of preseason that they would be training away from the team and could find new clubs.

“The first day when we arrived he spoke to us for 45 seconds and he left.” winger Éric Bauthéac told L’Équipe, “We didn’t see him again.” Amongst that group was Lille cult hero and Nigerian international goalkeeper Vincent Enyeama. Once Ligue 1’s most respected stopper, Enyeama, a year left to run on his contract and little sign of his exile being ended, is now Ligue 1’s forgotten man.

Where Bautheac and others were swiftly able to find new employers as agreements were hurriedly made to terminate their contracts, Enyeama was less fortunate. A meniscus injury in April had ended his involvement as Lille again scrapped their way to survival under long serving Marseille assistant Franck Passi at the end of the previous season. Enyeama, however, required surgery.

So prohibitive was the knee issue that Enyeama was unable to train until the end of 2017, in the meantime PSG youth product Mike Maignan took his place in goal and Bielsa’s reign at Lille imploded spectacularly. Although as soon as November, Bielsa was sitting in a dimly lit Lille cafe watching his now former team lose rather than on the bench at the Stade Pierre Mauroy, the situation did not ease for Nigeria’s captain.

Despite making a belated return for Lille’s National 2 side, former St Etienne coach Christophe Galtier, now installed as more stoic and pragmatic presence to rescue Lille’s catastrophic campaign, had little positive news on Enyeama’s recovery. “He has not played for a year at this level,” Galtier explained earlier this year, “He is still handicapped in relation to his injury and there are many things he cannot do.”

Injury aside, Enyeama’s issues ran deeper. When questioned, and filmed serupticiulisly, by a fan in April as to why the now fully recovered keeper was not part of the first team, with Maignan’s form persistently intermittent and understudy Herve Koffi struggling too, Galtier explained that the initial fallout with the club upon Bielsa’s arrival remained an issue. “It’s a problem between the club representatives and Enyeama,” Galtier elaborated, although he insisted that he was happy with his goalkeeping options, stating that “I have never been forced to play a player, that’s very clear.”

Galtier’s statements seem to conflict with those of sporting director Marc Ingla, who, upon Enyeama’s original return to training in October, stated that “Vincent has a very positive attitude. He is recovering from surgery he had in April on his knee, he is back in training now and we will take it from there.” Whatever the underlying causes of the Nigerian’s exile, the deterioration of the his relationship with Les Dogues will be a source of great disappointment. Despite offers from elsewhere, the Lille keeper underlined his commitment and passion for the Northern club in 2016 when signing a new deal.

“I am very happy to extend my contract with Lille, a club I call home,” the then 33-year-old told the BBC, “I love the family atmosphere here and would like to thank the club for the incredible confidence they have placed in me since I joined five years ago. I never thought for a second that money comes before happiness hence my decision to stay here. I will continue to give my all to bring joy and success to our supporters who have all passionately stood by us.”

Unfortunately for Enyeama that Lille may be long gone, but he remains understandably grateful. Having waited until his late 20s to rise to prominence at the 2010 World Cup with the Super Eagles, Enyeama only moved to Lille in 2011 after several seasons in Israel – a move that would eventually change his career.

Finding little enjoyment in being second choice behind Mickael Landreau in 2011-12, only making three appearances for the LOSC first team, Enyeama was initially loaned back to Maccabi Tel-Aviv for the following campaign. It was August 2013 before Vincent managed to establish himself with Les Dogues as he turned 31, aided by the arrival of Montpellier title winning coach René Girard and the release of an aging Landreau the winter before.

Once installed at LOSC’s first choice, Enyeama rapidly became one of Ligue 1’s best, famously completing 1,062 minutes without conceding a goal in the 13-14 season and winning the UNFP player of the month twice in the process while keeping an astonishing 21 clean sheets from 38 league games that year. Another 40 impressively followed over the next three Ligue 1 seasons for what was often a poor Lille team under Girard then Hervé Renard and Frédéric Antonetti.

Enyeama remains a confident character, his experience and leadership have been missed terribly in recent months, always wearing his heart on his sleeve, tweeting earlier this year: “Happy Father’s Day to all the real, hardworking, wonderful, amazing, loving fathers out there. May our efforts not be in vain. May God bless our kids and make them successful. God give us wisdom to raise them properly.” Meanwhile Enyeama also famously joked with Italian referee Nicola Rizzoli at half time in Nigeria’s 2014 World Cup meeting with Argentina that he should stop giving Lionel Messi so many free-kicks around the box because “the guy is so good, and I’m so shit.”

Amid a various disagreements with Nigeria coach Gernot Rohr, banishment from Lille’s senior squad eventually cost Enyeama a trip to what would have been a fourth world cup in Russia but his legendary status continues to be a source of support for successor Francis Uzoho. “My biggest hero for Nigeria remains Vincent and I will always admire him.” Uzoho told Nigeria’s Daily Post, “To think I was watching him at the last World Cup in Brazil, to now getting a chance to follow in his footsteps is unbelievable.”

Turning 36 next month with year to run on his lucrative Lille contract, Vincent Enyeama may be fading from view but his talents remain undeniable and many a club could still benefit from the leadership and sharp reflexes that Marcelo Bielsa dismissed so quickly. Lille most of all.