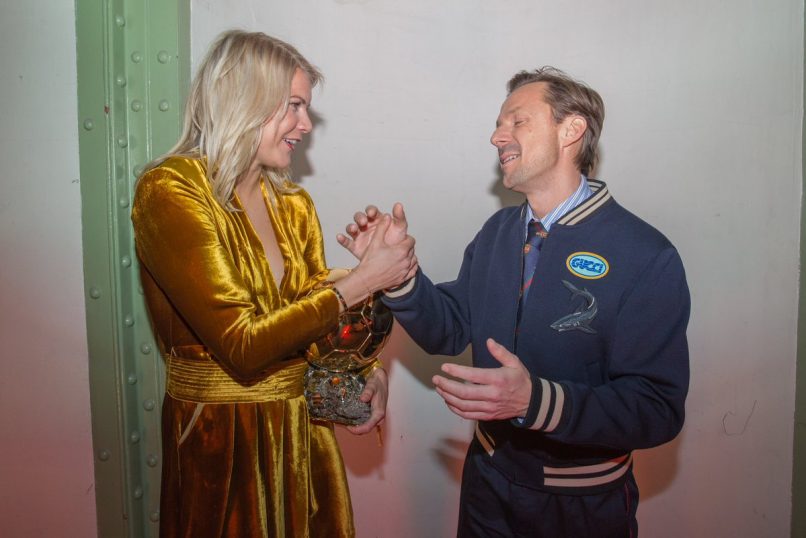 The 2018 Ballon d’Or ceremony not only marked the end of Ronaldo’s and Messi’s ten year-long reign over the main prize, but also ushered in a new era for the award, with the formation of the first ever Ballon d’Or for women’s football.

The Lyon and Norway striker, Ada Hegerberg, was crowned the inaugural winner of the award, which honoured the best female player, deemed to have performed better than any of her peers over the calendar year. The 23 year-old fully deserved the prize, memorably scoring in this year’s Champions’ League final as Lyon beat Wolfsburg 4-1 on a historic night in Kiev.

But this historic night for women’s football was rapidly marred by controversy after host DJ, Martin Solveig, asked the first ever female winner of the prize if she knew how to “twerk”. The player simply responded “No”. For anyone who is not aware of this term, it denotes a sexually provocative dance.

Her glorious moment was quickly overshadowed by this terrible attempt at “humour” as most headlines read the following morning: “Ada Hegerberg asked if she knows how to twerk as she accepts her Ballon d’Or”. Twitter also took over. The outrage was widespread and largely decried as sexist, with thousands slamming the French DJ, who soon after published an apology video.

Even professional athletes reacted, with the likes of tennis player Andy Murray chiming in: “Another example of the ridiculous sexism that still exists in sports”. Many female footballers took to their own social media channels and expressed their sympathy and disbelief over the remark, explaining that most of them face these kind of problems every day.

As an aspiring woman in the world of football, I was saddened and shocked as the scenario played out on Monday evening. I asked myself: “Wait, is he really asking her to twerk?!” Admittedly, some nuance has been lost as social media took control of the matter. Solveig was trying to get Hegerberg to dance as he had done with Kylian Mbappé minutes before following the Frenchman’s collection of his Trophée Kopa award and the French DJ always intended his comment as a joke, as he and Hegerberg seconds later danced to a Frank Sinatra track, “Fly Me to the Moon”, which was a nod to the player’s trailblazing achievements as the first female Ballon D’Or victor. But that ultimately doesn’t matter – what really matters is why did he not ask Mbappé to “twerk”? Solveig’s initial apology came across not as insincere, but perhaps underlined his inability to understand how his remarks were sexist.

This is just another reminder that there remains a lot of work to do to free football from sexism. This of course follows other sexist comments made towards female footballers. An incident that springs to my mind is Karen Carney’s story. The Chelsea women’s midfielder received abusive comments after a recent game on Instagram including: “I hope someone will rape you to death”.

However, the high-profile nature of this latest case and the global outrage it has caused provides in itself an opportunity to capture this momentum and continue to highlight the need for better treatment towards female footballers in a sport that at least in Britain has historically predominantly been inextricably linked with the sort of “lad” or “locker-room” culture that is often at the root of the tribulations that an individual like Carney has had to face.

Monday night was supposed to mark a huge step for women’s football and instead what people will focus on is Solveig’s unnecessary comment. Instead, we should have been taking away the fact that this is the first time the Ballon d’Or has been awarded to a woman since its creation in 1956. Whilst I find it sad that such an historic moment in the women’s game was marred by the ignorance of one individual, the “un mal, pour un bien” (a bad deed, for a good deed) principle must be applied here if we feel it can be – and the electricity and outrage this incident has caused must be channelled into promoting greater respect for and interest in, women’s football and its greatest players, like Ada, in the future.