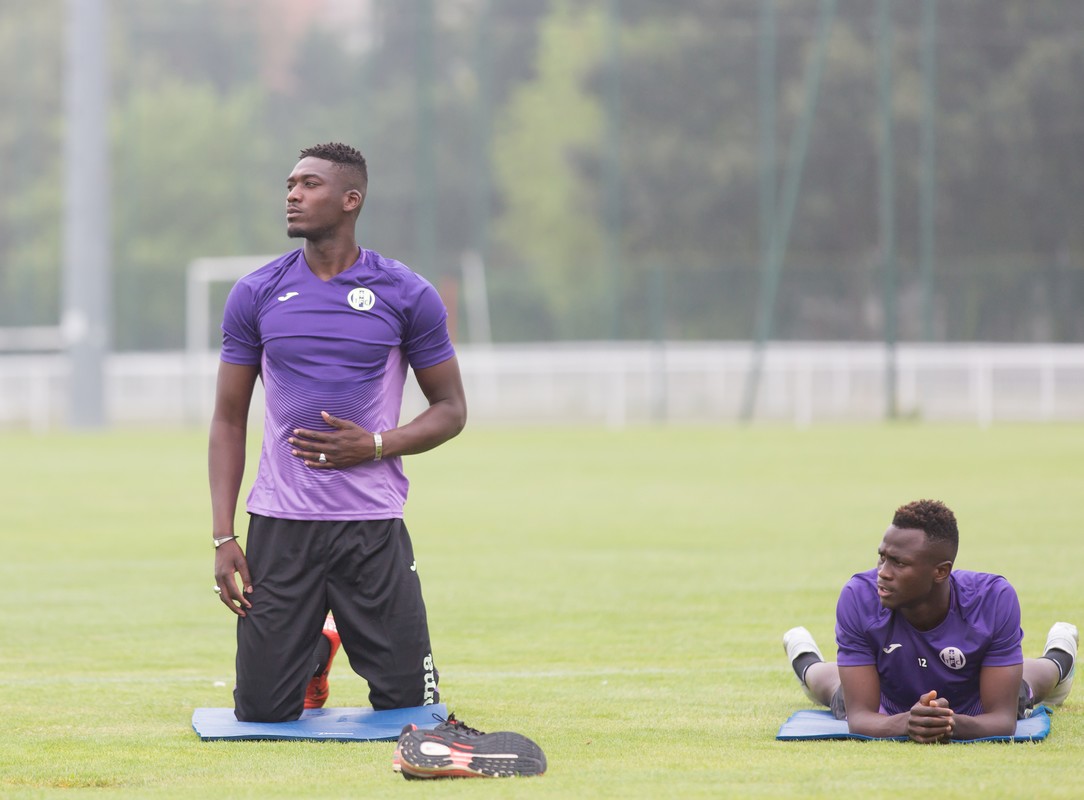 It’s springtime in Ligue 1 and for Toulouse FC that can only mean one thing: the annual will-they-won’t-they relegation fight is underway. A turbulent season in which the manager who had been their previous saviour, Pascal Dupraz, was axed has left the club in search of another man to get them off the hook. That man may be Yaya Sanogo, the former French youth international forward who arrived on a free in the summer, and who has finally started to find a bit of form that could help Toulouse remain a top-flight team, for another season at least.

Yes, Yaya Sanogo. A name that many football fans will be familiar with, but one that they may not be able to recall having ever seen play, such has been his rotten injury record and form over the last five seasons, or in other words most of his career. The player who signed for Arsenal in 2013 is often cited as the archetypal Arsène Wenger-with-blinkers-on signing: a promising young French prospect who had done well in a couple of seasons at Ligue 2 outfit Auxerre, but who was grossly unprepared to make the step up to a new league in a new country.

A series of recurrent injury problems, unproductive loans, and an unlikely start in a Champions last-16 tie against Bayern Munich summed up his bizarre and frustrating time away from France.

That time abroad only produced 3 league goals, all while on loan at Charlton Athletic. So when Toulouse picked him up on a free transfer after his release from Arsenal, it was seen as something of a gamble, albeit one where the stakes were quite low.

On one hand, here was an injury-ravaged player who had only managed 56 professional appearances since his debut in 2010, a player who on paper was a striker, but one that did not score and thus had become a figure of mockery for it, specifically among English football circles.

On the other hand however, the club were signing a physically imposing 6 ft 3 striker, who had at one time been the next great footballing prospect in a country where pretenders to that title are seemingly everywhere. And at only 25, Sanogo should be approaching the prime of his career, and yet it feels like it has never got started, something he admitted upon his arrival in Toulouse: “the club is the perfect setting to move forward and rediscover the attacker I once was.”

His opening months at the Stadium Municipal did not leave anyone thinking that the grand relaunch was underway: he struggled for minutes under Dupraz, managing only 347 before the Savoyard got the boot in January. When he did manage to steal a cameo off the bench or a rare starting place, he looked decidedly rusty. In other words, very much the player that struggled in Championship or in the Ajax reserve team.

Only at the turn of the year, coinciding with the departure of Dupraz, did Sanogo’s prospects take a turn for the better. The striker bagged his first Ligue 1 goal in the victory against Troyes at the end of January, just a week after Michaël Debève took over. Dupraz may look back upon this sudden upturn in form with a wry smile, but there has been little suggestion that Sanogo was holding back due to a personality clash with Dupraz. It was probably more the fact that in the first half of the season, the player was patently unfit, and it is only now that the fruits of his efforts to regain fitness are being seen.

What also would have helped is Debève’s trust in putting Sanogo as his first choice striker, ahead of the misfiring Ola Toivonen and Andy Delort. “His head is up and he can last 70/75 minutes, which he was not able to do in the first half of the season. We’ll see him really find his level in the next few weeks…He’s really working to be better, and he’s on a good path,” Toulouse’s current caretaker coach said shortly after his appointment. These words, and his faith, are finally starting to pay off. Sanogo has been awarded regular starts, and is beginning to last the full 90 minutes, a feat unthinkable only a few months ago.

And Sanogo is making those 90 minutes count. The pragmatic Debève sees the value in having his physicality and his ability as the focal point in attack and playing to those strengths. Indeed, all four of his goals (vs Troyes, Monaco, and a double against Strasbourg) have come from crosses. His finishes have been sharp, instinctive and indicative of a man quite frankly born to be a striker. The fact that three of those four goals came in the last five minutes of the match, and meant the snatching of two draws from matches that looked like defeats, will make for a happy manager as he plots his team’s way to safety.

In a week where Toulouse’s key man in the remarkable 2015/16 escape, Wissam Ben Yedder commanded continent-wide applause for his exploits at Old Trafford, and earned a first call-up to the French squad, attentions, and hopes, will have turned to his successor to provide the performances and goals required to keep the Téf up again. In a frustrating career that has yet to ignite, Yaya Sanogo has so often been a punchline. Over the next 8 games, the in-form striker may finally be the one laughing.

Hugo Lloris on Paul Pogba: “He is one of our leaders.”