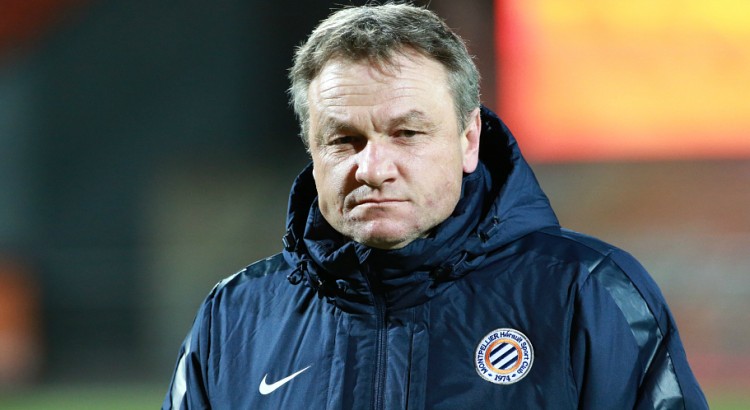 2017 was undoubtedly a difficult year for Metz, despite maintaining their top-flight status. Les Grenats managed to avoid relegation despite Ligue 1’s worst defence, but their transfer moves in the summer were widely panned. The club, who have developed players such as Juventus’ Miralem Pjanic, Liverpool’s Sadio Mané and Robert Pires, had unearthed another gem in the form of the young Senegalese attacker Ismaïla Sarr, and did well to recoup €17m excluding bonuses from Rennes for the youngster. However, rather than retaining the services of Cheick Diabaté, whose goal-scoring prowess on loan had been key to the club’s improvement in the season’s latter half, the money was barely re-invested, with Philipp Wollscheid’s arrival from Stoke being the club’s biggest signing at €2.5m.

There were other arrivals, sure, but they were mostly of a piece, players who were experienced in Ligue 1, but had rarely excelled: Nolan Roux, Emmanuel Rivière, Cafú and Julian Palmieri. There was also the arrival of the talented but inexperienced centre back Moussa Niakhaté, but in addition to the losses of Diabaté and Sarr, veteran midfielders Georges Mandjeck and Cheick Doukouré also left for greener pastures, leaving the well-liked Philippe Hinschberger to deal with a massive churn of players from a squad from which few would already have expected anything other than another relegation scrap.

That Hinschberger’s tenure was a short one during this campaign, then, was no surprise, but how poorly his team played was almost unprecedented, as the club recorded a loss in nine of their first ten matches, leaving them six points from safety by that point.

At the end of October, the club, upon dismissing Hinschberger, brought in Frédéric Hantz, an experienced head in Ligue 1, but also a manager with little precedence for solidity, his reputation largely having been built on earning Bastia successive promotions and solidifying their place in the top flight. His most recent spell in charge, with Montpellier, had seen him endeavour to play attacking football, but with little regard for defence, a decision which cost him his job last January.

His arrival failed to pay any immediate dividends, as it took him nearly two months to earn his first win, a 3-1 victory at his former club in mid-December but in the time since, Metz have earned thirteen points in their last six matches, a figure bettered only by leaders Paris Saint-Germain in that span.

The team are still in last place, six points and goal difference from the relegation play-off spot, and wins from the likes of Lille, and Toulouse this weekend will have increased the odds of Metz bridging that gap, but Saturday’s 2-1 win over Nice served as a brilliant encapsulation of how Hantz (and the arrival of a few key players) has given the eastern side a fighting chance at a third successive season in Ligue 1.

One may point to the sending-off of Nice midfielder Pierre Lees-Melou before the interval as being a mitigating factor in Saturday’s match, and there is some truth to that, as there had been in Dijon and St-Étienne also finishing with ten men against Les Grenats in recent weeks, but Metz were more than good value for the win even when both sides were at full strength.

Nominally lining up in a 4-2-3-1, the hosts’ system actually evinced as more of a 3-4-3 or 3-5-2, with Hantz taking full advantage of the versatility that much of his eleven possess to both create a solid platform in midfield whilst still maintaining a high degree of pressure on Nice’s inexperienced back-line.

With Niakhaté capable of playing both as a full-back and as a centre back, Julian Palmieri, now fit after struggling following his arrival from Lille, was able to push further up the pitch, providing natural width and allowing the energetic Roux (more comfortable in a central role as evinced by his two goals) to harry the back four in concert with January signing Danjiel Milicevic.

The little midfielder, on loan with an option to buy from KAA Gent in Belgium, has added a dash of creativity that the centre of the park had sorely been missing whilst displaying the same level of freneticism as Renaud Cohade, who can now play slightly deeper as befits his more physical style. Behind those two, Georges Mandjeck has returned, again on loan, from a difficult spell in the Czech Republic and has added a robust and reliable presence in front of the defense, something rarely afforded the club by the likes of Cafú and fellow summer signing Gerónimo Poblete.

On the right flank is where Metz really impressed, though, through the emergence of Florent Mollet, whose adaptation may be Hantz’s most inventive change. Rarely able to get a game behind the excellent Mathieu Dossevi earlier in the campaign, the former Dijon man has also struggled with injury this season, but has blossomed under Hantz, showing a good eye for goal and a leather-lunged ability to track back.

This has, in turn, allowed right-back Jonathan Rivierez to play more narrowly and maintain the back-line’s shape, no small advantage for a club who had regularly been poor at the back. The return of Dossevi (and Yann Jouffre) will give Hantz pause as regards Mollet but for now the way that he has cannily moulded this squad from historically poor into a feisty unit with more than a dash of creativity is something to behold. Metz may yet be relegated, but under Hantz, one can be sure it will not be without a fight.

1 | Despite beating both PSG and Monaco last week as well as seven consecutive away wins, a rejuvenated Bordeaux under Gustavo Poyet’s tutelage for the first time proved to be too much for Lyon on Sunday. Previously weak and porous Bordeaux were steadfast and aggressive throughout the 3-1 win as Nicolas de Préville, relieved of an ill-fitting lone striker role, opened the scoring for the second game running before a brace of penalties pushed Les Girondins into an unassailable lead. Poyet has provided renewed impetus before but whether he can cajole such displays in the long term remains questionable, for now however it is difficult to argue with an intense performance and a crucial victory.

2 | This is just Edinson Cavani’s fifth season with PSG but a 157th Paris goal in his 229th game in the 4-0 dispensing of Montpellier lifted him above Zlatan Ibrahimovic as the club’s all-time leading scorer. His tally far exceeds third placed Pauleta’s 109 from 212, further illustrating the club’s transformation under Qatari rule. Cavani however has continually sacrificed the limelight for the sake of the team and suffered being shoved out wide to accommodate Ibrahimovic and, although it may have taken him a while to rediscover his predatory form, El Matador’s record remains imperious and his accolade is well-deserved.

3 | Following Monaco’s demolition of Marseille last autumn, it was hard to imagine the two swapping league positions ahead of the return fixture but nevertheless their opposite trajectories made this a reality as they met on Sunday night. The four goals shared at the Vélodrome and Rudi Garcia’s more confident outlook underlined his team’s development since into an exciting, more effective, if still flawed, unit. Monaco however are in danger of missing out on the Champions’ League altogether having looked like title challengers in the opening weeks; not only have they failed to cope with their transfer window-inflicted losses but they have been surpassed by the chasing pack.