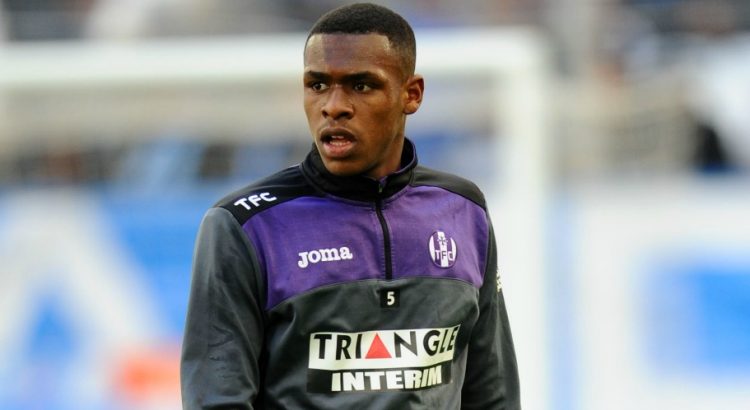 Despite an often-spirited performance against leaders Paris Saint-Germain at the Stade Municipal on Saturday afternoon, Toulouse’s recent struggles continued in a 1-0 loss. There had been a pair of 1-0 wins in the league prior to Saturday’s clash, but it is hard to take much solace in beating a Nice side missing more than half its first-choice eleven or in a home win against a Troyes team who were forced to play nearly the entire match with ten men. There was also an embarrassing elimination from the Coupe de France, losing 2-0 to Ligue 2 strugglers Bourg-en-Bresse with a team that, despite a small degree of rotation, was still largely composed of first-team players.

Things were supposed to change for the Occitan club upon the dismissal of Pascal Dupraz, whose limited talents had become all too apparent in the current campaign. A fine motivator whose fiery personality helped the team avoid relegation in 2016, his failure to make noticeable improvements to a talented group of players was clear, with highly-touted players such as Issa Diop, Alexis Blin, Yann Bodiger and Kelvin Amian at similar stages to where they had been eighteen months ago, stymied by inconsistent tactics and a lack of discipline. Teenage goalkeeper Alban Lafont avoids criticism on this count, and even played a blinder on Saturday, making several smart saves, but he seems the exception that proves the rule, especially given Toulouse’s baffling transfer policy.

Toulouse have a massively talented cadre of young players, but their strategy in recent transfer windows is patently one driven by fear of relegation. Rather than taking a page from the likes of Monaco and Lyon in complementing their impressive young core of academy products with similarly aged talents, Toulouse have opted for players whose best days may already be behind them, choosing experience over potential. This practice smacks of a club, who rather than seeking to improve and grow with their young talents, have been paralysed into merely trying to avoid relegation, bringing in the likes of Jimmy Durmaz, Giannelli Imbula, Ola Toivonen, Yannick Cahuzac, Yaya Sanogo and more recently Max-Alain Gradel and Firmin Mubele.

One can make a fair justification for the need to sign a striker, as the departures of Martin Braithwaite and Wissam Ben Yedder in successive summers had left the team rather thin up top, but in bringing in Imbula and Cahuzac this summer, the team seemed to be definitively undercutting the confidence of their cadre of young midfielders (which had also included the talented but troubled Zinedine Machach) by bringing in more experienced players in their positions.

Cahuzac has not been a regular starter for much of the season, but Imbula, reputedly the team’s highest earner, has featured in every league match save two since his late arrival from Stoke. There is no doubting Imbula’s work ethic, but his creativity and ability on the ball are sorely lacking, standing in stark contrast to the play evinced by Bodiger and Blin. This, especially when coupled with the loss of the underrated Óscar Trejo in the summer, has often given Toulouse a very pedestrian aspect in midfield. With Blin (for whom injuries have admittedly been a concern) and Bodiger (who has often not even been able to get into the eighteen) not being afforded much in the way of opportunities, Toulouse’s attack has been very poor, with only Caen having a worse scoring record to date.

Much of was down to a lack of tactical resolve on the part of Dupraz, but his replacement, Mickaël Debève, seems to be unfortunately like-minded. Debève has shown consistency as regards his system, to be fair, but has set his teams out in an overwhelmingly negative fashion, failing to make good use of his most talented attacking players, Gradel in particular. On Saturday, the Ivorian had been getting the best of Dani Alves in the match’s early exchanges, but a lack of balance in Toulouse’s 4-5-1 often saw him switching flanks, where he was more easily minded by Yuri Berchiche. Gradel was mentioned as one of those players whose signing seemed to be one of desperation by Toulouse, but the fact of the matter is that without his goals (six in fifteen starts), the team would likely be in similar territory to Metz, cut away from safety, yet little to nothing has been done to make the best of his talent.

In defence, things have also baffled, as, save Diop and Lafont, Dupraz often opted for experience, resolving to play Steeve Yago and Francois Moubandjé at full-back, thus limiting the opportunities of Amian and Clément Michelin. Both highly-touted youth internationals for France, they, as well as Issiaga Sylla, who sparkled on loan with a poor Gazelec Ajaccio team two seasons ago, have seen their development similarly stutter, even if Sylla currently looks to have taken advantage of a lengthy absence on the part of Moubandjé. To wit, Toulouse are clearly adept at bringing through talented young players, but they are doing next to nothing to evince any trust in said players, and the results to date speak for themselves, with the club just a point out of the bottom three.

The general consensus was that Toulouse had done well to hold on to the likes of Lafont and Diop this summer, but with relegation still looming, how much patience can these promising young players be expected to evince? Their own growth seems to be stagnating along with that of their team, and it is hard to imagine they or the likes of Amian and Michelin wanting to continue in a squad that offers little in the way of opportunity on the pitch or overall success. If Les Violets fail to sort things out, and quickly, the team, through its intransigence in the market and on the pitch, will have only itself to blame for failing to capitalise on what is one of France’s more promising sets of prospects.

Fancy a flutter on this week’s mid-week football? Use this NetBet Review.

1 | Rudi Garcia’s first game at the Marseille helm in October 2016 was a painfully boring, if creditable, 0-0 draw in Paris. For the following year OM struggled to develop in spectacle and flair while results have only hovered around ‘acceptable’. This winter however, Garcia’s side have blossomed into the cavalier, free-flowing outfit that the squad seemingly facilitated and their pugnacious fans insisted upon, while results have remained steady. The 2-2 draw with a newly stubborn St Étienne also underlines room for improvement but Garcia, often criticised for failing to improve upon one-dimensional and individualistic displays, deserves credit for finally moulding his side into arguably, on form, Ligue 1’s premier attraction, while a look back over his tenure shows a generally upward curve given the disarray he found them in. The ‘Champions Project’ is not the laughing stock it once was, as the Vélodrome prepares hopefully for a return to Champions’ League football.

2 | Real Madrid have been looming over Paris ever since the Champions League last 16 draw was made. The French (and Spanish) media have become increasingly fixated on a tie that, considering the money spent in the summer, is arguably the biggest in PSG’s history. Paris however, as their narrow 1-0 win in Toulouse proved, approach the game with a variety of nagging questions. Dani Alves, having struggled with Max Gradel’s pace, at 34 could easily be exposed by Gareth Bale, Thiago Motta’s likely absence leaves a gap at the base of the midfield that an unfit Lassana Diarra and a still youthful Giovani Lo Celso have yet to prove they can ably fill in such a crucial evening, while Edinson Cavani and Kylian Mbappé’s goal-scoring has started to dry up, the pair accounting for just three of the team’s last 19 Ligue 1 goals. This time, Paris have to hold their nerve on the big stage, Unai Emery’s future depends on it.

OGC Nice President Rivière: “We find it deplorable that Mario had to suffer another incidence of racism.”