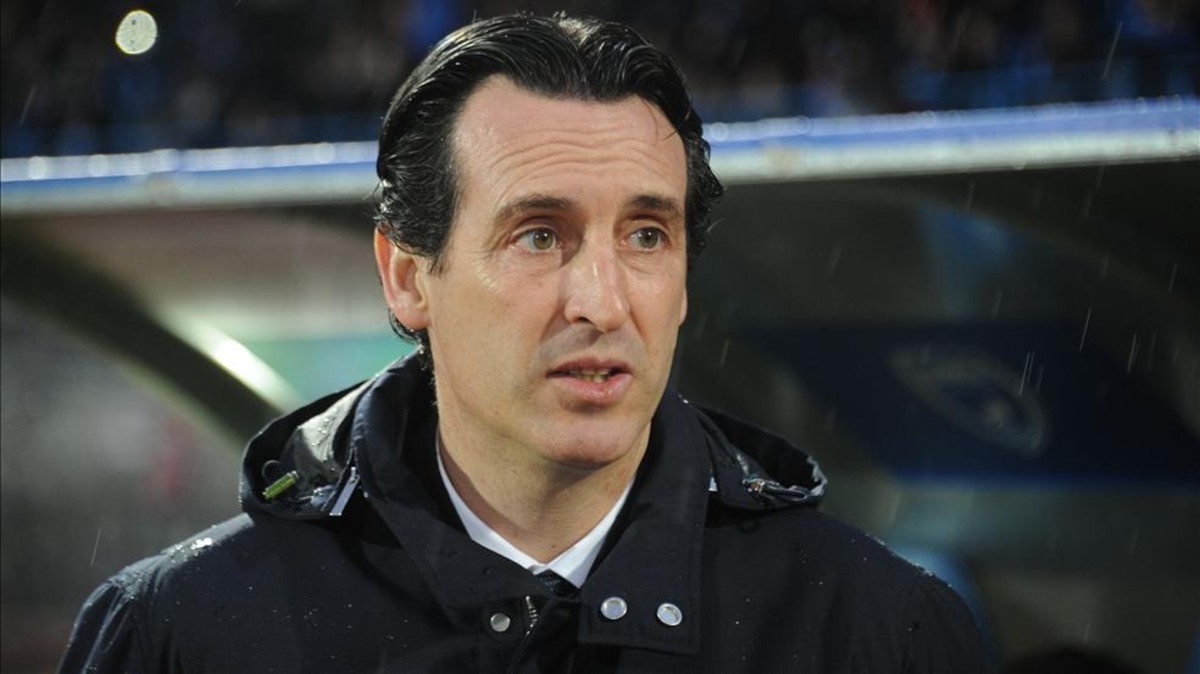 “We started by producing the match that we needed to,” a frustrated Adrien Rabiot explained after PSG’s 3-1 loss at the Bernabeu. “We always say the same things, we always do the same things but in the end we are always beaten in the same way.” PSG have become institutionally, cripplingly naive and refuse, as both Rabiot and Saturday’s visit of Strasbourg underlined, to learn from their mistakes.

For Marcelo read Jean-Eudes Aholou, as an almost identical defensive lapse that will likely cost PSG their latest overblown attempt to win the Champions’ League put Strasbourg into a surprise early lead at the Parc de Princes. Just as Rabiot himself failed to track the late run of Marcelo, Ahoulou was afforded the freedom of Paris box, evading Lassana Diarra to stroke home. Just as Nuno da Costa’s free header helped Strasbourg to a win in the first game between the two; just as a clumsy clearance from Marquinhos let Robert Lewandowski initiate an simple 3-1 win for Bayern Munich; just as successive errors lead to the remontada at the Nou Camp, these mistakes have become endemic.

As is nearly always the case in Ligue 1, Paris paid little mind to Ahoulou’s strike and were 3-1 up 15 minutes later and ran out 5-2 winners, their obscene fire power hauling them out of trouble with ease. Ligue 1’s lack of competition outside the top four equalling few genuine tests for PSG, leading to an absence of the rigour needed to remain watertight at the highest level is an obvious explanation for these lapses, but it is also a long standing one and this can no longer be solely blamed for their aberrations. Their coach has not been able to eradicate such laxity.

Unai Emery’s supposed tactical nauce has rarely been seen in France as he continues to make errors of his own, an inability to eradicate these correctable habits is compounded by naive squad management. Thiago Silva’s surprise omission from the Madrid tie was in principle the correct decision as Marquinhos and especially Presnel Kimpembe have routinely proved their worth, not least in the 4-0 first leg win over Barcelona last season, while Silva’s lack of leadership in the following leg was nothing new.

Nevertheless to inform the respected club captain the he would be omitted just hours before the mammoth tie was only asking to unsettle the side, whilst giving them no time to adapt tactically. Dropping Silva after the Barcelona loss or at the end of last season would have made more sense, Emery’s hand was allegedly staid by the strengthening of Silva’s following the arrival of compatriots Neymar and Dani Alves. A further case where Spaniard’s weak handling of an ego heavy team and rash last minute decisions have again cost Paris, just as Laurent Blanc’s bizarre move to a barely used 3-5-2 before the dire Champions’ League quarter-final loss to Manchester City in 2016.

Emery’s reign has become defined by indecision and an absence of mental fortitude, much as Blanc’s was. Silva was straight back in the team wearing the armband for Strasbourg, Marquinhos and Kimpembe’s displays in Madrid hardly disastrous enough to abandon their pairing. However, Emery’s insistence on the use of Giovani Lo Celso proved to be the biggest mis-step. Obvious talent aside, Lo Celso is an attacking midfielder and despite a promising recent run in a more defensive role, he looked unassured during his only comparable outing in the trip to a hostile Lyon. Lo Celso’s naivety equalled his coach’s in clumsily challenging Toni Kroos, another defensive lapse, to concede a penalty in the week.

Adrien Rabiot, proven in this position and experienced at this level, was the obvious candidate to fill the injured Thiago Motta’s deeper role with Julian Draxler moving into the midfeld trio as its most attacking element, but again Emery’s weak management may have prevailed as Rabiot has recently protested playing here. Blanc also suffered with Zlatan Ibrahimovic-centric player power and it is again a flaw that has long been prevalent, even toxic. Javier Pastore and Cavani’s unsolicited late returns from the winter break, Silva’s comments on the subject and Neymar’s absence after his birthday party not to mention his frosty relationship with the coach, are all recent examples of this strain of apparent unprofessionalism and skewed dynamics that have been prevalent since QSI’s investment into PSG.

Player influence was an issue before Neymar’s arrival, but now individualism sets the tone. Not one pass was completed at the Bernabeu between Neymar and Edinson Cavani nor Mbappé and Cavani. A particularly egregious example of Neymar ignoring a wide open Mbappé may have truly cost PSG who were again bereft of cohesion in a pressure encounter.

Rabiot himself embodies Les Parisiens’ problems, not only did he let Marcelo drift into the area unchecked late in the midweek game and protest his use in the holding role, but his clear disappointment at and criticism of the PSG display underlined what winning for the clubs means to him as academy graduate and as a Parisian. A mindset that others lack and one that the club has not seen fit to nurture, despite being embarrassed by Monaco’s young talent last season.

PSG sparkled at times against Strasbourg, but in truth Cavani’s pair of delightful finishes only masked another wayward defensive display as Silva was sucked out position for Strasbourg’s second while a third was incorrectly ruled out for offside – mistakes PSG’s individual brilliance cannot disguise in the Champions’ League. Emery and those above him should heed Rabiot when he says winning these games does not matter, that it is at the Bernabeu “that you have to stand up and be counted” and it is by finally admitting and addressing some perpetual problems, that might at last allow them to do so.

1 | Another week, another Robert Beric goal for Saint-Étienne. The Slovenian had been sent out on loan in the summer by Óscar Garcia, as an archetypal target man did not suit his designs of playing more aesthetically pleasing football, but since his January return, he has notched four goals, including three in the league. By acting as a focal point in attack, he can allow the team’s more creative players the sort of time and space on the ball that they have been largely lacking this season. With thirteen points from the seven league matches in which he has appeared, Sainté aren’t going to push for Europe as a result of his arrival, but he, more than some of his more notable teammates (Yann M’Vila, Paul-Georges Ntep) has made the difference as the Loire club have climbed out of the relegation fray.

2 | Lyon will have been disappointed by dropping two points in Lille, drawing 2-2 with the hosts, but more than a poor showing by the visitors, Christophe Galtier’s motivational tactics made the difference. Trailing 2-0 and having been forced to substitute off one of their better attackers in Anwar El Ghazi, things looked grim indeed, but for the second week running, Les Dogues found it within themselves to take a point off a top five opponent. Relegation remains a concern, but on the strength of another comeback, this side should have the belief required to stay up.

3 | Marseille were hardly inspiring in defeating Bordeaux 1-0 in Sunday’s late match, but the result was what was required after Monaco had won on Friday evening. Florian Thauvin was again the hero, scoring the game’s solitary goal in the first half, and equaling his career best for a season in the process. The club will continue to attract naysayers for this approach so seemingly reliant on chance and one individual, but having now pulled six points ahead of Lyon, it has become increasingly hard to argue with the results.