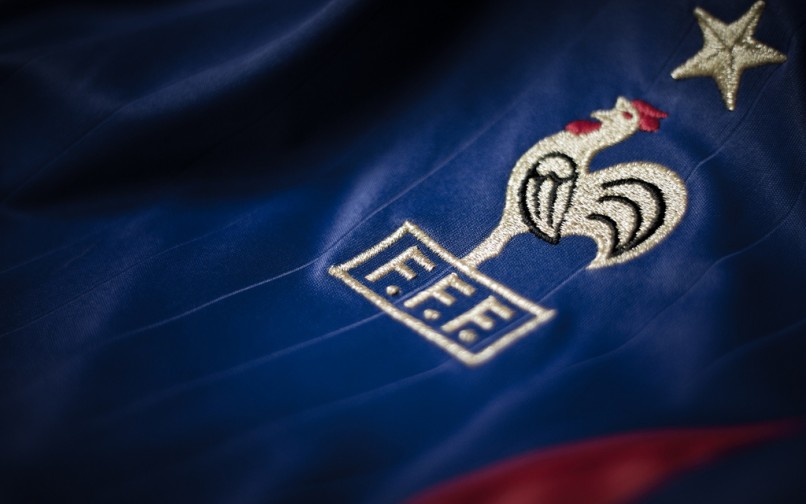 Les Bleus kicked off their World Cup preparations this evening at the Stade de France in a routine 2-0 victory over Ireland. See how the French fared:

The Marseille man was relatively untested throughout this game, with the majority of the match being played in the Irish half, but when he was required, Mandanda didn’t look all too comfortable. We all know that he will be the understudy for captain Hugo Lloris, but he exclusively appeared above average when tested, which albeit was on very rare occasions except for his late save from close range from James McClean, which preserved the clean sheet.

Going forward, Sidibé is one of the best full backs, attacking with pace and having a great cross on him too. However, the big concern remains his defensive capabilities. It’s fair to say that defensively we didn’t learn all that much about France tonight, but we know that for Sidibé, his defensive liabilities remain, regardless of his attacking prowess. Speaking of which, the Monaco man was good going forward and nearly grabbed an assist when his run from the right wing into the middle found Corentin Tolisso, whose shot hit the post.

It’s easy to label Rami as simply a backup for this tournament, but whilst he may be behind both Samuel Umtiti and Raphael Varane in the pecking order, the Marseille defender can still put in a decent shift when called upon. He mopped up any danger that threatened to come his way tonight and despite the fact that he wasn’t marking any individual player specifically, he looked solid and strong alongside Umtiti.

We all know that given the talent of Umtiti, he is almost definitely going to be a starter in this summer’s World Cup, but he still needed to impress tonight to keep the confidence in both his and his side’s capabilities high. As previously stated, the French backline wasn’t breached enough to warrant this being a true “test” of their ability, but nevertheless the Barcelona man looked comfortable on the ball and seems to be in much better shape going into this World Cup than he did going into the previous Euro 2016 tournament.

Considering the full back has just recovered from a lengthy lay off from injury, the Manchester City man did not look a step out of place or even lacking in any match fitness,  attacking with intent regularly and looking good when he really went at the Irish. He got a couple of crosses in that really looked inviting, but the forwards couldn’t quite get on to the end of them and at one point, Mendy even had Shane Long – a striker – tracking him all the way back to the corner flag, essentially dragging Long to become a second full-back.

If it is possible to play your way into a starting XI for a World Cup squad as deep in class as France, then Corentin Tolisso tried his upmost to stake a claim for a starting berth. He was brilliant in the middle and nearly grabbed himself a goal when his curling strike from outside the box just hit the post, arguably the most impressive player on the pitch today and was calm, collected and smart on the ball. You’d suspect that he might make a good partner for Paul Pogba in the middle, or even to pip the Manchester United man to his post, but only time (and Didier Deschamps) will tell.

The average score rating is not a negative for the Sevilla man, but because of his safe style of play in the defensive midfield position he never really got too involved and let the pair of midfielders in front of him complete most of the work. It’s such a shame for N’Zonzi that the player in direct competition for his place in this team is arguably the best defensive midfielder on the planet in Kanté, but the former Blackburn and Stoke man adds a degree of levelheadedness on the ball and oozes calmness and patience without putting any of his teammates under pressure.

Likewise with N’Zonzi, Matuidi was relatively quiet for the game but did get going eventually with his trademark lung bursting runs, although he was largely outshone by his midfield partner Tolisso. The shame for Matuidi is that while he may be an experience head and a reliable midfielder, which he showed tonight in Paris, he also lacks a little bit of cutting edge that this France team is going to need in the future. What tonight showed us was that Matuidi is a good player to have in the squad, but maybe his time as a bonafide starter is up?

Tonight wasn’t the most electric of nights for the young star in his home town, but one suspects that he may have been protecting himself for the World Cup, just in case something went horribly wrong. He was still his lightning-fast self when he was running at Seamus Coleman, but his end product just wasn’t at its most elegant tonight, with one or two flicks going amiss of their target and ultimately Mbappé wasn’t as involved as we’d have liked. But, he did still destroy the legs of the Irish defenders, with his pace just being too hot to handle.

It’s honestly unbelievable how underrated this man still is, at least at International level. He’s got the same amount of international goals as Zinedine Zidane and only David Trezeguet, Michel Platini and Thierry Henry are ahead of him in the scoring ranks. If you’re shocked at that, tonight was a good example of how Giroud gets his goals. He’s smart, has perfect timing and always capitalises on the best chances. His goal was just a tap in from close range, but his leap for the initial header was superb and his anticipation for the rebound ahead of the Irish defenders summed his game up. His link up play makes him a dream to play with for the other quicker and trickier wide players, and it should be beyond doubt that Giroud will be France’s starting striker.

Like with Tolisso, Fékir tried his hardest to play his way into contention for a starting spot in the opening game of the World Cup campaign, and he would probably be in the side if it wasn’t for the abundance of other world class talent ahead of him. That being said, tonight showed he is more than capable of being a match winner from the bench, even if his goal was slightly fortuitous. He played with confidence, with swagger and it reminded me slightly of Dimitri Payet prior to Euro 2016 when he knew he had the ability to win games on his own, he just needed the chance to show it. I’m afraid the only difference in that comparison is I highly doubt that Fékir will muscle his way in to the starting XI.

A solid outing for the young full back, where he showed promise going forward and solidity at the back when the game was winding down.

Another young centre back who has the world at his feet, although Kimpembe may not be a starter (yet), he is more than capable of stepping up to the plate if called upon.

We all know Griezmann is going to be in the starting XI, he just needs to rest his legs after a long season and while he didn’t produce anything this time, it’s the type of run out he needed to keep fresh.

An uneventful showing for the Barcelona youngster, but his pace off the bench would be enough to frighten any opposition into submission, he just requires games under his belt to get into the full swing of things and a good performance in the next friendly could do him wonders.

Much like his friend Griezmann, Pogba needed a bit of rest after a long, drawn out season in Manchester, but once he gets up and running once the World Cup starts, he will definitely be a force to reckon with.

Fancy a flutter on this summer’s World Cup action? Check out this UniBet bonus code.