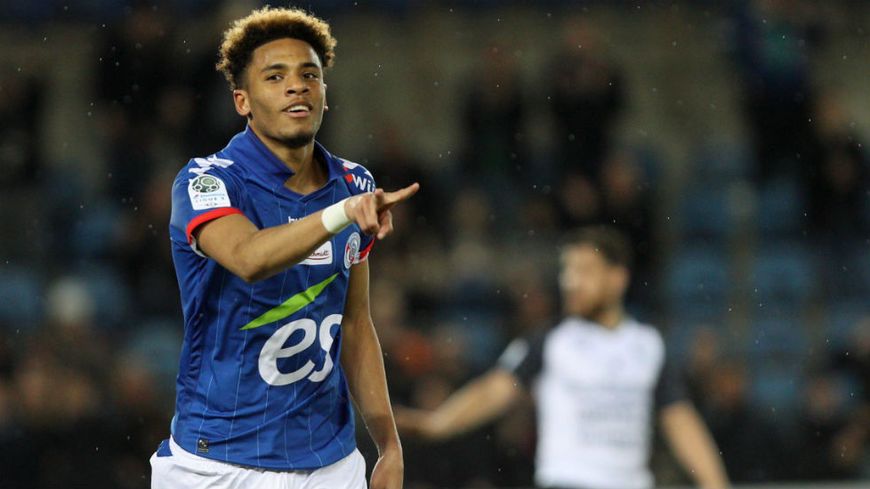 Ihsan Sacko has been tipped for big things for quite some time. He had long been the name that the Strasbourgeois will reel off when it comes to the player whose potential they prize.

But while Strasbourg have certainly surprised many French football commentators this season with their exuberant and pulsating football at the vibrant Stade de la Meinau, the one player who has seemingly been left behind is young Ihsan Sacko.

His first appearance of the new calendar year perhaps reflects his season to date. Against Guingamp, he was off the pace. Playing just off Bahoken and Da Costa, the game passed him by. Ineffectual, sloppy and frustrated, he was hauled off for the more direct Jeremy Blayac before half-time.

The Ligue 1 dream has not quite gone to plan for the Paris-born youngster. At the start of the campaign he insisted he wanted to score ten goals to help his side stay in the division. “We hope that he will have a big role to play this season,” said Strasbourg coach Thierry Laurey ahead of their top-flight return. So far, he has managed none in the league.

In fairness, he has been overshadowed by the fantastic seasons of firstly Martin Terrier, who was snapped up by Lyon this month from parent club Lille, as well as Nuno Da Costa, whose technical ability and influence in the side’s attacking build up has made him a staple in the first team. Coupled with Thierry Laurey’s shift in shape to a narrower 4-1-2-1-2, wide-man Sacko has struggled to find his rhythm in a faster and a more combative division.

But to write Sacko off however would be a foolish endeavour. He remains a player of discernible talent, and the excitement surrounding his potential did not come from a vacuum. The fact that Nice, with their history of player development, have decided to invest in his potential is indicative of his promise.

On the pitch, Sacko would best be described as a raw, tricky winger. With quick feet, a good turn of pace and excellent technique, he has all of the basic attributes to go on to an elite level.

We have, despite his disappointing statistical return, seen glimpses of what he can do. He started the season brightly, against Lille in Strasbourg’s first home league win, he was outstanding, forcing Marcelo Bielsa to replace Fodé Ballo-Touré because he was being torn inside and out by Sacko.

Against Guingamp in the reverse fixture earlier in the season, his technical ability was underpinned by a side-footed 40 yard ‘stroke’ onto the EAG cross-bar. A cruel miss, as with that, he would have exploded across footballing consciousness.

He joined Strasbourg in 2015 from Valenciennes, and after instantly impressing with the under 19s, scoring 12 goals, Laurey’s predecessor and Strasbourg legend Jacky Duguépéroux chose to bring him into the first team fold.

After securing promotion to Ligue 2, Sacko became the heart of the club’s march to consecutive promotions, until he suffered an ankle injury at Reims.

That injury has given him a mental toughness that will bode for the future and the challenges ahead. He has kept his feet firmly on the ground, studying for a Business and Marketing degree alongside his football.

But he is ambitious. He has his sights set on Paris Saint-Germain, like most young footballers from the banlieues of Paris. “From a young age it’s all of our dreams to wear PSG’s shirt,” he told RMC last year. “That’s how it was, long before the arrival of the Qataris.”

Sacko certainly has not set the league alight in the way many had predicted. But a switch to Nice will give him a needed new start. Under Lucien Favre, he will have a manager capable of nursing his growth, while Nice’s system should better suit his playing style, compared with the narrow approach Strasbourg have taken this season.

For a player as confident and ambitious as he is, it may not be long before we see the best of him.