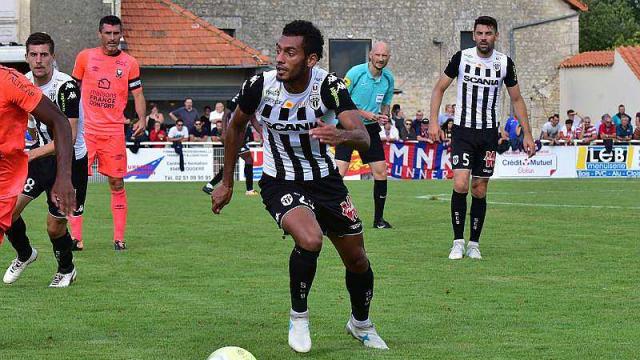 It is quite early in the Ligue 1 campaign to predict which sides will definitively not be threatened with relegation and which are, such is the nature of the French top flight. However, a 4-point gap between 14th placed Saint-Étienne (7 points from a possible 9 since a toothless 0-1 defeat at Nice in late January) and 15th placed Toulouse permits a study as to whether the bottom 6 are doomed to fight it out between themselves or whether other sides in the bottom half may get sucked in.

Are the midtable sides already safe?

Guingamp are 8 points clear of 18th placed Angers – a finish that does not relegate a French top flight side these days but forces them into a play-off against whoever wins the Ligue 2 play-off (5th meets 4th, the winner of that meets 3rd and the winner of that one meets the Ligue 1 outfit that finished 18th. Yeah, it’s ridiculous) – so let’s assume that they are safe (their worst run of form was losing three on the bounce from mid to late January without scoring but since then they won the Brittany derby at Rennes and drew against Caen). This leaves us with 4 sides.

Since the start of the season where they won three games in a row and then another two shortly after, the Normandy outfit have never again managed to peg back-to-back wins in the league but they also managed to limit their successive defeats to two (the last of that occurrence being a month ago at home to Marseille (0-2) and at Saint-Étienne (1-2)). They have not relied on their home form either: with three away wins, Caen are the side in this relegation conversation who have won the most away games along side Saint-Étienne and Lille. The 40-pt mark should be acquired with games to spare by Garande’s men.

If you have seen Dijon play this season, you would not think they would be struggling, with an exceptional brand of attacking football being orchestrated by coach Dall’Oglio. And they’re not. There have experience across the pitch and players capable of scoring plenty of goals. Julio Tavares has scored as many goals as Kylian Mbappé (9), the wingers are considerably creative (Kwon and Sliti are doing a fine job). No questions asked, Dijon will be in Ligue 1 in 2018/19.

The only side outside of the top 4 to have beaten PSG this season. The Alsace side are enjoying solid home form (7th best) and goals are coming from all over the pitch. Aholou, Da Costa, Liénard, Martin, Bahoken and Terrier are all converting their chances to La Meinau’s delight. However, Strasbourg have a nasty habit of going on losing streaks, on more than one occasion this season. From late August to September, they lost four on the bounce (to Guingamp, Amiens, Monaco and Nantes), and during the turn of the year they lost to Metz (0-3), Guingamp (0-2) and Marseille (0-2) and last Sunday they put an end to a period of two defeats in a row to Lille (1-2) and Bordeaux (0-2) by beating Troyes (2-1). They should not rest on their laurels too much if they want to spend a peaceful May in mid-table.

From disastrous to mediocre in the space of two weeks. Les Verts started life without Christophe Galtier in August and the transition has been brutal. Oscar Garcia wasn’t given time to do a very good job there and it was Jean-Louis Gasset eventually called on to steady the sinking ship. The ship has been steadied. After beating a hapless Toulouse side 2-0 in mid-January, Saint-Étienne lost two games with an appallingly lack-lustre attitude amongst the players at Metz (0-3) and Nice (0-1) but have since gained 7 points from a possible 9 by beating Caen (2-1), Amiens (2-0) and a draw against Marseille (2-2).

This last result is very interesting. The scars of the humiliations against each member of the top 4 in the opening half of the season (an aggregate scoreline of 0-15!) are still vivid and the fact that Saint-Étienne managed a draw at home against a side they lost 0-3 to at the Vélodrome back in December is a piece of incredibly encouraging news. Put up a similar fight against Lyon (February 25th, save the date) and you can safely assume that Les Verts have turned a corner.

So to answer the question above, Caen & Dijon are as good as safe. Strasbourg and Saint-Etienne need to confirm their improving form and not get sucked in before relaxing.

The South-West outfit have been the disappointment of the first half of the season and they have not started 2018 in the best possible way either. Coach Pascal Dupraz ended things with Toulouse by mutual consent two games into 2018 and he was replaced by his assistant Mickaël Debève. Since then, results have carried on in the same fashion than before the managerial switch. Toulouse lost to Montpellier, beat Troyes and Nice but lost to PSG. Toulouse are still hovering dangerously over the relegation spots and you get the feeling that getting rid of Dupraz will not solve anything, at least in the short-to-medium run. They are in danger.

Technically, this lot are already in Ligue 2. Their finances are in a state (well, most football clubs’ are but theirs particularly) and owner Gérard Lopez has been summoned to balance the club’s coffers otherwise Lille will get relegated to the second tier even if they don’t finish in the bottom three by the French football financial watchdog, DNCG.

On the pitch though, Galtier has been working on turning things around and results have improved. 2018 started with an away win at Caen but defeats to Rennes and Troyes halted this mini-revival. It was the spirited win against Strasbourg (2-1) and the hard-fought point picked up at Nantes (2-2) last weekend that showed that the players want to stay up, putting points on the table. Will the club’s hierarchy follow suit and get Lille’s finances in order?

In their opening Ligue 1 season, Amiens enjoyed the dizzy heights of 7th in late November but results have since dropped off. Following the arrival at that milestone, Amiens lost 5 games on the bounce and only picked up 4 points (a draw against Montpellier and victory vs Guingamp) in 10 games. The league’s worst return at the time. We all love to see promoted sides do well – especially ones as unfancied as cash-strapped Amiens – but results need to change and fast. They’ll be looking over their shoulders until the very end.

The long-awaited downfall for a side that has always refused to play football since getting promoted back in 2015, appears to be imminent. Angers are “enjoying” their 3rd season and for once being solid at the back and relying on set-pieces to score is not enough. However, the start of the year has seen Angers win twice (Troyes and Amiens the victims) whilst they only managed 3 wins in the entirety of the first half of the season. It does seem like the players have the ability to produce better performance (here’s hoping!) and the sides ability to win the vital, relegation 6-pointers might be enough to stay up.

Come on! The worst away side in the league, bar Dijon. Troyes managed to beat Lille at home 1-0 in late January but have lost every other game. Their current away form is diabolical (8 straight losses) and home wins are coming once every 2 months. A sure bet for the drop.

Some sides just find themselves adrift very early on in the season. Metz lost 11 of their opening 12 games so it was always going to be an uphill battle not to beat the drop but to avoid finishing bottom. However, Les Grenats managed back-to-back in December at Montpellier (3-1) and Strasbourg (3-0) to give them some hope. 2018 kicked off handsomely as they managed 7 points from 4 games (the defeat came at Monaco which is nothing to be ashamed of) alas, the wind has been cut from their sails as Marseille beat them convincingly (3-6) as did Montpellier (0-1). They are still 6 points away from Troyes with 13 games to go.

Early prediction: Metz and Troyes to keep their spots, Amiens to finish 18th.