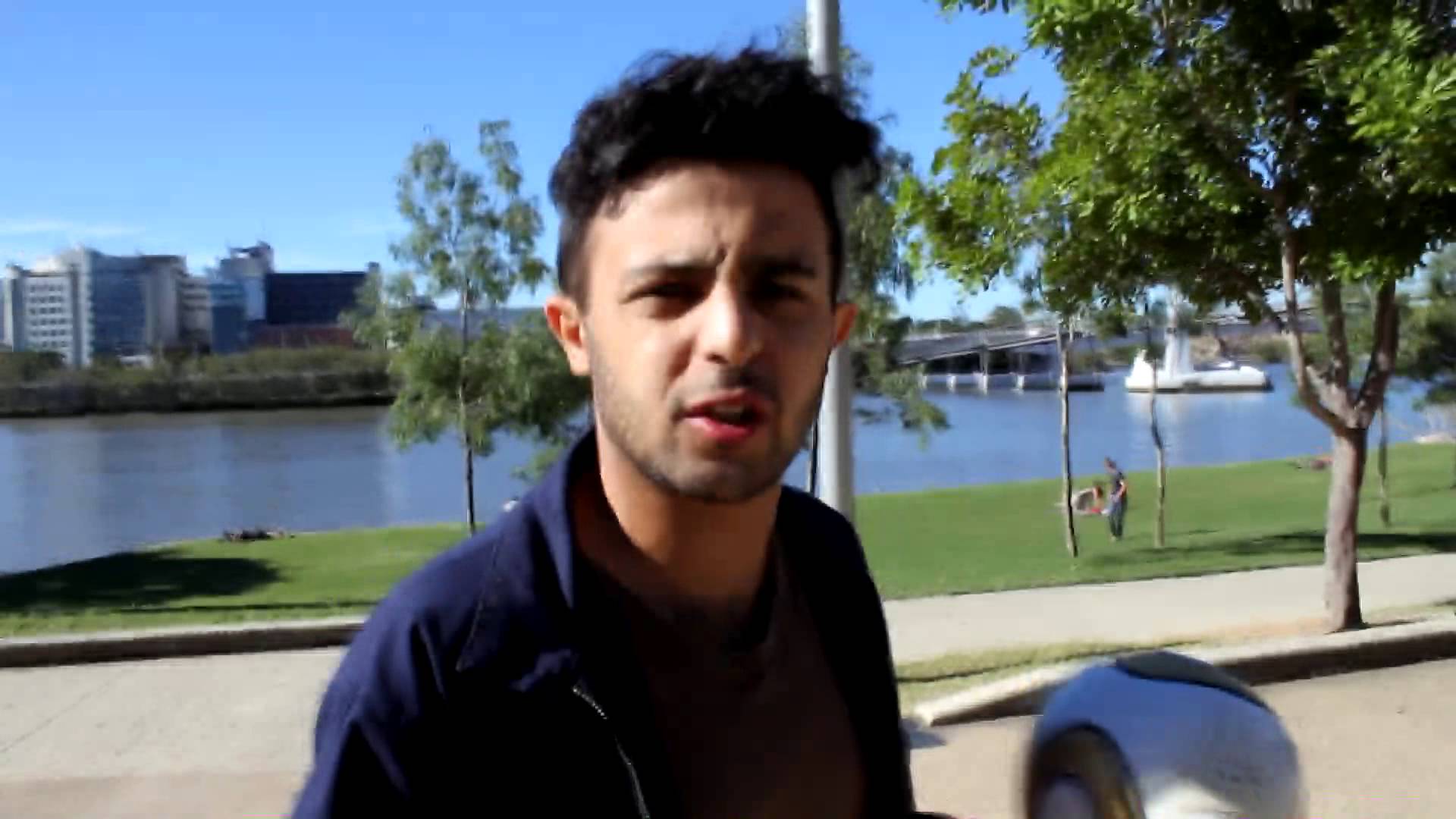 Speaking exclusively to Get French Football News, Copa 90 presenter and Aussie Eli Mengem discussed his country’s match-up with France, in what will be both sides’ first game of this summer’s World Cup, this Saturday.

How has Bert van Marwijk moved this squad along from the Ange Postecoglou era?

Van Marwijk has come in, just a couple of months ago, and has come in to a squad really built by a legacy. Postecoglou came in, he was persona non grata, after failing abysmally with the U23s or U17s about 15 years back… Nobody wanted to hire him, nobody wanted to give him a job and then Brisbane Roar in desperate times hired him, he did ok for that half season and then blew everyone away in the following year. People were calling the team “Roar-salona” – they went 36 games unbeaten, played an incredible brand of possession football…

The Socceroos soon picked him up, he had been our longest running manager for a few decades. We had him from 2013 up until late last year. A good 4 years. Our style was possession-based football, everything building from the back. Like he did for the Roar, like he did for the Victory. He was very much an authoritarian – the players loved him. It was a my way or the highway style, almost Guardiola style coaching method and then he walked away after qualifying for the World Cup owing to mitigating factors with the FA and other things that have never really been brought up.

Now you have Van Warwijk come in, who actually coached against the Socceroos in this qualifying campaign when he was in charge of Saudi Arabia. He has only had a few games, it has definitely been a far more pragmatic way of playing. We are not exactly raining in the goals, despite the Czech Republic score (4-0 win), but we are playing good, astute football. Our defence is the key to it all, despite the fact that we have playmakers like Tom Rogic (Celtic) and Aaron Mooy (Huddersfield). It is that back 4 of Degenek, Jedinak and the others who I think are going to be the key to this as well as our goalkeeper in Mat Ryan (Brighton).

What do you think of how short a deal van Marwijk has been offered by the Socceroos – do you think this could back fire & do you think the level of respect that the players will have for him might be different as a result?

I think the players definitely respect him. Nobody is going to to garner as much respect as Postecoglou after taking us to two World Cup and winning us the Asian Cup in 2015, but this is a man who took the Netherlands to the final of the World Cup, a very good Netherlands side admittedly, nobody ever talks about the fact that they topped the group, beat Brazil and Uruguay on the way there, a man who helped Saudi Arabia qualify for the World Cup for the first time in a decade. With not a very good Saudi Arabian side in a difficult group, they qualified over Australia, we actually had to go to the play-offs.

The players respect his history, what he has done for the Saudis and the Netherlands. So far the results speak for themselves: 0-0 vs Colombia, 2-1 win over Hungary on the weekend, Czech Republic 4-0. The boys are playing well. He is focusing on youth, he is starting Daniel Arzani, the youngest player at the World Cup. Everyone is happy.

Arzani is the only player in the squad under the age of 25. I know he has a short contract and thus his mandate is to do as best as possible in the World Cup. Were there young prospects that you think should not have missed out?

The fact is we do not have that much else going on. We have got a squad that has been playing together for 5 years, we only have one left from the golden generation in Tim Cahill, and I guess you could say Mark Milligan – this is sort of the coming to fruition of the next generation that began in 2014. Some have been caught up in what the golden generation achieved – arguably they should have beaten Italy in the Round of 16 (2006). We had a squad that became legends in their own right.

A lot of players have had their first opportunity in 2014 in this squad, you can’t always keep looking to youth, eventually you have got to give those individuals time to blossom and play together. The last squad was incredibly young, a lot of them have been cut since. In the last 4 years, we have shifted the golden generation who held on because of their name: Schwarzer etc. The golden generation is very much beloved, but this is very much a new slate.

France’s full-backs, especially Djibril Sidibé, are not very defensively sound, we know that Australia have pace in attack, but overlapping runs from the full-backs could also be important. Could you talk about Australia’s full-backs – what is their style of play?

You have Degenek who plays for Yokohama in the J League you have Behich at Bursaspor. On paper, honestly, I do not think that we can offer anything. Defensively, we cannot offer much against a team like France. I think we are going to have be very plucky, Jedinak will be key to marshalling that young defence, and relatively-speaking, it could be about Mat Ryan being on his game. The fact of the matter, France have, in every position, better players.

They have seen World Cups before. On paper, there is not… not only do the France 1st team and 2nd team have more depth than us. But realistically so do the 3rd team. As we have seen throughout World Cups, how we stop a forward line with Griezmann, Pogba, whoever else France brings out, Giroud, I honestly do not know. The fact is we are not in the same world. But, I think the World Cup is beyond that.

So how do you think that Saturday will play out?

Until that game kicks off, it is impossible to know. In the last set of friendlies, France lost to Colombia 3-2, we held on against them at 0-0 and were arguably the better side in the 1st half. If we can get a draw against Colombia and they can beat France in a packed Parisian stadium, you could tentatively make the case that we have a chance, that we can match them. But on paper, we can’t. What France is going to turn up? The 2002 France, the 2010 France, the 2014 France? This is a back and forth thing, they never consistently perform at World Cups.

France should be set for a convincing win – if Australia can follow van Marwjik’s approach, if Jedinak can lead aptly, he is the key, all the players listen to and respect him. I don’t see us scoring, even the physical shape of the team, our attack is brittle to the likes Mendy, Umtiti etc. I don’t think we can out-muscle them, I think the boys will play for a draw, look for the win against Denmark and try and squeak a draw for Peru. I still don’t think that will be enough for progression.

I think Peru, for me, off the pitch, the story of this World Cup is Peru. How much this means to them. To have 30,000 Peruvians in a stadium in Switzerland for a friendly against was it Saudi Arabia. Those players are going to want it more than anyone in that group. I think that is either going to work in their favour, or they will completely capitulate from the pressure. If Peru win against Denmark, they could arguably top the group. This means more to them than anyone else in the group. Will it be enough? We will have to way in see. If not, I don’t mind, as long as Peru go through.

For me the ideal, is Australia and Peru go through!

Bordeaux are looking at Sofiane Boufal