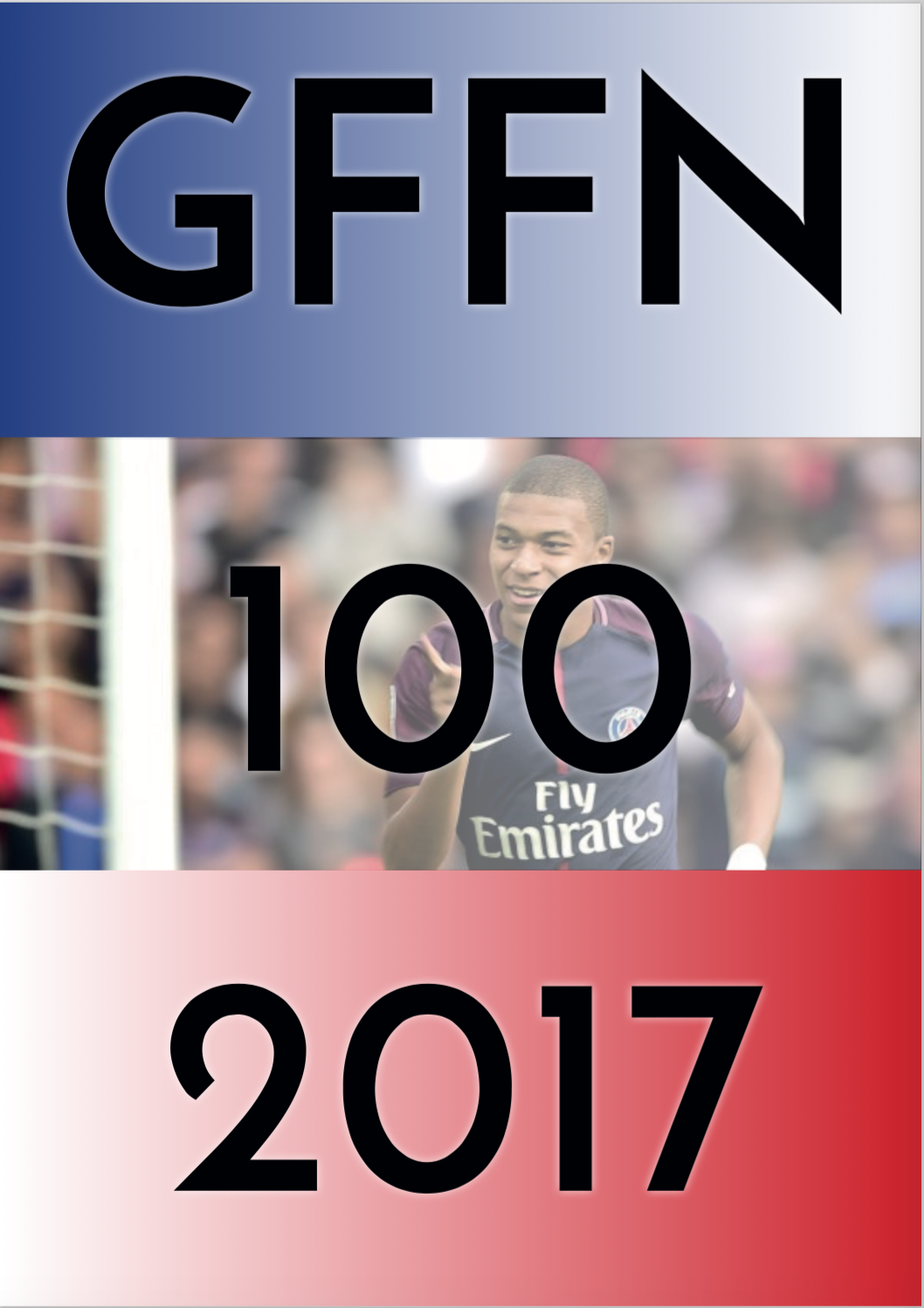 We are delighted to announce that we are proudly releasing the fifth edition of the Get French Football News 100. This publication celebrates and aims to project the achievements of French football in 2017 and indeed promote the incredible talent which France’s top two leagues possess.

The Get French Football News 100 comprises our selection of the top one hundred talents that French football has to offer, judged solely on their performances in 2017.

To be eligible for the GFFN 100, the player must have been a registered squad member of a Ligue 1 or a Ligue 2 club on the 31st December 2017.

Players that are eligible are judged on all their professional appearances in 2017, regardless of whether or not they were playing abroad for a part of the calendar year. This applies to the international appearances they might have accumulated, notably in the African Cup of Nations.

A downward pointing arrow shows that the player has dropped in ranking compared to last year’s performance and by how many places, and vice versa with an upward pointing arrow. An asterisk denotes a player who is making a new entry into the GFFN 100.

The Get French Football News 100 2017 is an essential tool for journalists, agents, scouts and fans to gain a greater understanding of the best talents that French football has to offer.

Recommendation: Right-click on the link to download the file from your browser for the best viewing experience.

Marseille are considering Pape Souaré as a January target