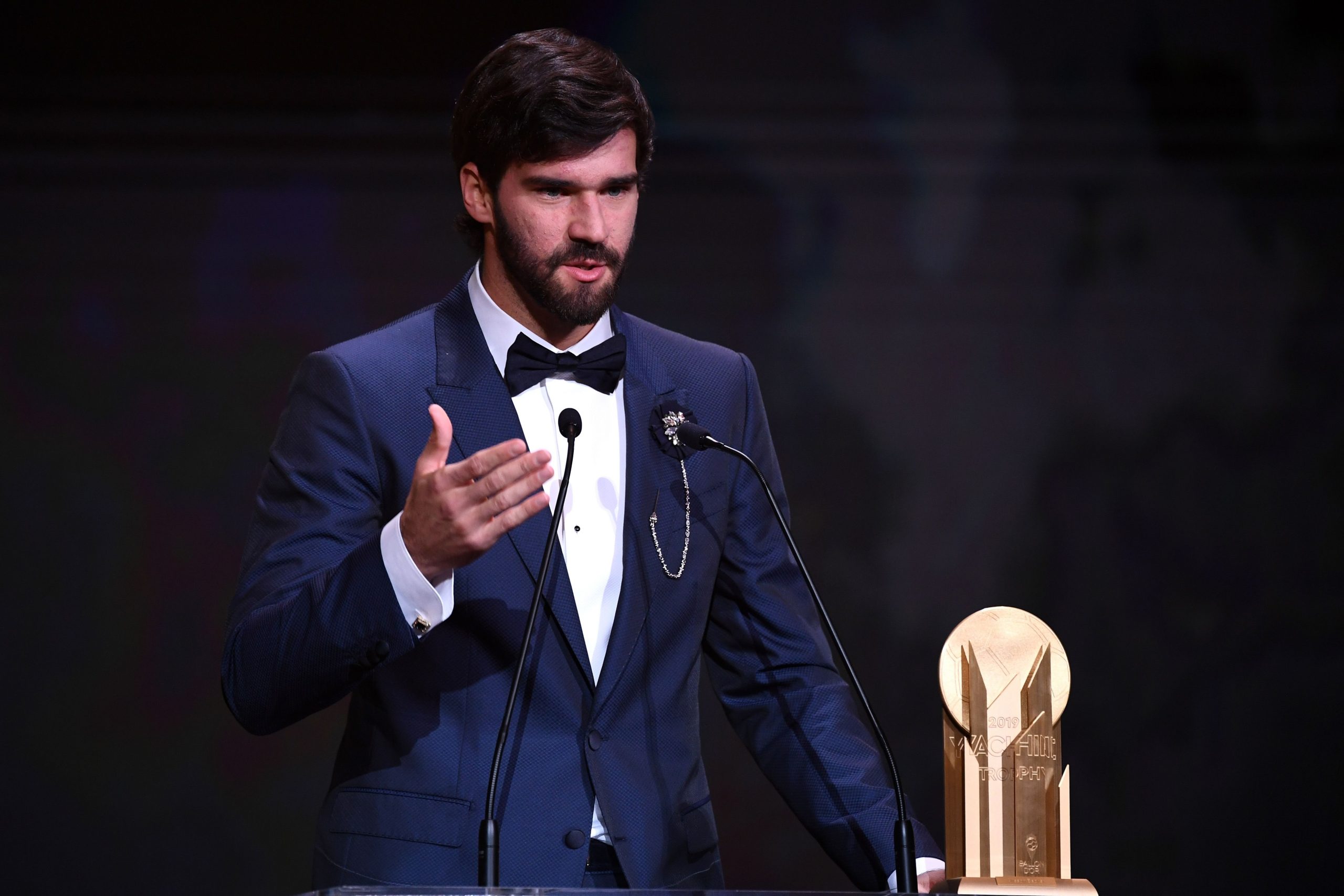 Speaking in an interview with France Football upon winning the inaugural Trophée Yachine awarded to the best goalkeeper of the year, Liverpool shot-stopper Alisson discussed his team-mate Mohamed Salah.

“The ‘Mo’ that I found at Liverpool was completely different to the one that I met for the first time at Roma. I did not speak very good English, and he spoke Italian badly. We have a good relationship, but it is limited because of language. When I arrived here, he was the first person that I got close to. In Italy, he already had the quality and potential that we all know of, but he did not have the self-belief that he has discovered here. It has all changed. He has grown up enormously, taken on another dimension and this club has a lot to do with it. You don’t realise it from the outside but, when you arrive in a club, when you live in this city, you discover that everyone aspires for you to do better. Not only the staff, your coaches, but the entire environment, the media, the fans, everyone who loves this club and make it so that it doesn’t resemble any other club in the world. It gives you enormous confidence and strength.”

“I came here with Roma (2018 – UCL) and I discovered the Anfield atmosphere. You physically feel what it means to be a player in this stadium. And one year later against Barcelona, I felt what it was like to be carried by this stadium. This match against Barca will always be one of my most incredible memories. We felt like all the fans were with us on the pitch. We were thousands playing together. But the atmosphere is not everything. There is also a unique mentality at this club, a strength that always pushes you without fail.”

Alisson on Jürgen Klopp: “He just wants to be as real as possible.”