Exclusive | Benoît Costil: “I haven’t retired from international football as far as I remember!” 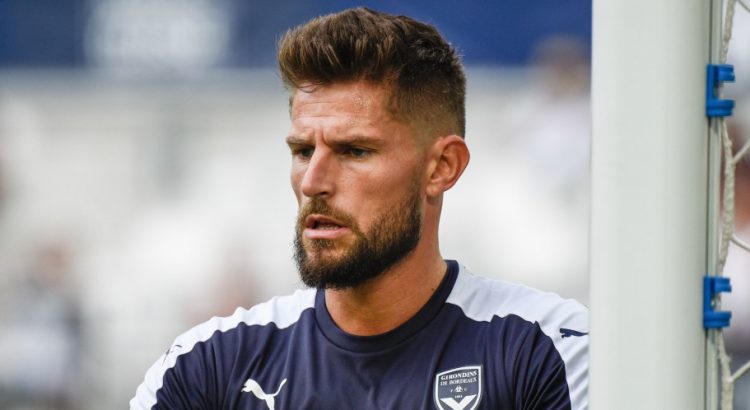 You’ve been playing in the first ever pre-season tournament involving Ligue 1 sides in the US this week. What have been your impressions of it so far?

It’s a radical change, we’re very far from home. It’s a new environment and it’s very warm. At the same time, we’ll be playing against teams that we know well, so it’s a unique situation. It’s a good experience, although we shouldn’t forget that we’re still in pre-season mode so there’s a lot of work to do still. It wasn’t easy to train in this heat and it was hard to get into the rhythm. But otherwise we’ve been carrying on our preparation on a tactical and collective level.

Do you think the fact that you’ll be playing against other Ligue 1 teams is going to help you prepare better?

It’s hard to say. We already faced two teams in Austria who were at the end of their pre-season, while we were just starting ours. Now we’ll be playing against teams who will be in the same condition as us and who will have had the same preparation as us. They’re still very interesting games, it’s four good teams with some good players. It will be an interesting tournament, even if we shouldn’t draw too many conclusions from the final result.

Although it’s still Marseille that you’re playing against.

Yes, we know the importance it has for the supporters, but we also know how important preparing for the new season is. We have to remember that there’s a campaign to prepare for.

What are you hoping to achieve, personally, next season?

My objective is very simple, I want to have a good season with Bordeaux. I want to have a less tricky season than last year, where we had a lot of disruption and changes. Our final ranking in the league didn’t reflect where a club like Bordeaux should be. We want to be able to put into action everything we’ve been working on with the staff. If we can get the collective part right, then individual performances will come on their own. We all come out well if we do that, just as we all lose out if we have another season like the last.

Can the team qualify for Europe?

It’s too early to say, we’ll have to see what the team looks like when the season kicks off. If you ask me whether I hope we can do it, I would say 2000% yes. It’s too early to talk about specific objectives, though. We’ll see.

What do you make of Paolo Sousa after half a year in charge?

Him and his coaching staff are very focused on the details. They have their own philosophy, although it’s similar to one that we saw when Poyet was here. It’s style of play that I hadn’t really known before, especially in terms of the tactical demands he has. It’s a really interesting style, though, and if the team can take to it then we’ll be able to achieve a lot.

Is it a style that suits the team more?

I’m not going to say that things are better with one manager than with another. Every manager has their own methods and philosophy. It’s also up to the players to put the work in and adapt to it properly. We were more or less successful when it came to learning the previous coaches’ strategy, so now we we’re doing the same with Paulo and his staff, we need to work hard to make sure it comes off on the pitch.

Have the new recruits settled in well?

I feel like they have, yes. They’re all very happy to have joined the club. It was a choice on the club’s part but also one they made themselves, and they believe in the project. You have Raoul [Bellanova] who already knows French and Loris Benito who speaks so many languages. Then there’s Enock Kwateng and Mexer, who are very open guys who like to talk.

Did you have an influence in Mexer’s decision to come to Bordeaux?

I didn’t have any part to play in him coming to Bordeaux. That said, when he decided to come here we talked and I told him how things were in a sincere way. I know how hard it can be to leave Rennes. But apart from that, I didn’t have a particular role in the transfer. Either way, I’m happy that he’s here now.

Is the national team still an objective for you?

Well, I haven’t retired from international football as far as I remember! But I was in the team before the last internationals, and then I didn’t go in May. I know that I need to have a very good season in the collective and individual sense to be called up, so I guess that would be my objective for the season to come.

Bernard Caïazzo on William Saliba’s future: “Everything is on the right track with Arsenal.”