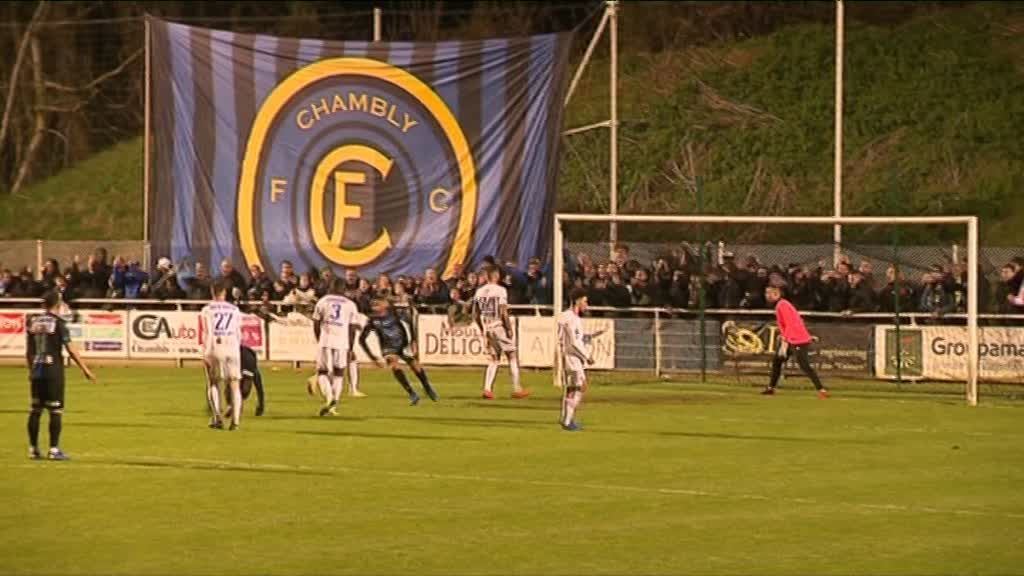 FC Chambly’s 1-0 win over Valenciennes on the opening match-day of the Ligue 2 season marks the latest chapter in one of football’s most inspiring and surprising stories.

The club’s rise has been nothing short of meteoric, and few ascents in the modern game can compare to the thirty-year history of FC Chambly. In a period that marks the game’s development into what can seem a cold, mechanical behemoth of an industry, this is the story of a small, family-run club in northern France that has undergone one of the most triumphant journeys conceivable; a heart-warming tale of two brothers who founded a club for fun, and guided it to the second tier. Twelve promotions, zero relegations.

The club was formed in June 1989 by Bruno and Fulvio Luzi, along with a few friends. Both brothers had previously been players in the lower echelons of French football. With the help of their father, Walter, they contacted several local councils in the Oise department of northern France, with the town of Chambly eventually offering them a space to play and train. Thus the journey began.

The team’s crest, colours and kit were all inspired by Inter. The Luzi family are of Italian heritage, and Walter and Fulvio, who had always supported the Nerazzuri, decided to pay tribute to them (though Bruno joked in a 2018 interview with RMC Sport that he “[would have] preferred yellow”). Despite changes to the badge design in 2016, as the club have sought to forge their own identity (and amidst reported pressure from Inter), the resemblance is still clear to see.

At first, Walter was club president, Fulvio head coach, and Bruno the team’s striker. However, they were not confined to these roles, with Walter even playing for the first team, scoring his last goal for them aged 53. Bruno was also in charge of coaching the reserve side and youth teams.

The team rose through the district leagues, achieving promotion four times to reach the ninth tier in 1998. They remained there for several years, before Walter stepped down as president in 2001, prompting a reshuffle. Fulvio took his place, leaving Bruno the managerial hot seat. Things have remained that way ever since.

2002 saw Chambly move up from the district divisions to regional amateur football. Showing no signs of slowing down, the club continued their ascent, merging with several other local clubs from the Pays de Thelle area in 2006, growing in both size and ambition. After reaching the sixth tier of French football in 2008, the club were regional champions of Picardy in 2010, and joined the national leagues for the first time in their history.

In more recent years, the side have enjoyed several noteworthy runs in the Coupe de France, reaching the round of 32 in 2012 and 2014, and the round of 16 in 2016, having by this time been promoted twice more to the Championnat National. The most magical of these cup runs came in 2018. Remarkably, they qualified for the semi-finals, before being defeated by fellow third-tier side Les Herbiers. Their quarter-final win over Strasbourg became the most famous result in the club’s history. However, the game was clouded by the death of co-founder Walter, who passed away that night.

Despite suffering such a tragedy, the club came back stronger in 2018/19. The Luzi brothers paid tribute to their father by guiding the side to Ligue 2, and full professionalisation. After five years in the third tier, Chambly finished second, with key contributions from goalkeeper Simon Pontdemé, captain and defender Thibault Jacques, and striker Joris Correa, the league’s third-top scorer. Thirty years of existence, twelve promotions, and the Luzi family had taken their club to within one promotion of the footballing elite.

In 2010-11, the club’s average attendance was 175, according to footballdatabase.eu. This season, they are expected to have around 3,000 fans at most games. Staying up and progressing further will not be easy, as the club are unable to play at their home due to the Stade des Marais not meeting the league’s requirements. They will instead play most home games at the Stade Pierre-Brisson in nearby Beauvais, and others at the Stade Charléty in Paris. Moreover, star striker Correa has joined Orléans, and though they have recruited industriously (nine new signings this summer), time will tell whether they have done so wisely. Starting with a win at home, with captain Jacques converting the decisive penalty, was a terrific way to kick-off their professional adventure.

For a family-run club to have achieved so much seems almost inconceivable. And they really are all about family: Fulvio’s wife and two of Bruno’s daughters are now on the board of directors. In 2014, deputy mayor of Chambly Michel Françaix said the club’s rapid ascent was linked to “the quality of a family club with healthy values,” with Fulvio identifying key values in an interview with Le Parisien as “selflessness, discipline, rigour and hard work.”

Such values being upheld in the modern game is refreshing. Whether or not they will be enough to see Chambly reach the top remains to be seen. Yet the ambition is there, with Fulvio telling Le Courrier Picard in 2014, “Our mission will never be over, we will be at the top.” The mission is clear: stay up, and press on. Do that, and the fairy-tale continues.

Alexandre Lacazette reflects on Emirates Cup loss: “I only saw the second half.”