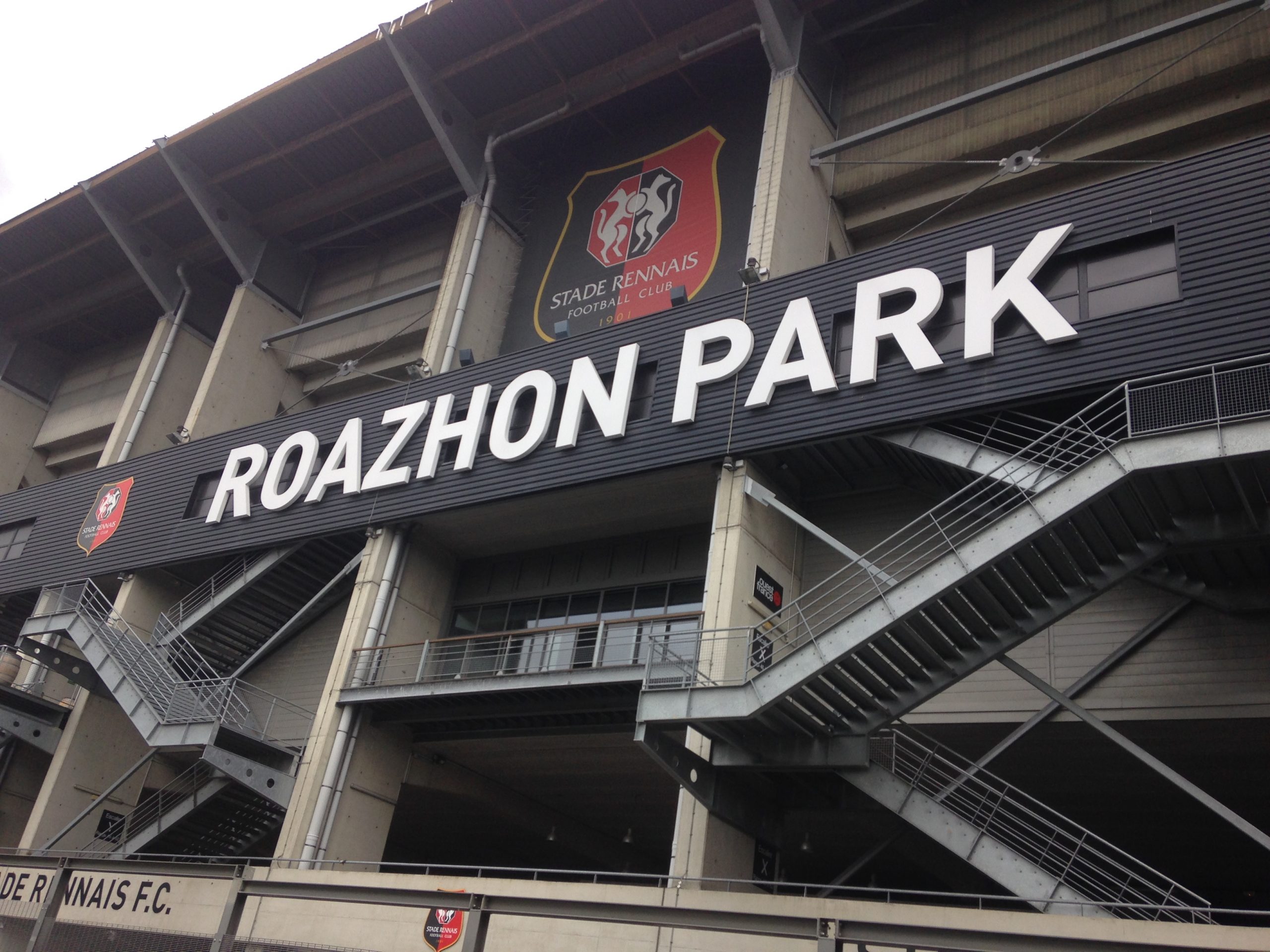 Rennes are a club accustomed to relying on their production line of young talent, however every once in a while, a player comes along who just has that little bit extra about them. Going back some years there were the likes of Sylvain Wiltord and Yoann Gourcuff, whilst more recently it has been Abdoulaye Doucouré and Ousmane Dembélé. Now, there is a possibility that the name Eduardo Camavinga will be added to that list.

Born in Angola in November 2002, Camavinga moved to Brittany and was playing football for his local side AGL-Drapeau Fougeres by the age of six, after giving up practicing judo. Even at that young age, his speed, versatility and coolness in possession were at a level well beyond his years.

His coach at the club, Jo Burel, stated recently “this is the first time I’d seen a player with such qualities. When we wanted to maintain a result, we put him in defence, if we needed a goal, we would put him in attack. He had the ability to do both.” As a partner club of the Rennes academy, his talents were spotted early on and at 11 he moved across to the youth setup at the Ligue 1 side.

Working his way up through the youth teams at Rennes, he quickly came to the attention of then youth and reserve team coach, Julien Stéphan. His progression was so rapid that at barely a month after his 16th birthday, he signed his first professional contract with the club, making him the youngest player in Rennes history to do so.

His meteoric rise continued and come April 2019, he made his debut for the first team as a late substitute away at Angers. Incidentally the same fixture in which Dembélé had made his debut in several years prior. After a few appearances as a substitute, he was eventually handed a role in the starting 11 in May against Monaco. Camavinga became the first player born after 1 January 2002 to start a game in the top five European leagues.

It was a position he held pretty much for the rest of the season, in no small part due to the sheer impact he made in the team. Stéphan spoke after the Monaco game that Camavinga had “huge potential” whilst forward Adrien Hunou added “everyone appreciates him, he has the attributes to become a great player.” His impact was so big for a player at such a young age, that interest in him from other teams grew.

Starting the new season, Camavinga maintained his position as a starter as he lined up for Rennes’ opening game away at Montpellier. It was without doubt his best match to date as he bossed the midfield, even after Rennes were reduced to 10 men. He looked like a player far older as he tracked back, broke up Montpellier attacks, passed well and generally looked like he had been playing the game for years.

He won 63% of his duels and only misplaced one of his 41 passes all evening. It was a performance which received great acclaim but with that came the realisation of his age. After the game Stéphan said “he’s a talented boy, whom I know very well because I saw him in the youth teams. But he is a young player who will have to be protected. We must not forget that he is only sixteen and a half so we will have to protect him, he’ll need to continue to work and progress. He, of course though, has a lot of talent.”

He followed up his terrific performance in Montpellier with another great showing, this time against PSG. Up against the Ligue 1 giants, Camavinga once again failed to be fazed by the situation. He was full of movement, finding space to receive the ball and moving it on rapidly with some high level distribution. When the right pass was not available, he looked to take the ball forward.

When not in possession, he was snapping at the heels of the PSG players, being the nuisance that is expected from that role to prevent Les Parisiens from pressing forward effectively. Whilst there were one or two slips, it was another performance which made everyone sit up and take note. His outing was topped off with a fantastic deep cross to pick out Romain Del Castillo to score the winning goal vs PSG.

What stands out for Camavinga is his attitude. Burel notes that he was “a serious kid, always on time for training, a little shy and didn’t speak much,” whilst another former coach, Nicolas Martinais added when speaking to Goal, “he has a certain modesty and doesn’t have a big head. He knows where he comes from and what his family has been through.”

It’s clear when you see Camavinga amongst his team-mates that he still has that element of shyness, however once on the pitch, he rises to the occasion, displaying a level of maturity which is startling at times. Importantly for Camavinga, he is gaining respect rapidly within the club. Stéphan explained “many of the pros have taken him under their wing, because he is very respectful in the dressing room and very attentive to their advice. He blossomed with us this summer.”

He has predominantly been deployed as a defensive midfielder with limited licence to push forward. What is clear in watching him play though is that he has the potential to become a great box-to-box midfielder as he is so naturally accomplished on the ball. It is exciting to think just how good he good he could become if he continues this trajectory of development. His strengths lie in his energy, poise, reading of the game and tenacity, not to mention that coolness on the ball which was already highlighted when he was a kid.

With all this praise though comes the fact that he still has much to learn, as Stéphan has highlighted. We saw at times during the Montpellier game that he can occasionally take on too much and find himself in a tricky situation that results in unnecessary concession of possesion. In terms of his physique, whilst tall and athletic, he remains a little lightweight with Stéphan noting that “he is still in the phase of muscle growth.” These are all just the pitfalls of coming to the fore at such a young age and with time and experience, these aspects of his game and stature will improve.

Perhaps the two biggest source of praise for Camavinga comes from Rennes President Olivier Létang, who in a press conference prior to the start of the season and when asked about the impact captain Benjamin Andrè’s departure, mentioned Camavinga as someone who would dramatically lessen the loss. In addition, and perhaps as a result of his Montpellier performance and the growing interest in him, Létang offered Camavinga a contract extension which was duly signed, keeping him at the club until 2022.

Now signed with the same agent as former Rennes players, Dembélé and Joris Gnagnon, it is only a matter of time before bigger clubs make serious enquiries regarding Camavinga. Arsenal and PSG are just two clubs who have been monitoring him over recent weeks. For now though, Camavinga must concentrate on his development with Rennes.

It is an environment that will allow him to blossom with all the support he needs from team-mates, whilst also experiencing another European campaign. If he does and continues to demonstrate progression, then a big move will only be a matter of “when” not “if”. He has also begun the process of gaining French nationality, so international recognition for Les Bleus is also something which looks inevitable, initially at youth level.

Without wanting to make too many direct comparisons, you would perhaps have to go back to a certain Kylian Mbappé for there to be so much promise in a player so young. Whilst making these kinds of comparisons with other players is a dangerous thing, Camavinga has shown enough in his brief career that he could well be a player worthy of the hype.

Pierre Emerick Aubameyang on Premier League title chances: “We are going to give our all to match the big guns.”