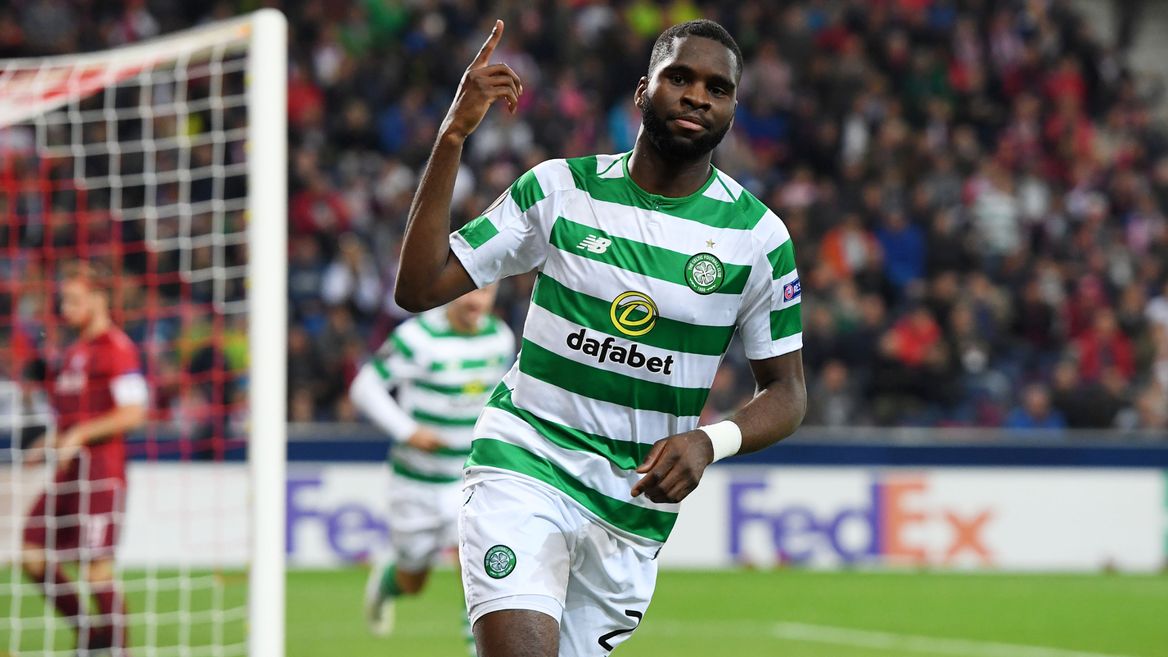 The match between France U21s and Czech Republic U21s that took place on September 9th was destined to be another simple friendly, with the young Frenchmen winning 3-1 in a relatively empty Stade de l’Aube in Troyes. But every game brings its share of lessons, and this one was no exception. Indeed, the performance of French striker Odsonne Édouard gave the game added interest.

The Celtic striker scored a brace full of technique and finesse against the Czechs, increasing his goal tally to six in 12 games in all competitions. A great reward for the former PSG prospect and Toulouse troublemaker, who had left the capital’s club quite anonymously in August 2016. He was a star inside PSG’s academy and had been crowned “best youngster of the year” by the fans but never got the chance to play for the first team.

Édouard’s career hasn’t always been a steady progression as it seems to be now. He was trained at the PSG academy and went through all the youth categories without playing a single minute as a professional. He admittedly appeared on the team-sheet for PSG’s last game of the 2015-16 season but remained on the bench. A paltry consolation that led the striker to leave on loan to Toulouse Football Club.

Unfortunately for the academy prodigy, the gap between his youth academy cocoon and the real life of a professional footballer proved to be harder to bridge than expected and he only scores one goal in his 17 appearances for the southwestern club. More worryingly, his first experience turned into a nightmare as he got involved in a stupid incident with teammate Mathieu Cafaro. He was indeed suspected of having shot at a passer-by with an airsoft gun from a car. The pedestrian was wounded in the ear and Édouard was later charged with a four months suspended prison sentence. His careers brutally came to halt just months after it had actually started, as he is let go by TFC. Édouard returned to PSG but was quickly loaned out again and left for a completely different place: Scotland.

This loan with Scotland’s champions was an unexpected opportunity for Édouard to make amends and be forgotten in France for a while. After two seasons of frustration, the French Guyana born striker was set to start anew.

Despite an understandable period of adaptation, Édouard’s first season was very encouraging. He scored 11 times in all competitions, including a memorable hat-trick against Motherwell. Brendan Rodgers used him mostly as a rotation player, but Édouard managed to impress virtually every time he was on the pitch. The striker seems to have scraped his old French troubled life and found a club that perfectly suits him. His successful adaptation was eased by the presence of several Frenchman, already well-settled in Glasgow, which he later confirmed in an interview given to Foot Mercato: “Scotland suits me well. I have many friends there, Olivier Ntcham, Moussa Dembélé (now at Lyon)… They helped me a lot when I arrived.”

His promising loan-spell in Glasgow earned him the right to finally get a permanent move, as he was viewed by Brendan Rodgers to be the perfect replacement for departing Moussa Dembélé. After more than six years in the capital, Odsonne Édouard left PSG in August 2018 for around €10.3m. This sizeable investment, combined with the departure of Dembélé leaving the attacking spot vacant, resulted in Édouard finally being let off the leash and he quickly became one of the most impressive performers in the Scottish Premiership. Perfectly suited to the rough and tumble nature of Scottish football, the 6 ft 1 attacker scored 22 goals and eight assists in all competitions, helping his side to win the “Treble Treble”.

He has rapidly become a fan-favourite through showcasing his wonderfully complete set of abilities, combining impressive free-kick skills, pace, strength and amazing, if not consistent, shot placement. But what really ended up winning over the Celtic fans was his tremendous audaciousness on the ball. The perfect example of his ingenuity was on show via his amazing solo effort against arch-rivals Rangers in the Old Firm where, after receiving the ball around the halfway line, he outran the whole Rangers’ defence and scored the goal that secured Celtic supremacy over the city once again.

Getting away from PSG

Odsonne Édouard’s success abroad highlights a situation that has been more and more recurrent since the 2011 takeover of PSG by the Qataris – very few players from the academy make it into the first team. An issue he underlined in the interview he gave to Foot Mercato following France’s victory over Czech Republic: “I didn’t have the chance to get some game time at PSG, so I was unable to give an account of myself. But now than I’m gone, I can show my qualities (…).” Game time is what every young player needs, and it is evident that PSG cannot provide it. There are countless examples of Parisian youngsters who left the club and succeeded elsewhere (Kingsley Coman, Moussa Dembélé, Dan-Axel Zagadou, Jonathan Ikoné…), and with the disappearance of the reserve team, the situation is not likely to end.

In contrast with other previous youngsters (Moussa Diaby, Christopher Nkunku etc.), Édouard was never given a chance, not a single minute. Even though he would have probably be sold or loaned out anyway, he is the incarnation of what is going wrong with PSG’s academy. A club that has been undermined by some internal disagreements regarding the management of the academy, which led to several of the best prospects leaving before even making it to the professional stage.

PSG have tried to fix this talent drain lately but were forced to sell most of the graduates in order to remain in the clear with FFP. The club somehow tried to keep up appearances by buying Xavi Simons from Barcelona’s La Masia, but this transfer was more a PR gimmick than part of a wider strategy.

QSI’s PSG have managed to settle just two academy prospects into the first team, but the results show it was a semi-success at best. Adrien Rabiot is probably one of the best prospects PSG ever developed, but his journey in the capital ended in the worst way possible. Sure, the midfielder shared his part of responsibility in the process (his mother too) but his leaving on a free transfer and being banished from 1st team activities leave a sour taste in the mouth and one wondering what could have been. Alphonse Areola is the other notable example and it is difficult to say that his case has been a significantly happer one. He has been on the fringes of being widely received as the club’s #1 throughout his whole career, the latest example of his “nearly” status being told he would be the club’s #1 by Thomas Tuchel earlier this summer only to be  included without any real consent in a swap deal with Keylor Navas.

Even though PSG have themselves a world pedigree keeper in the name of Keylor Navas, forcing Areola to leave on loan was another defeat for the club from a strategic perspective. Seeing former academy graduates succeeding away from PSG should not be a source of shame for the club, as it proves on the other hand that the Ile-de-France area is an incredible goldmine for talent. But, the club’s failure to incorporate these individuals into the first team despite sitting on the greatest localised area for world footballing talent remains damning.

The new king of Scotland

Édouard is just another example, yet in his case, leaving PSG was definitely the right decision. Funnily enough, his former Celtic teammate and “big bro” Moussa Dembélé made the same choice, having previously played for Paris’ U-17 academy. Both found themselves playing for the Scottish champions and succeeding there. Unfortunately, they did not play a lot together, but clearly made Celtic interesting again in the eyes of the French media. For example, when Dembélé broke out at Celtic, L’Équipe 21 broadcast the Old Firm derby for the first time.

We spoke to a key individual over at the Twitter account @Celtic_France, who had the following to say:

“(Dembélé and Edouard) are both very cold-blooded in front of goal, strong and technically superb, but Dembélé is more of a pure finisher, whereas Édouard likes to have some space to exploit his incredible pace. Édouard is surprisingly very good at free-kicks as well, which makes him even more complete than his “mentor… the former Celtic player Kris Commons recently declared that Édouard was better than Dembélé and would probably leave for a higher price.”

Tanguy Ndombele on losing to Leicester: “You can’t say that they didn’t deserve it.”