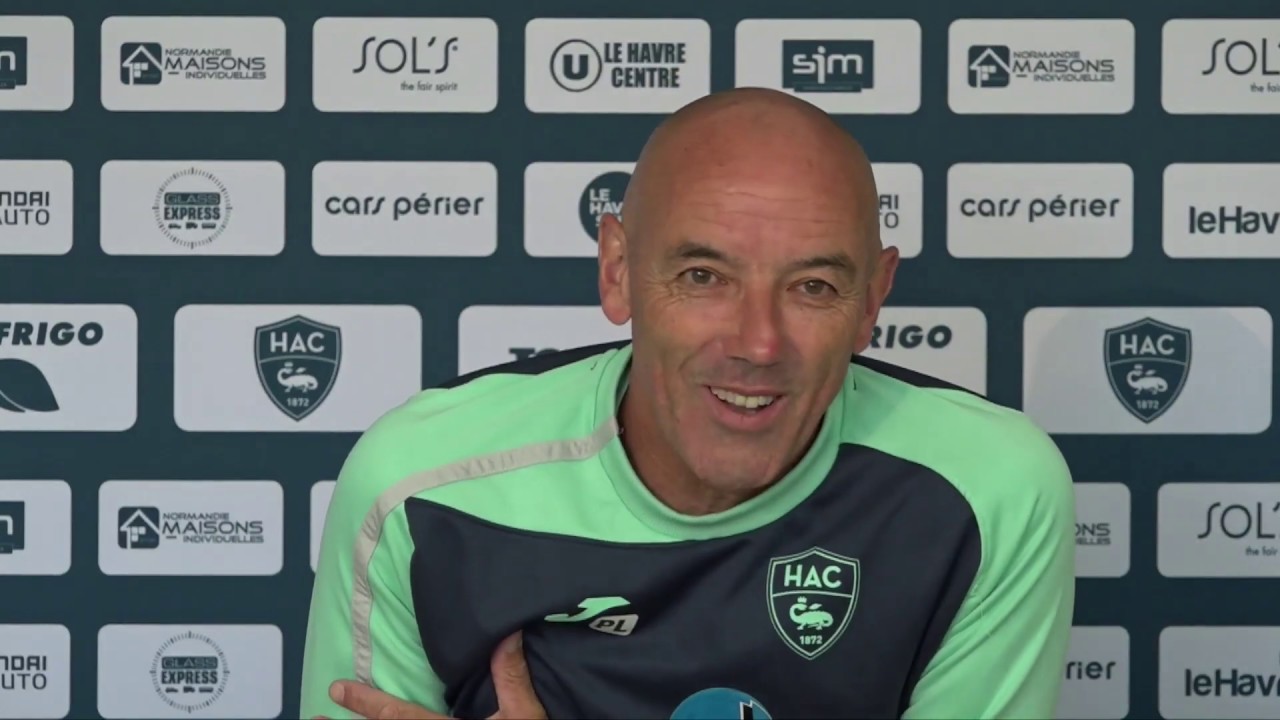 It has been 10 years since Le Havre last graced Ligue 1. A long time for the small club from Normandy.

Since then, the club have been perennial mid-table finishers in France’s second tier. They topped the division back in 2008, only to finish bottom of Ligue 1 and thus spend the next decade failing to repeat the feats of that last great season.

In the 10 years since, they’ve looked to six different managers to help jump-start the stasis that’s set in at Le Havre and the 7th, and most recent appointment is Paul Le Guen.

Le Guen’s career has taken a slight journeyman-like-trajectory in the past decade. His work with international sides Cameroon and Oman, and a year at Turkish side Bursaspor have each been punctuated by time away from football.

His CV in the decade previous though, looks quite different, although the sabbaticals are there in all but one of Le Guen’s transitions from club to club, the high watermark being winning three league titles with Olympique Lyonnais. At this time, Paul Le Guen was seen as one of Europe’s hot managerial properties, with a team about to be plucked of it’s blossoming talent. The likes of Mahamadou Diarra, Michael Essien, and the wonderful Juninho, all came to prominence in part under Le Guen’s guidance.

It was seen as something of a surprise when he turned down many of Europe’s top sides to sign a contract with Rangers. During a period of Scottish football where the titled yo-yoed back and forth between Celtic and Rangers, Le Guen was brought in to some acclaim. He endured a torrid start to the league campaign, and although Rangers’ European form was good that year, he couldn’t survive a very public power play from club captain, Barry Ferguson. Falling out with Ferguson was something that he didn’t have the leverage to do after such dismal form. When you consider the form of Ferguson that season being one of the few highlights for Rangers, it does seem like a strange, although not unfamiliar, fight to pick. He was dismissed in January. He was the shortest reigning manager in Rangers history.

It wouldn’t be the first time in his career he very publicly dressed down a figure of authority, with Rigobert Song suffering a similar fate with Cameroon. Song had been a national hero at international level for 10 years, but was relieved of his duties almost instantly. This hit and miss tactic worked wonders on this occasion with both Song and new captain Eto’o flourishing.

Revolution and overhaul are trademark moves for Le Guen. At PSG he quickly removed star forwards Pauleta and Marcelo Gallardo from the starting XI, and gave the captaincy to a 17-year-old Mamadou Sakho.

Some might say Le Guen’s career has never hit the heights of his Lyon tenure, and they’d have a point. That team played with such cohesion and dynamism.They looked unplayable at times under Le Guen. Was it a golden generation of talent, or his methods at work? Such a high risk, high reward strategy seems to have failed him slightly in his subsequent roles. But his sky high demands on the training ground remain.

Another hallmark of Le Guen’s work is the promotion of youth. Nearly everywhere he has worked, he has found a way to inject youth straight into the first team. At Rennes he made Anthony Réveillère and Julien Escude stalwarts of his side. That famed Lyon team was constructed of wonderful young players like the aforementioned Diarra and Essien. Is it possible that players in their formative years are more likely to take on board the high demands of a coach like Le Guen? It seems to be so. Older professionals who have been around the block and have their own ideas on the game, too often fall victim to this ruthless streak that has followed the manager from Brittany.

So it comes as no surprise that a raft of burgeoning talent just out of their teens are getting playing time for Le Havre this season. Woyo Coulibaly, Éric Ebimbe and Pape Gueye have been thrust into the mix with great effect in Le Havre’s first six Ligue 2 games this season. It seems that Le Guen has again found that the talent and energy of youth, harness his ideas better than more established squad members. Tino Kadewere, an old head at 23-years-old, has also been an obvious beneficiary to his new coaches approach. The Zimbabwean simply cannot stop scoring, with 9 goals in August alone, after 5 in total in 2018-19.

So far, so good for both club and coach. Both looking to recapture past glories of 10 years ago. If the past is anything to go by… it won’t be boring!

Although, spare a thought for Alexandre Bonnet, 32-year-old captain in his tenth year of service. He’d be well served reading up on Paul Le Guen’s history with captains…