FEATURE | Rafael Leão – the Portuguese starlet that Lille have given up 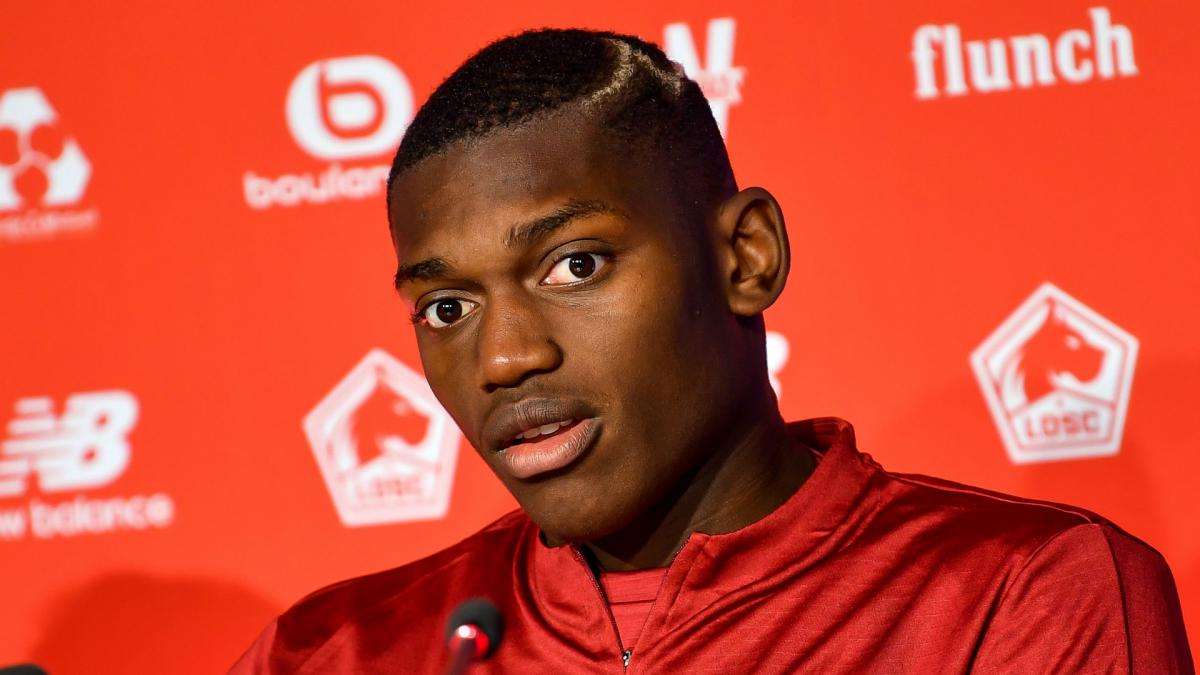 Lille signed Rafael Leão for free in the summer of 2018. Yes, for free (although admittedly pending an ongoing legal action against them from the player’s former employer Sporting Portugal). Imagine if Manchester City had signed him – the world would probably have gone crazy and applauded the English champions for particularly canny business.

Indeed, City were interested in signing the new AC Milan man when disputes involving Sporting Lisbon fans and the players and staff broke out in May 2018. But somehow, Lille convinced Leão to come to the Grand Stade Lille Métropole on a free transfer and they’ve made some use of him.

It is key to note that Leão was far from an established first-team regular at Sporting before he came to France. He made his debut in the February of 2018 and had only three first-team appearances in the league, but scored once against arch-rivals Porto. He had appeared in 18 games for the Sporting B side in all competitions, scoring 12 times.

Much like how Christophe Galtier used him at Lille last season, Leão played predominantly as a centre forward at Sporting but was often deployed slightly deeper as the second striker. Yet it was clear that he had the frame and the positional intelligence to excel as a lone forward.

That is exactly where he played in his first start at Lille. Flanked by Nicolas Pépé and Jonathan Bamba in a home game against Caen, Leão found space to run in behind the Normandy side’s defence and with Pépé dragging defenders with his own run, the Portuguese darted through. Pépé set him through and a calm finish into the far left-corner followed, helping Les Dogues grab a 1-0 win.

Leão failed to find the back of the net in any of the six games following the clash against Caen as Galtier’s men won just once out of those, drawing three. But the spell of seven games that followed turned out to be the best goal-scoring run of Leão’s senior career.

He scored six times in those seven outings, assisting once. This helped Lille march onto a nine-game unbeaten run which only snapped following a surprising 1-0 loss to Monaco away from home. They lost only once during that seven-game Leão hot streak – a sign of how important a player he was despite the influences of Bamba, Pépé and even the experienced Loïc Rémy.

Leão has the raw characteristics of a winger on paper. Yet he already plays closer to goal and right in-front of it, despite having the pace and flamboyance that many modern-day wingers possess. The early completeness in Leão’s game makes him capable of performing across the front line.

Whilst, a lot of his goals come from within the six yard area it does not mean that he is a poacher or a fox-in-the-box customer. He loves to dart in-behind defences and that is a big strength of his play – his ability to accelerate. As a result, he will likely be in direct competition with AC Milan striker Krzysztof Piątek, who too likes to run in-behind, although admittedly contributes a little less in the build-up of the play. Having attackers who can pick an excellent pass in Pépé and Bamba has played to Leão’s strengths – it remains unclear whether that support will be as excellent in Italy.

For the Portuguese under-20s in the recent World Cup, Leão started as the sole striker up front and had players like Trincão, Jota, Gedson and Florentino Luis playing around him. All of these players can pick a pass for a striker like him to run onto and that aided him. As he had to hold up the ball more often than he did at Lille, it brought to the fore some of his weaker aspects, such as playing a role in construction of attacking moves and the more refined interplay. Leão does have a good pair of feet and on average completes a dribble every two games. But his passing accuracy from last season was 72% and it again shows where his strengths lie.

At Milan, Marco Giampaolo will play a 4-3-1-2 system that will be new for Leão but it will force him to become used to tactical and technical intricacies that he has not yet been exposed to. Giampaolo’s system relies on intelligent movement and keeping possession and focusing on this will improve Leão as a player.

With Milan now also looking at Angel Correa from Atletico, they seem keen on playing Leão as second string to Piatek. It won’t belong before the Portuguese starlet is in the driving seat.