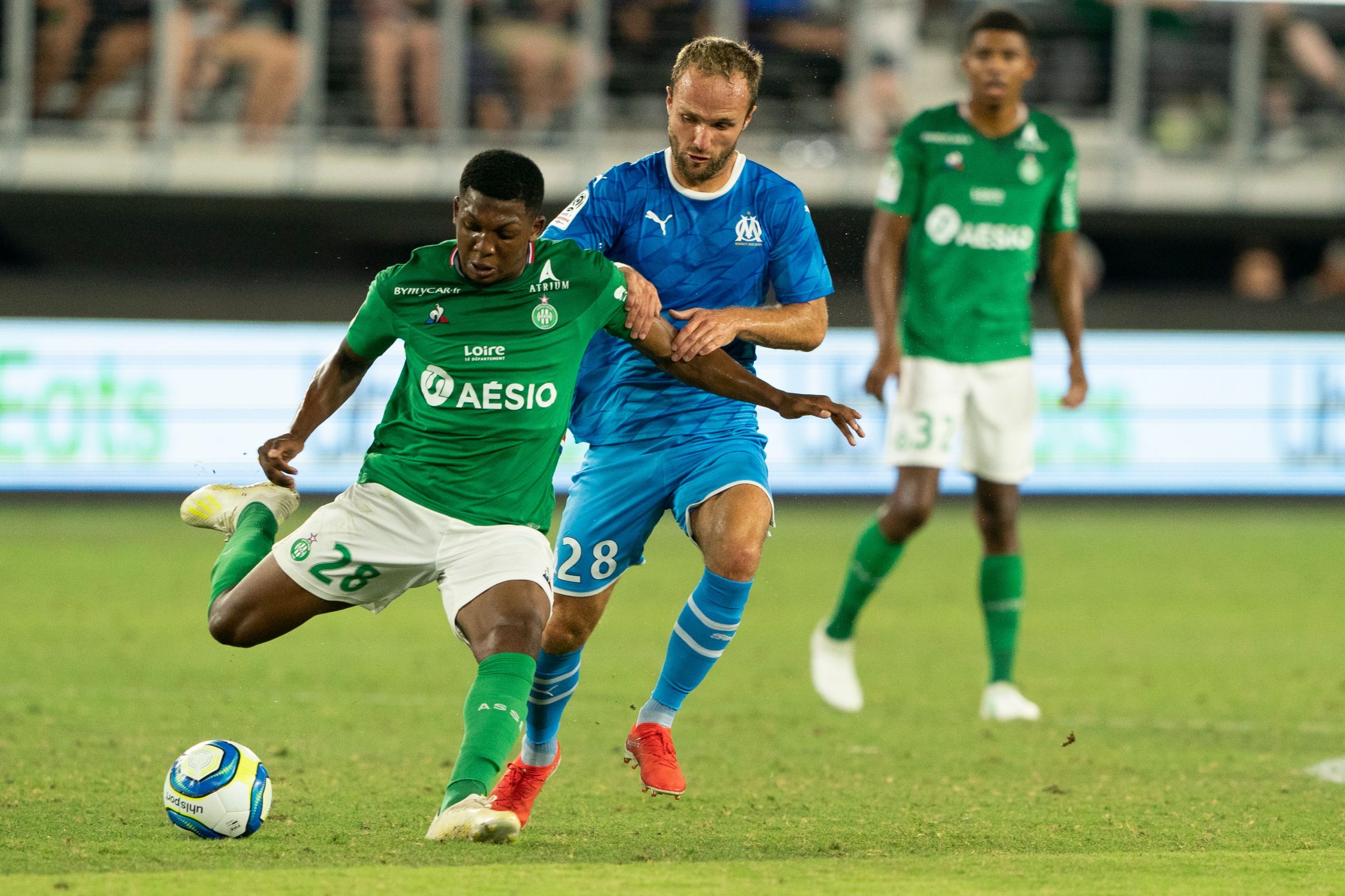 Youssouf joined ASSE this summer from Bordeaux for a fee believed to be worth €2m. It was a move that left many at the time scratching their heads. This was a player who had struggled to break into Bordeaux’s starting XI – so what did he hope to accomplish by joining St Étienne, who arguably had a more competitive squad, which should have by all means made playing time even harder to come by in 2019/20?

Married in June, Youssouf’s decision was certainly in part dominated by the fact that he could be closer to his wife by joining Les Verts – he asked them to give her a trial with the women’s team, touting her as Orléans’ top scorer. When we say close, we mean on the training pitch along. Youssouf’s wife is now also a professional footballer for St Étienne. Nawëal Ouinekh is 22 and also wears the #28 shirt, just like her husband.

“Between the league matches and the European matches, I am not at home much at the moment. So whenever I can, I come to see Nawëal play. Because, even though I don’t follow women’s football, I just follow her, I still need to know what is going on,” Youssouf told L’Équipe at one of her recent matches.

Nawëal is an ex-French youth international player and is left-footed, like her husband. They share the same goal celebration: two clenched fists, because when they first got together as a couple in 2017, they did this pose in one of the first photos of them taken together.

As youngsters, they used to play against each other: “It was the time where boys were with the girls. I remember because it was my first match on a big pitch, with the Bordeaux U14s. Nawëal played for Mérginac-Arlac, where everyone was talking about the girl who dribbles. It was rare to see a girl play football and be so strong on the ball. She was already more technically gifted than me. I was more of a defensive midfielder. She, she cannot play as a #6. To be completely honest, in terms of pure talent, she’s better than me,” Youssouf has added.

They then fell out of touch, but not for long. Nawëal joined Bordeaux in 2016 – this was the year that they began to fall in love: “It was the first time that I was going out with someone in football,” Nawëal says. Zaydou adds: “I did not want to go out with a girl who was in football. It just happened like that. It is crazy how football brought us together. It created a link between us. Without it, I wouldn’t have married her. We would not even be together.”

Missing regular playing time at Bordeaux, Nawëal decided to leave for Croix de Savoie, a 2nd division outfit in February 2018 – then she moved to Orléans 6 months after. After a nomadic 18 months, Zaydou convinced his new club St Étienne to give his wife a trial – she had just been let go by Orléans.

Nawëal comments: “I was under pressure because I had just left Orléans, and St Étienne were playing to get promoted to Division 1.” Everything went well, she signed on the 5th September.

Whilst they work in the exact same office of the Le Forez training ground, they are paid completely different amounts: “It will be difficult and it will take time for women to earn as much as men. Zaydou is the only person that I trust and who I support in football. So, we don’t argue. In contrast to him, I don’t have an agent. I don’t want to. He advises me on everything and his presence is really necessary for me. I tell him what I see. And he does the same. When we play 1 vs 1 in the garden, he always wins,” Nawëal laughs.

Who is going to make it big time first? Nawëal has her view: “I cannot play for the rest of my life. I want to have a family life, with children. My dream is that Zaydou makes it big. Because if he does, it will be like I have made it big too. What’s important is to be there for him and that football continues to bring us an enormous amount in our lives. Because football in fact is our lives.”

Youssouf has been a key part of St Étienne’s team since the arrival of Claude Puel in October & recently earned his first France U21 caps. You’d be wrong to bet against French football’s rising couple.

Dijon in talks with James Léa-Siliki