FEATURE | The mystery of Myziane Maolida – the struggles of Nice’s former record signing, once touted as a successor to Lacazette & Balotelli 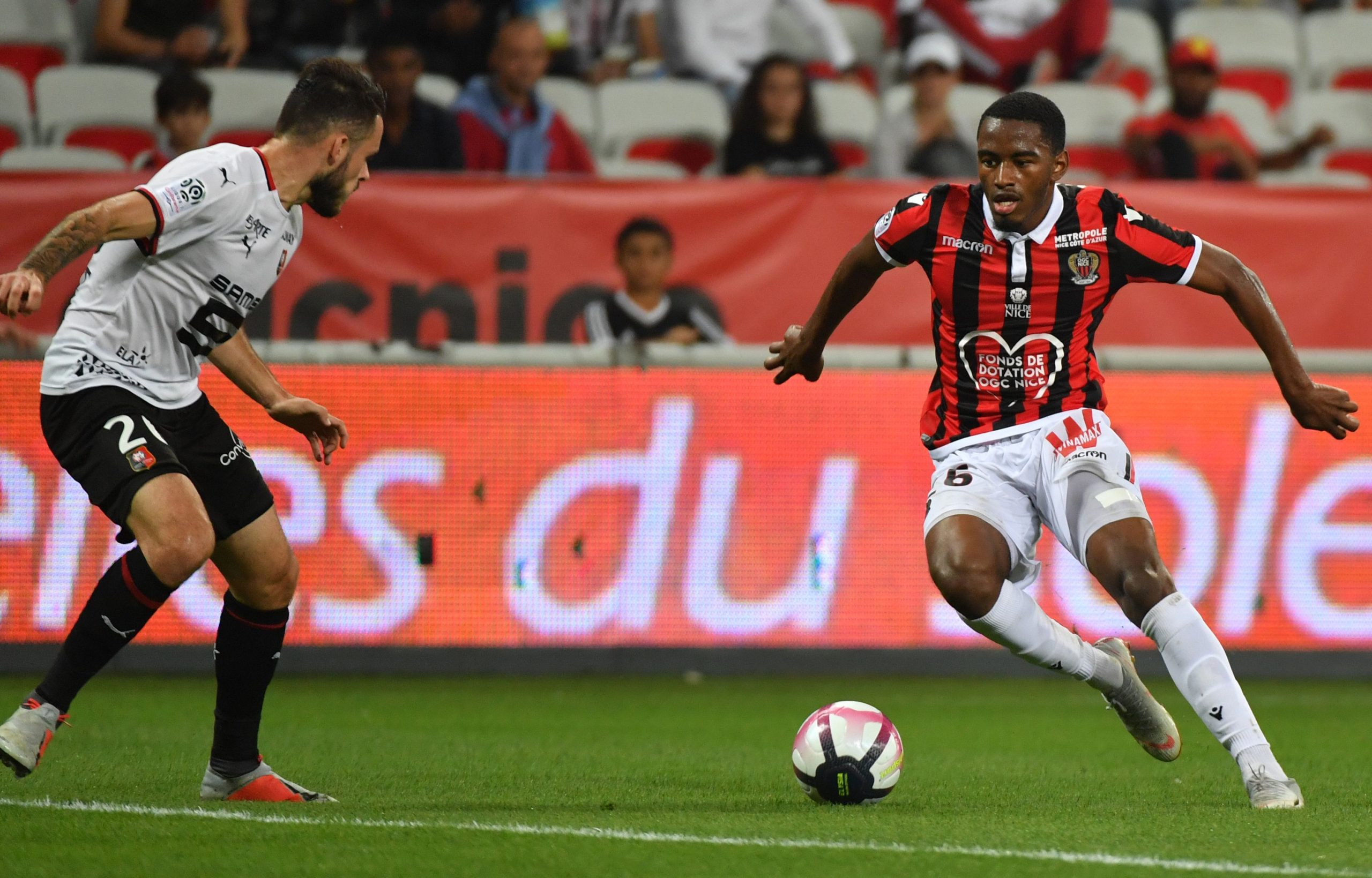 Following Nice’s shock 3-2 defeat to struggling Ligue 2 outfit Le Mans in the Coupe de la Ligue last week, both players and staff looked despondent. With the INEOS era heralding much initial promise, it seems many at the club are realising the severity of the crisis in which they find themselves.

Few however cut as demoralised a figure as Myziane Maolida. It had been another frustrating, anonymous cameo from the twenty year-old. Once touted as the next big thing in French football, and the heir apparent of Alexandre Lacazette, the Frenchman’s individual crisis of confidence is perhaps eclipsing that of his club.

Just two weekends ago, Maolida had been given a golden opportunity to prove he was the man to get Nice out of their rut, earning a rare start in his preferred position of centre forward due to the absence of new record signing Kasper Dolberg. After 58 minutes he was off the pitch, with his performance being awarded a 2/10 in Nice–Matin, who labelled his outing as “atrocious” and his impact as “transparent”. Patrick Vieira’s comments published in 20 Minutes, “I expect a lot more from some players”, seemed directed primarily at what had been a woeful showing from his attacker.

Prior to joining Nice, Maolida’s rise had followed a steady, upward trajectory. Born in Paris to Comorian parents, the striker began playing for local side Antony Sports in the southern suburbs of Paris at a very young age. In 2007, aged eight, he joined AC Boulogne-Billancourt, an amateur club in the French lower leagues whose youth setup have helped develop players such as Newcastle winger Allan Saint-Maximin and Lille defender Adama Soumaoro.

Highly-rated from a young age, it wasn’t until being scouted by Lyon at 15 that his career really began to take off. After joining Les Gones, the youngster quickly rose through the club’s ranks, impressing for their U19 side domestically and in the 2016-17 UEFA Youth League. Between 2016 and 2018, he scored 13 times in 25 matches for Lyon’s reserves.

During this time, the forward had also been impressing in the French youth setup: in 2015 he scored a brace against Morocco on his debut for the French U16s, and in 2018 he helped the France U19 squad reach the semi-finals of the Under-19 European Championships. He has since racked up a total of 9 goals in 18 games for Les Bleuets.

Testament to the Frenchman’s potential was the fact that OL tied him down to a new five-year contract in July 2017. Just one month later, he made his senior team debut at 18, coming off the bench in a 4-0 home win against Strasbourg. In November that year, he scored his first senior goal in a 4-0 victory over Apollon Limassol in the Europa League, and went on to score his first league goal just three days later against current employers Nice. Amassing 22 first-team appearances and scoring three goals by 19, it was clear that a new star was emerging.

Having attracted the interest of many clubs following his first campaign at senior level, the forward left OL for Patrick Vieira’s Nice for a then club record €10m. Maolida himself had been seduced by Vieira’s project, and was seen by the club as a replacement for Mönchengladbach-bound Alassane Pléa, and the soon-to-depart Mario Balotelli. If there were any doubts over his potential, his €100m release clause emphasised just how prized an asset he was. This, however, was when things started to stall for the youngster.

In an extremely goal-shy Nice side, Maolida failed to score in any of his 14 appearances in Ligue 1, netting just once in the Coupe de la Ligue. Injuries stunted his development: a foot injury in mid-November saw him sidelined until mid-January, before being forced out of action with hamstring trouble in February. After a quiet start to the season in a more defensive-minded side often playing with a back five, the youngster was unable to gather any real momentum, or string together a consistent run of games as a starter. As a result of this disruption, it seems his form and confidence have nosedived.

What makes Maolida such an exciting proposition is his technicality. An excellent dribbler with a terrific first touch, he’s at his best with the ball at his feet, taking on players directly, or using his pace to slice through opposition defences. His versatility is also an asset, as he is capable of playing anywhere in a front three. A competent finisher, the Frenchman can also shoot from range. Emblematic of everything that is good about Maolida is the goal he scored against Celtic for Lyon in a July 2017 friendly: a darting run behind the defence from the left hand side, dribbling and trickery to work the ball into a shooting position, and a tidy finish.

However, the very nature of his game is one that requires confidence, which seems to be in short supply at the moment. Moreover, more limited areas of his playing style have been on show; Maolida can be selfish, and often comes back to pick up the ball to help in the build-up on occasions where his skill-set would be better suited to holding the line and making patient, incisive runs. His work-rate leaves a little to be desired, and he isn’t the most physical or aggressive of players. Often more physical defences are able to nullify and frustrate him.

All of this was on display against Strasbourg in Nice’s final game in October. His desire to keep the ball led to him to losing it in the build-up to the Alsatians’ goal, something which he continued to do throughout the match, losing most battles with the opposition defence and failing to put them under any pressure. Right now, he looks like a deer caught in the headlights.

In his two starts and five appearances from the bench, Maolida has offered virtually nothing to Nice going forward so far this season. With the whole team struggling, it is difficult to see an opportunity for the Frenchman to gain any personal momentum in the near future.

A run of games at centre-forward or, failing that, on the left-wing, could help; but with competition from new signings Adam Ounas, Alexis Claude-Maurice and Kasper Dolberg, as well as improved contributions from fellow youngster Ignatius Ganago, he will have to fight for every scrap. So far, he does not look like he can deal with the pressure of leading the line for Nice, especially when times are tough. It may already be time for him to consider whether his future lies elsewhere.

Whilst Maolida has shown few signs recently of living up to his potential, he is still just 20. For a player who has made waves at youth level and accumulated over 40 caps for France’s youth sides, the raw talent is there, but needs to be nurtured to translate successfully into the senior game. Otherwise this could prove to be yet another story of too much, too soon.