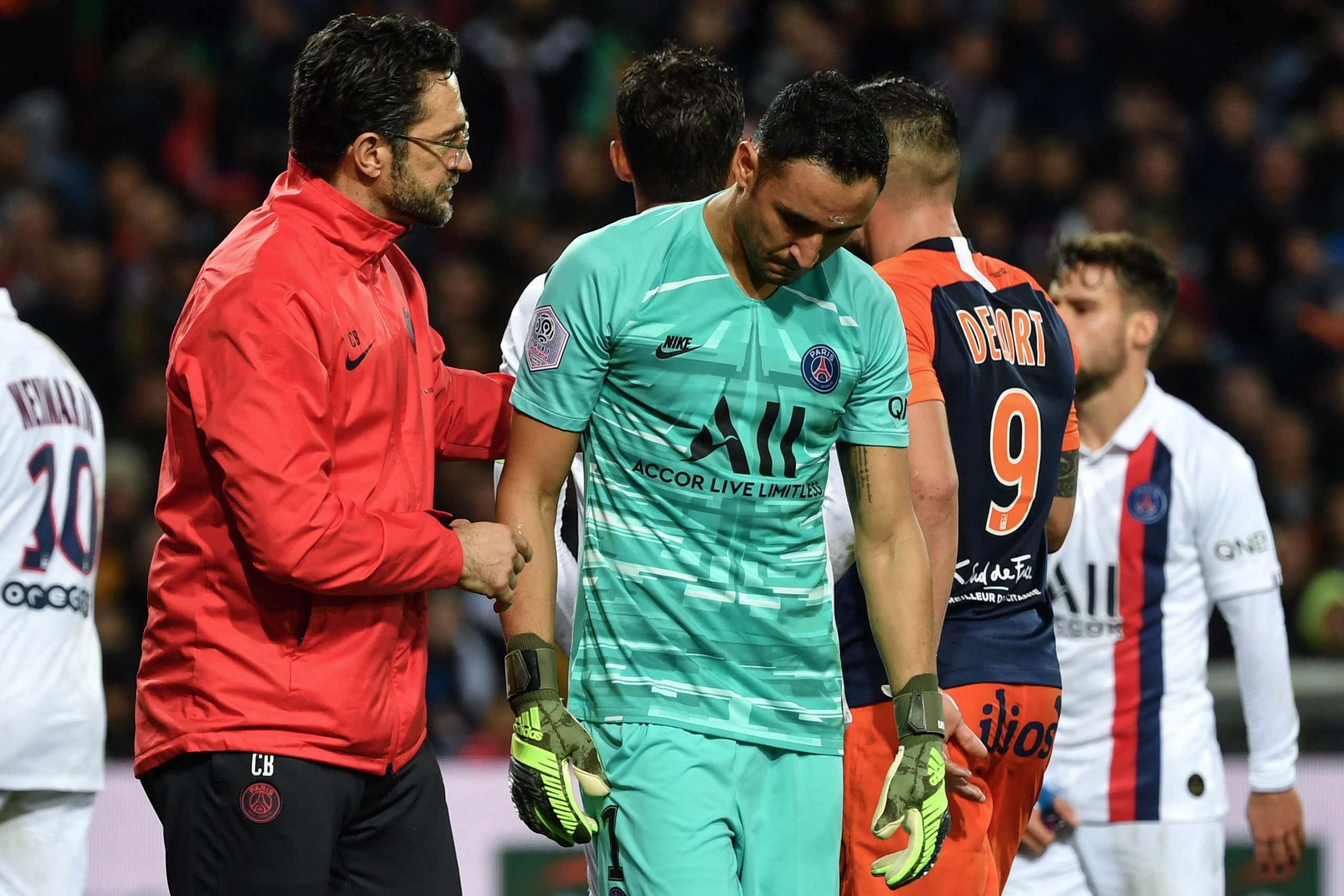 PSG beat Montpellier in this Saturday’s Ligue 1 afternoon game, running out 3-1 victors in the South of France.

The game was not without incident, with Montpellier defender Pedro Mendes seeing red after a second bookable offence early on in the 2nd half. MHSC had gone in ahead at half-time courtesy of a bizarre Leandro Paredes own goal, but were quickly brushed aside with goals from each of PSG’s front three: Mauro Icardi, Kylian Mbappé & Neymar.

In the final 10 minutes of the encounter, PSG goalkeeper Keylor Navas reacted in dramatic fashion to what appeared to be a water bottle thrown at him by the Montpellier fans.

Andy Delort talks post-match scuffle with Neymar: “We must not have been brought up the same way.”