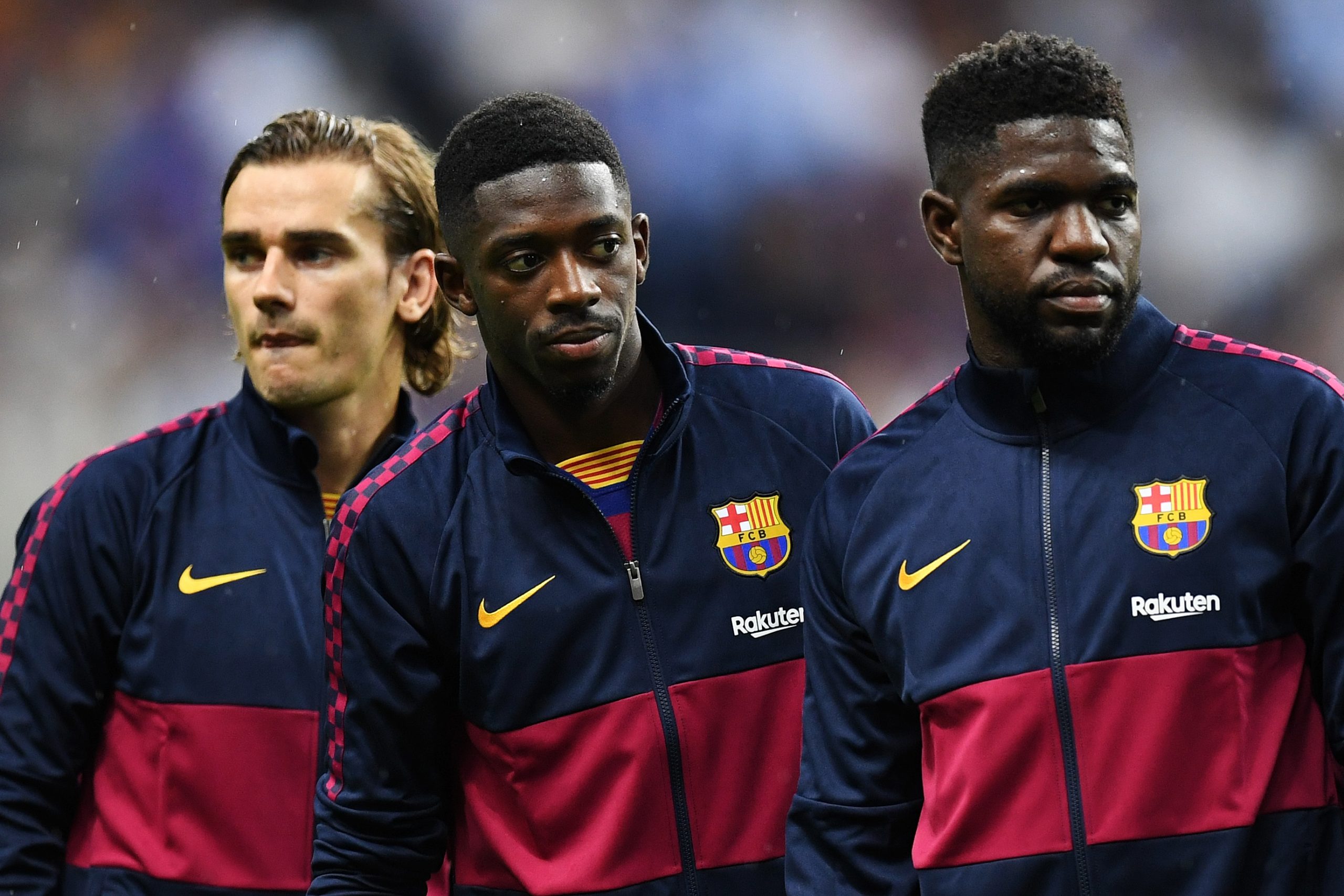 Umtiti, for so long having been troubled with knee problems which he played with during the 2018 World Cup, does not necessarily want to leave the Catalan giants, who he is contracted to until 2023.

The outlet claims that the player expects to be back in a position where he is in control of 100% of his capacities again by February. The problem? He has been displaced in the Barca pecking order by Clément Lenglet and France boss Didier Deschamps with recent selections has made it clear that if Umtiti is not playing regular football, then he will most likely not be involved in Les Bleus’ squad next summer.

There is a market for him elsewhere. The French newspaper claim that Premier League side Manchester City are considering a January move for him with Aymeric Laporte still recovering from a long-term knee cartilage and meniscus injury. However, the Citizens are worried about the state of Umtiti’s knee. Chelsea and Manchester United are also looking for a left-footed central defender.