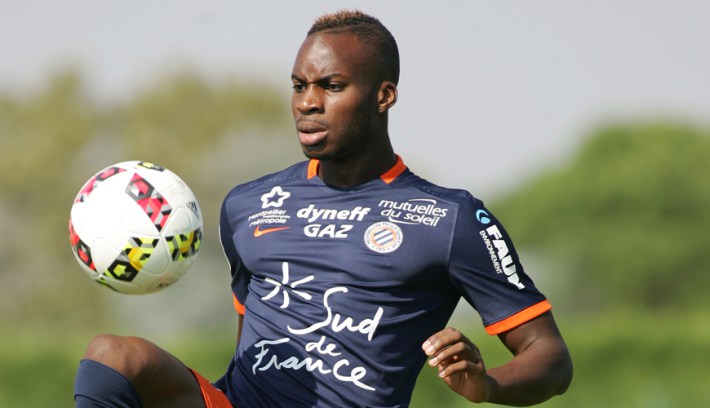 On Friday evening, sometime between 11PM and midnight local time, the Champs Élysées will flood with a delirious crowd. If Senegal lift their first African Cup of Nations, Paris will burst with the same joy as Dakar. And if Algeria triumph again, 29 years later, you can expect an even bigger crowd.

Ahead of such a mouth-watering confrontation, Get French Football News’ pundit Yacouba Sylla shares his excitement, his reviews of the latest knockout events, and discusses the navigation of transfer negotiations during international tournaments.

The final is on Friday: Algeria-Senegal. What do you expect from this conclusion?

It’s not a geographic derby, but it’s like a derby in terms of pride. It will be a very hard-fought match. Where we come from, in France, there are lots of Algerians and Senegalese. We all have an Algerian, neighbour, a Senegalese neighbour. We know how it is, it’s going to be fire, it’s going to be a great celebration no matter who wins. It’s the first time they play each other in a final. In terms of language they both speak French. Most of the players have friends on the other team, there are affinities, they have common hopes. It will be a manly match.

And both teams deserve to be there, they have been the most impressive.

Look at their statistics. It’s five wins each (6 for Algeria, who beat Senegal 1-0 in the group stage). Senegal have only conceded once, Algeria twice. Those are almost perfect stats for anyone who reaches the final four. It’s a nice change from teams that force their way through with draws to become nasty finalists. But generally, in football, each deserves to be in its place, one way or another.

There is one statistic that won’t please Senegal, it’s the number of penalties they’ve missed during the competition: 3. Will they practice those before the final?

Frankly, all professional players can take a penalty, they know how to do it. But then there’s psychological aspect, a combat between the goalkeeper and the shooter. It’s an art of war, and you need to perform on the moment, and not have shot it beforehand in your head. The gesture needs to be achieved to perfection, to the closest millimeter. There is no right to make a mistake.

Can training help? Or is it just a revealing gesture of a player’s mental strength?

You can train but… You won’t do it three days before a final. It can maybe help players be more confident in their certainties and their habits. But these are players of the highest level and they know how to take that shot, it’s purely a psychological aspect. When you’re in front of the ball, of the goal, and the goalkeeper is trying to make it look smaller… The pressure of the result is on you.

Speaking of players of the highest level, Sadio Mané and Riyad Mahrez will face each other in something of an extension of this season’s duel between Liverpool and Manchester City.

They are two players I hugely appreciate. But Mahrez has made a very strong impression, he carried his country in this competition most notably with that decisive free kick in added time. Mané has more difficulty entering the competition, having missed the first match. The pressure on Sadio is huge, because he is the key player, the star for Senegal, whereas Mahrez can also be helped out by a number of players, including Yacine Brahimi even though he hasn’t played much, but also players like Baghdad Bounedjah, who might be well-known in Europe but in his country might even be more appreciated than Mahrez.

There are other players like Atal who have great qualities, or Guedioura, who brings stability to the team. Senegal also has reliable attributes, like Kouyaté, Gueye, or normally Koulibaly, who will be suspended. But for me, Mahrez is the man of the competition.

There are not many players in the world who can score that free-kick at the last minute.

Excuse my language but you need balls to do that. The guy took his responsibilities, you can’t take that away from him. He did what he needed to. For Sadio Mané, fortunately Senegal passed despite Henri Saivet’s missed penalty, because if not the blame might have fallen on him for not taking his responsibilities. More fear than harm. The essential was for Senegal to qualify, and they did it with style, which is important too, they deserve it. They have been progressing for several years and representing Africa on all stages, with players in Europe or by going to the World Cup.

It has also been a long time since either team has played an AFCON final: 17 years for Senegal, 29 for Algeria. One will be very happy and the other very, very, sad given how rare the occasion is…

Of course. And as you know, at the African level, a win or a loss is always over-reacted to, compared to Europe. Emotionally, it’s over-dimensioned. You will see more players crying, and happier players. It’s the love of the country, of the nation, of the shirt.

Do you think that the loser will, in hindsight, find satisfaction in making it to the final?

No. I think a manager would have some satisfaction of bringing his team to the final, of finishing second. For a player, it’s difficult to digest. Myself, I’ve never played a final. It’s difficult to make it all the way there, and then to see the other team lift the trophy… It’s difficult to fall one step short, for any competitor in any sport. You play a final to win it, nothing else, and it leaves traces. Notably all the efforts they’ve made to furnish in the qualification, the preparation. You can die of regrets. You cannot say you played a final, gave everything, then lose; and be satisfied. Impossible. There will always be a feeling of something unfinished, even if you are Zimbabwe or anyone else.

After Senegal – Tunisia, Aliou Cissé thanked Alain Giresse for his work at the head of Senegal (2013-15). Knowing Giresse, do you think there will be some consolation for him in having contributed to that team’s progression?

Yes, all coaches like recognition, it’s normal. In victory, Aliou Cissé is a great monsieur. He wanted to have comforting words for the great job Giresse did for Senegal, and not forget him in that moment. But I think he must quite disappointed, because he would have wanted to beat Senegal given the conditions of his departure. But that’s football. Both men respect each other and it’s nice to see that sort of comment towards a colleague.

Let’s talk about players who attract attention during the competition, who can hope to be transferred towards bigger clubs. Have you ever known players being approached during a tournament?

It happens all the time. Each can find a shoe that fits. Of course, for players from smaller countries, us viewers, we can think, “Yes, he just went to some small club,” but it’s still a step up. I think for a lot of people this AFCON will be beneficial if they shine during the matches, especially as it is during the transfer window. I’m thinking of Madagascar, of small countries that showed a positive face: Benin defended their colours proudly. It’s pleasing that AFCON can bring a positive evolution to players who might have been in the shade, be it a financial or sporting progression.

In practice, how does it work when an agent or club approach a player during the competition? What medium to they use?

Nothing changes. There are several ways. Firstly, there is word of mouth, when a player from a certain club gets contacted by a member of another club. Or more simply, agents do a lot of work, especially during this specific period of time. They want to show the value of their player, put him in the spotlight, and there can be more opportunities for this than during the regular season. There are also scouts who pay close attention to the promising players and the good deals that can be made during the competition.

For me it changes nothing, because even when you are with your club agents are supposed to bring solutions to the players, be it a contract extension or a transfer. The only specificity about an international competition is that for a lot of players who play in second or third rate clubs, it’s a good way to challenge themselves against the best African players and have a reference if a club comes to observe their level.

We also have players who are expected to be transferred over the summer, but had a disappointing competition, like Nicolas Pépé. What consequence might there be for his club?

For Nicolas Pépé, playing AFCON is just a bonus. It’s not on this competition that we’re going to question his talent. He is very talented, for me he is unquestionably the Ligue 1 Player of the Year. Honestly, I’m going to say there are underrated players and that Pépé is in that category, just like Mahrez once was. The fact of being African, I’m not going to lie, is neglected by some clubs. I think if he had been Argentinian, Brazilian, or Portuguese, he would have been transferred immediately. But I don’t think this AFCON will have an impact on his transfer, because he showed at Lille that he could carry the team alone and had hallucinating statistics. I’m not worried for him.

We also discovered the Boulaïli-Bounedjah duo from Algeria. Neither player is very well-known, but they have been very effective. Will they change status at home only? Or also by finding new clubs?

I think they have nothing to envy from European clubs. In comment sections, you can read that they’re underrated or whatever, but you don’t know what their status is in their leagues. Bounedjah plays in the UAE, and not a lot of European clubs can align themselves with what he would make there. There are players who make that career choice, of shining in a foreign league that might be less attractive than Europe but with means that they won’t obtain elsewhere.

Let’s take another example, your compatriot Youssouf Koné. His transfer to Lyon was going to happen no matter what. But would there have been a risk of distraction as negotiations took place during the competition?

No, I don’t think so. Because given his age, his love for his country, he knew very what he had left to do. He did it with brio, honestly, he had a great competition, after a good season with LOSC. I think he completely held his rank, as a promising player.

What did you think of your Mali against Côte d’Ivoire (0-1)?

We have to congratulate them. They gave everything they had to give, with style. It’s a seductive team to watch play, young and enthusiastic. What brought them down was to fall against a more experienced team, and that isn’t easy to forgive. Experience took the upper hand. But there were also the tactical choices from the coach.

He took off Abdoulay Diaby at a key moment of the match, and Amadou Haïdara too. It destabilised the team, who had control of the match before that. That is the coach’s responsibility. For me the players have nothing to reproach themselves for, they showed a positive face during this AFCON. They gave everything, they were beautiful to watch play. They only missed a little bit of efficiency in front of goal.

What next? A change in coaches?

No idea. What I wish for Mali is that they continue to progress with competent people, who want to defend the country’s interests and the progression of young players. Not people who just come for their own interests, and who weigh down on the whole nation. I wish that they continue on their good momentum and that the governing bodies take, I hope, the best decisions to continue progressing.