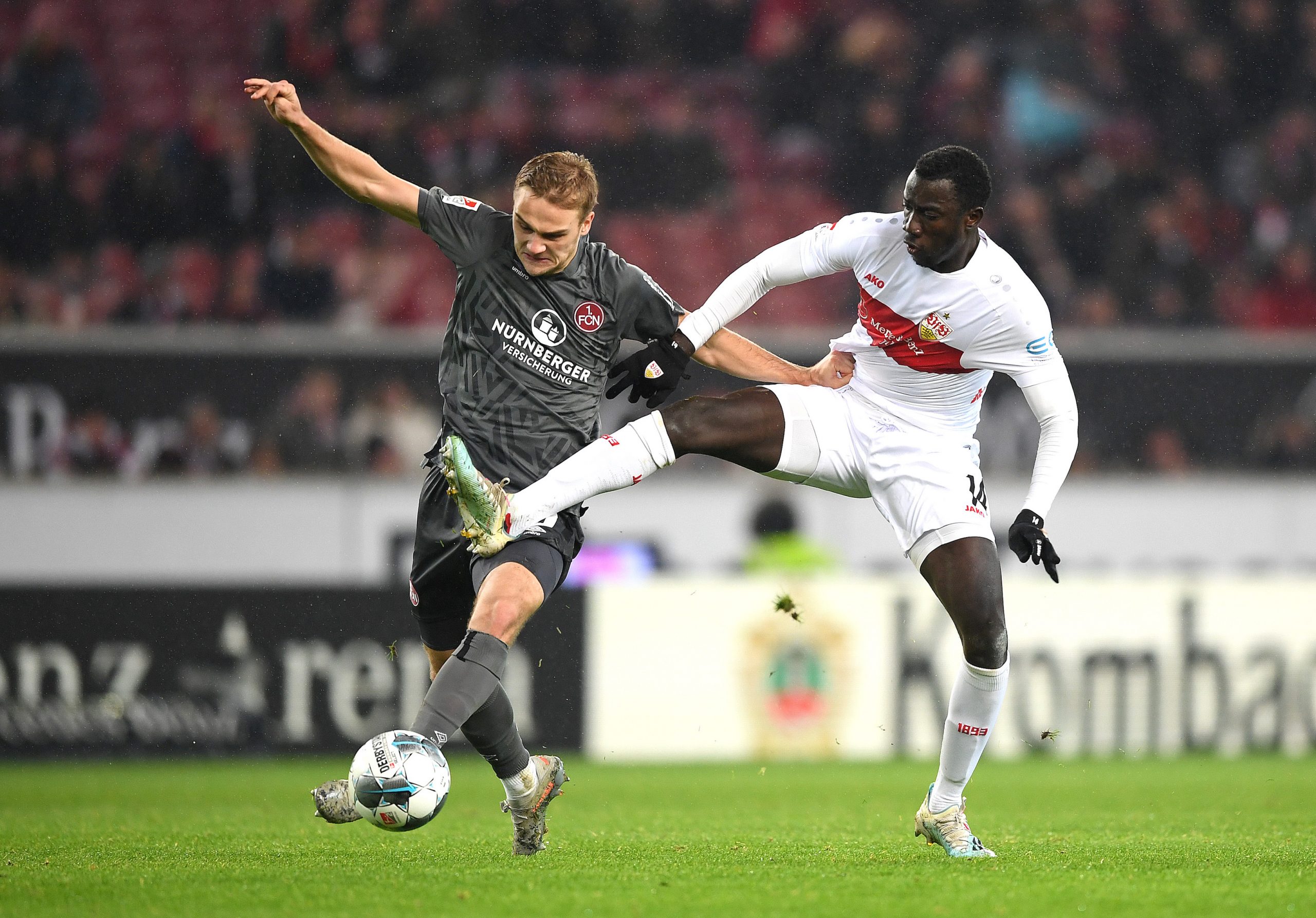 Paris FC supporters have not forgotten Wamangituka, who scored 11 Ligue 2 goals last season. Last summer, the striker received a lot of offers. The French clubs that were interested ultimately gave up. Firstly because of the price, too high. But also because of a doubt about his identity. The Congolese footballer, who joined VfB Stuttgart (German 2nd division) for just over €8m, is unlikely to be called that.

So who is he? Is his name Silas Wamangituka? Or is it Silas Mvumpa Katompa, as the head of a club in Congo believes? L’Équipe’s investigation was not easy. Several people refused to speak, the player in particular. Others agreed to go on the record before retracting their comments. There were also some calls made to the newspaper that intended to make them understand that it was a story that was “pointless to investigate and write.”

The story of this footballer – at least the one that has been told so far in the media – begins in the streets of Kinshasa, where he is spotted at the age of 12 by Black Mountain Sport, an academy created by ex-French international Nicolas Anelka.

A man called Olivier Belesi then became his sort of guide. This Congolese lawyer, who has a close relationship with the Pingisi brothers, who work with Nicolas Anelka, quickly formally became this player’s adviser. He is the individual who managed all the offers that this man was the subject of last summer. He was also the advisor to Youssouf Mulumbu, a former PSG player who filed a complaint against Belesi for “forgery and use of forgery, and fraud,” as revealed by L’Équipe on October 18.

Wamangituka first played for FC Matete, a club with close links to Anelka’s academy. In early 2018, Belesi offered the player to Montpellier, who directs him to Alès, MHSC’s partner club. He played six games there and scored once. After a trial, he joined the Paris FC. In August 2018, he made his professional debut. Here’s where it gets interesting. In autumn of 2018, Max Mokey Nza-Ngi, the president of a Congolese team called Football Club MK, contacted Belesi and Pierre Dréossi, the general manager of Paris FC, with a proposal in hand. In one of his emails that L’Équipe has read, it states: “Proposal for amicable settlement over the fraudulent transfer of our player Mvumpa Katompa Silas to the Paris FC club under the name of Silas Wamangituka.”

The head of this club was convinced that Wamangituka was none other than Mvumpa Katompa, a player who joined his side in 2015 after having played for two other clubs in Kinshasa, AC Matonge and ES Grace. Born October 6th 1998, this player wore played for DR Congo international at youth level. But this identity has disappeared from the face of the earth for more than two years now.

The Wamangituka identity claims to have been born on October 6th, 1999. The resemblance in photos of the two players is striking. But why this change of identity? This sleight of hand appears to have enable him to join Alès for free while he was in fact under contract with Football Club MK. When he signed for Paris FC in early 2018, he had a passport with the name of Silas Wamangituka. However, when he applied for his Schengen visa to enter Europe in June 2017, he did so on behalf of Silas Mvumpa Katompa.

It appears that Football Club MK President Max Mokey Nza-Ngi has sought to take advantage of this troubling affair. In exchange for his silence, he expressed the wish to be “compensated” and also wanted “10% of any future possibly realised by Paris FC,” per emails seen by L’Équipe.

Paris FC General Manager Dréossi has confirmed that this occurred: “But at no time did Paris FC pay this club any money. We had the papers, Silas’ passport, his residence permit. Everything was in order for us. If there is a problem, it is in the Congo that it occurred. So you have to see there. And then, this president also sent us a little later another letter to explain that he had ‘come to an arrangement’ with FC Matete. He definitely meant a financial arrangement. Anyway, with African clubs, it often happens. As soon as a player shines, everyone wants their share…”

Dréossi was due to send L’Équipe several documents related to this affair, but he has not responded to them since 20th November. As for Max Mokey Nza-Ngi, he refused to explain himself when he was called by the newspaper: “I do not know you. Who are you? If you want answers, you must come to Congo!”

Coming back to on-pitch matters, since his debut in the German 2nd division, Wamangituka has scored 4 goals and laid on 1 assist. His performances are being closely followed by the Head Coach of the DR Congo national team Christian Nsengi-Biembe, but he is yet to be able to call the player up: “I would like to, but I can’t. There is an administrative problem, a passport problem. This is what Dodo Landu told me… we’ve heard a lot of things, in particular that he was an asylum seeker. But also that there is an identity problem. We wait. One thing is certain, we’ve never heard of this Silas Wamangituka in DR Congo.”

Raphaël Varane praises Cristiano Ronaldo: “I don’t have words to describe him.”