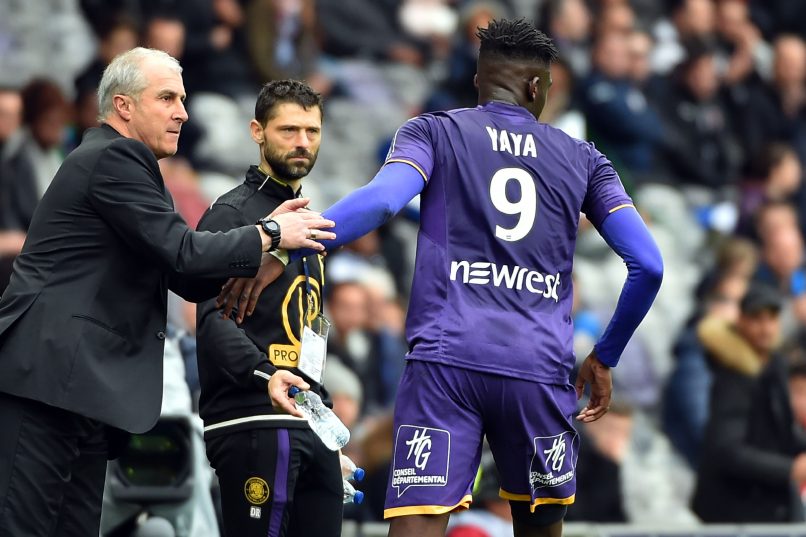 Speaking in an interview with France Football, Ligue 1 side Toulouse striker Yaya Sanogo discusses his decision to join Arsenal in 2013.

“Everything went very quickly, in terms of what happened and my big injury. I had a meeting with the boss (Arsène Wenger), who came to see me after matches against Laval and Tours. And, in what he was saying to me, how he spoke to me, it resonated with me. I knew that I would be going from Ligue 2 to the Premier League and be out injured for a year. In that sense, things were going fast. You are skipping some steps. But, if you had been in my shoes, would you have decided differently?”

On if he had any doubts:

I asked myself a lot of questions. But I said to myself: “Listen, here, the boss has come to see you. He has even called you. You are at Auxerre, in your zone, he wants to see you and he is interested.” I weighed up the pros and cons. But there, I thought: “There, the interest, it is clear.” He said to me: “Listen, I am not going to say that you will start for us. You have lots to work on, but the type of player you are pleases me. We know your situation. You are a free agent. If you work hard, me, I give youth a chance. You could play. And with your work, you are going to see that you are going to develop in a lot of aspects.” There, he said all that to me. What he was saying was persuasive. Other clubs were interested. There was Lille, with Rudi Garcia, who wanted to build a very young squad. But when I met the boss, my choice was Arsenal. I said to myself: “Ok, you are skipping steps, but you’ve got to go for it.”

On his admiration for Arsène Wenger:

Yes, he impacted my life in every way. To do what he did at Arsenal… stay 20 years… and how he moulds players. He does not put too much pressure on young players, but when he speaks to you, he shows you at first respect, but you have to listen very closely to what he says, because he does not speak often. In very few words, you feel his utter and complete knowledge of football. Complete, complete, complete. There is nothing more to say. I admire him.