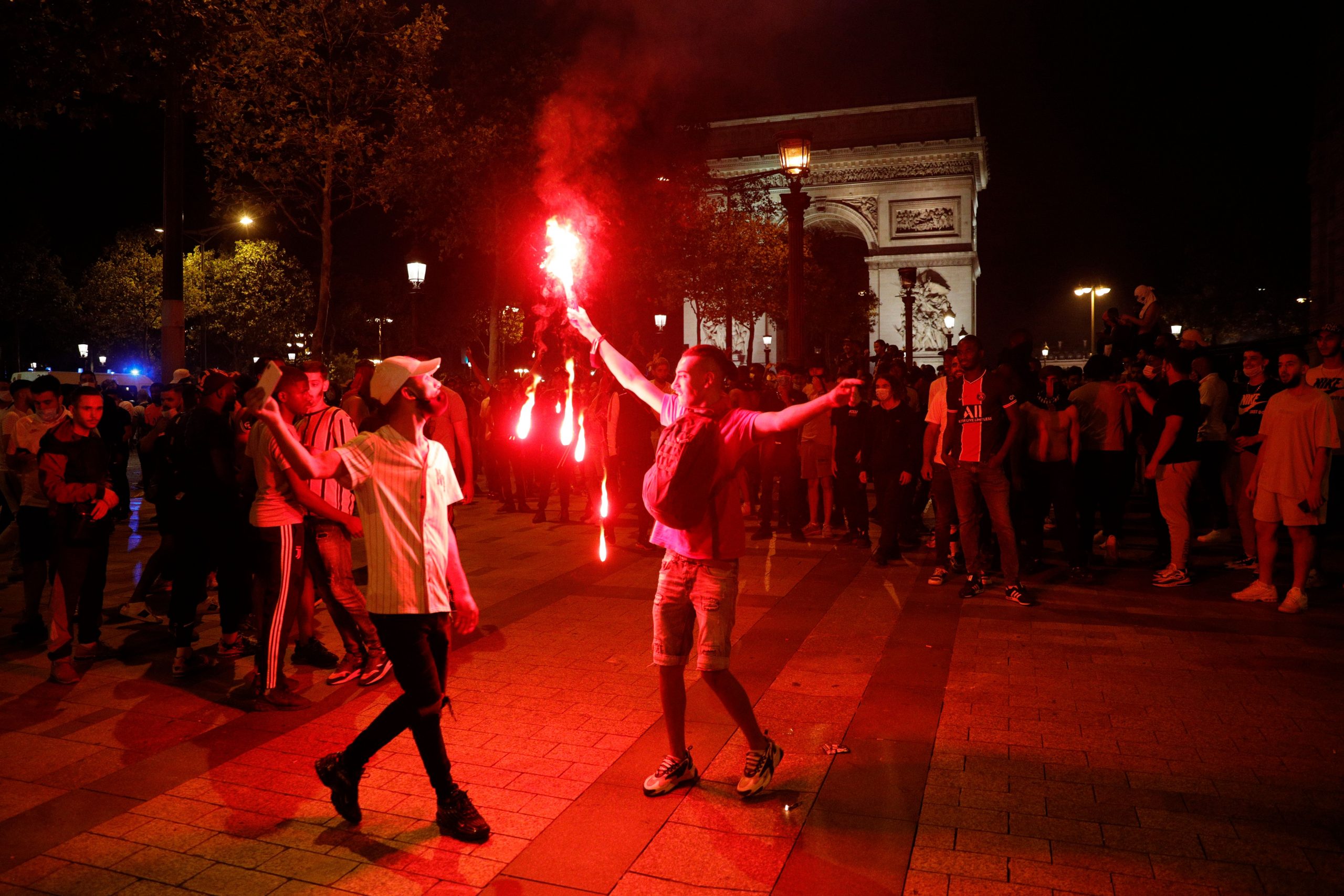 The AFP report that police made 36 arrests last night in Paris around the Champs-Élysées as PSG fans flocked to the streets to celebrate the club’s first ever qualification for a Champions’ League final following their 3-0 victory over RB Leipzig.

Arrests were made for the utilisation of projectiles, attacking law enforcement officials and stealing.

In Marseille, there was also activity around the Vieux Port, as at least 50 OM ultras came out to prevent Parisians, in Marseille on holiday, from taking to the streets to celebrate Les Parisiens’ qualification for the Champions’ League final.

Moussa Dembélé previews Bayern game: “Football is football. I don’t know why we should be scared.”