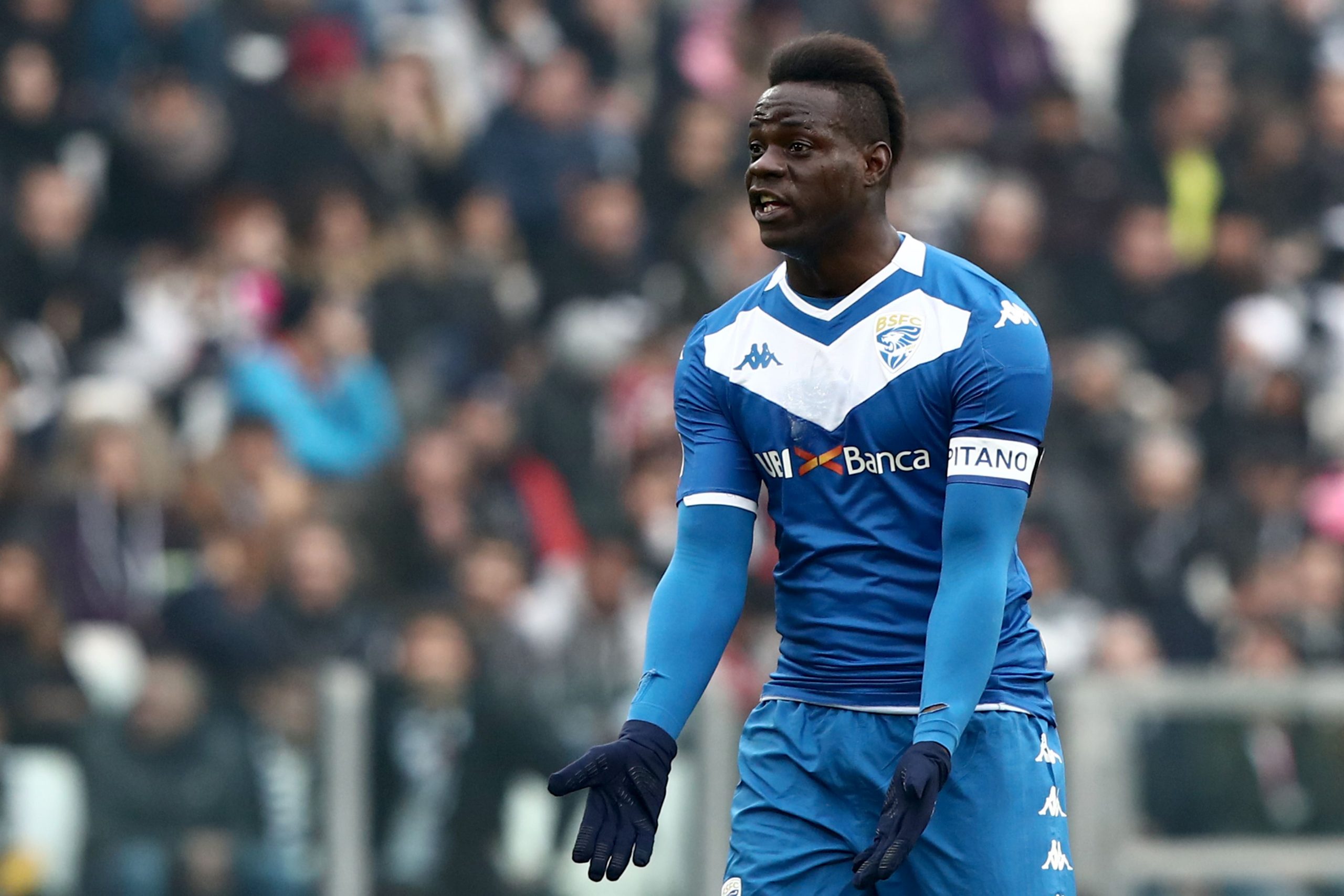 Nice-Matin report that ex-OGC Nice striker and Italian international Mario Balotelli is accused by a teenage girl of rape, in an incident that is alleged to have occurred in July 2017.

The teenager alleges that this incident took place in a nightclub and on a beach in Nice, but “Super Mario” claims that he is nothing other than a victim of blackmail and extortion in this affair.

The Italian justice system has opened two investigations into this situation. One in Brescia, where Balotelli currently resides and plays his football, for the alleged rape of a minor. The girl accusing him states that Balotelli forced her to have sexual relations with him when she was just 16-years-old.

The other investigation has been launched in Vicenza, which is where this young woman resides, into the possibility that she is extorting the Italian striker. The allegation from Balotelli’s camp is that the complainant’s lawyer demanded a payment of €100k, or else she would engage in legal proceedings against the ex-OGC Nice and Marseille striker.

The young girl’s version of events are as follows.

On 15th January 2018, the teenager showed up at a police station, flanked by her lawyer. She submitted a rape complaint and provided Italian police with a very detailed story. The previous summer, when she was on holiday on the French Riviera, she visited friends in central Nice, who were pursued one evening by a black sedan. Inside were two young men, one looked strikingly similar to Mario Balotelli. This was the night of 11th July 2017.

She recalled: “In the evening, I contacted him on Instagram to ask if that had been him, and he confirmed to me that it was. We then swapped messages and he suggested that we go out.”

A first meeting was arranged for the same evening, “on a private beach where we chatted until late at night.”

The two would then meet again, with the female complainant alleging that in the second meeting: “We drank two bottles of whisky. I am not used to alcohol, I was dizzy.”

They exchanged a kiss – the rape is said to have taken place on July 26th. A few hours earlier, at the Allianz Riviera stadium, OGC Nice had taken a considerable step towards qualifying for the Champions’ League, earning a draw against Ajax (1-1), the goalscorer, none other than Mario Balotelli.

“He invited me to Choko (a nightclub that Nice players have been known to frequent). He wanted to celebrate his goal there with his teammates. I told him that I had planned to go to the High Club (located near the Promenade des Anglais). He surprised me by joining me there.”

The young girl indicated that at this time her head was spinning: “That such an important person paid me so much attention… He complimented me, made me feel confident and then invited me into a private room and kissed me. I suggested that we dance, but he was bothered that people would take pictures of him on their phones and asked me to follow him to a more quiet place. I accepted because I was ignorant to his real intentions… I liked him a lot and trusted him, dazzled by everything that he was showing me. I thought that nothing bad was going to happen to me.”

It was then, per her recollection, that the situation went drastically wrong. Balotelli is alleged at this moment to have stripped her naked and forced her to have sex. She indicates that she refused, but that it did not stop him: “I wanted to cry. I didn’t want things to go like this but I was completely at the mercy of this man: I felt paralysed, blocked.”

She also alleges that Balotelli undertook other inappropriate actions on a private beach on the Promenade des Anglais.

On 22nd December 2017, a few weeks before the female teenager came to lodge her complaint against Balotelli for rape, Vicenza police received another visit. Accompanied by his lawyers, Mario Balotelli appeared before the Italian police.

It is at this juncture that he lodged a legal complaint, accusing a young woman – who he admits to having a brief sexual relationship with – of blackmail and reported that her lawyer tried to extort €100k from him, or else he would be accused of raping a minor.

Balotelli’s version of events is startlingly different: “I was approached on the street by two girls who had recognised me. We kept in touch via Instagram. We met on several occasions.”

Balotelli said that he asked the girl in question how old she was: “She claimed to be 18-years-old and showed me an ID card that showed her age.”

He then went on to narrate that he was joined by the girl in question several days later “on a private beach where, with a few friends, she drank whisky and smoked marijuana.”

The footballer claimed in his testimony that the girl tried to seduce him, but on that particular evening the only thing that he did was to offer her a car ride: “In the following days, I received other messages, she insisted upon meeting me… We met again on 26th July at the High Club.”

Balotelli does not deny that he engaged in sexual relations with the girl on that evening, but swears that she consented and even initiated: “As soon as she got there, she started, rubbing herself on me, sitting on me. We kissed but I saw that everyone was looking at us and I felt embarrassed.”

No sooner had they found a private place had the young woman “taken off her pants. She seemed uninhibited.”

The two finished the night on the beach: “We continued to kiss and started to engage in another period of sexual relations. But she was not feeling good and so I stopped.”

Per Balotelli’s testimony, the story ended there and he stopped replying to her messages following this one-night fling.

A few weeks later, the ex-Manchester City man claims to have received “a strange phone call.”

The girl, he claims, displayed a vindictive attitude, only then revealing that she was 16 and accusing him of violence against her. Another piece of contact was made, Balotelli recalls. A call from a lawyer, who threatened to make the affair public. Balotelli then went on to suggest a meeting between him, the lawyer in question and her client.

The girl’s lawyer agreed to the meeting, according to the striker, so long as the player turns up with €100k: “It is for this reason that I decided to go to the authorities.”

A preliminary hearing in this case is scheduled for 24th March.