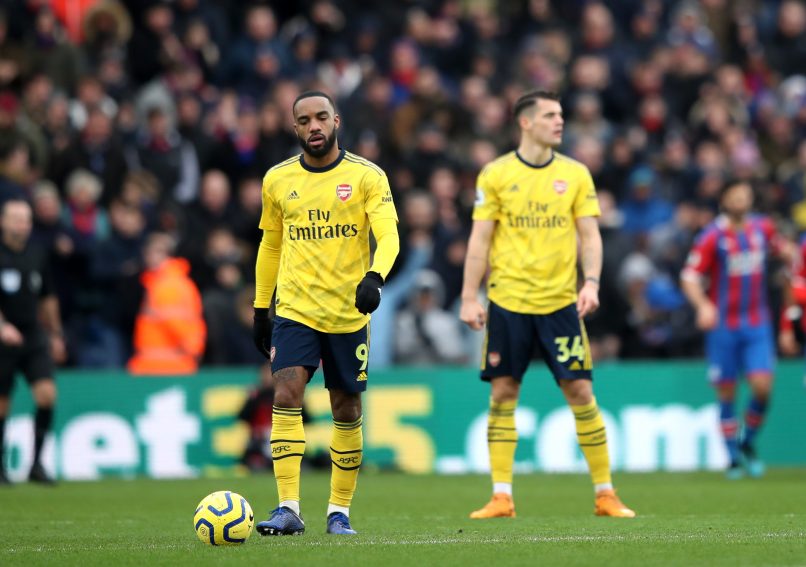 Speaking in an interview with Canal Plus, Arsenal striker Alexandre Lacazette reflected on the 2019/20 campaign and much more.

On if this is the hardest season of his career at Arsenal:

At Arsenal, yes. The injury hung around longer than I thought (to his ankle) and it affected me. Afterwards, I had this period without scoring, so certainly it wasn’t easy for me, but I still learned a lot this season, because mentally it was not easy. The difficulties this season are going to serve me well in the future.

On if he started to doubt himself, no longer being a guaranteed starter:

Certainly, it is not nice to be on the bench. At the same time, in my life I have had moments that were a lot more complicated and I did not doubt myself. It wasn’t really doubt, it was more unhappiness, like every player who is on the bench and wants to play.

On rivalry for places with Eddie Nketiah:

On what has changed under Mikel Arteta compared with Unai Emery:

On his relationship with Mikel Arteta & if he speaks to him in French:

He alternates, he can talk to me in French or sometimes in English. Both. (N.B. Lacazette did not give an answer on his relationship with the Spaniard)

On his relationship with Nicolas Pépé & Pierre Emerick Aubameyang:

Very, very good. We laugh a lot, we also work a lot in front of goal together. At the beginning Nico did not speak very good English (so all speaking French helps), so we always had to be fairly close by in order to do the translations.

On if Aubameyang is the best player he has every played alongside at club level:

I have already been asked this question, I don’t know who it is, but he is definitely up there for sure… If you throw in the national team, then (Karim) Benzema is the best player that I have ever trained with.

They are very good youngsters, humble and working everyday. I think they are the future of the club because we know that these days clubs need their youngsters. They are working, improving – Saka and Martinelli have had very good first seasons. And Joe Willock and Reiss (Nelson) help us with the small playing time that they have, which makes it not always that easy for them.

On if he likes to lend his experience to young players:

Yes, I like to speak with the young guys. Even at Lyon, I really always got on well with them. If it is a youngster or someone more experienced, I will always tell them what I think can help them in a match, they will also talk to me. That is the relationship of trust that we have in the team, to try to help each other.

Well already he scores less goals than he did at Lyon! But, he has improved on the mental and physical aspects of the game, in working as a team as well maybe. It is another role that I am being asked to fulfil at Arsenal than what was asked of me at Lyon.

On what Arsenal needed to make it to the top 4 this season:

We lacked rigour at key moments in the season. We lacked on confidence as a team, because each time we were lacking, whether it was a player at the back or a player up top, who affected the team to the slightest extent.