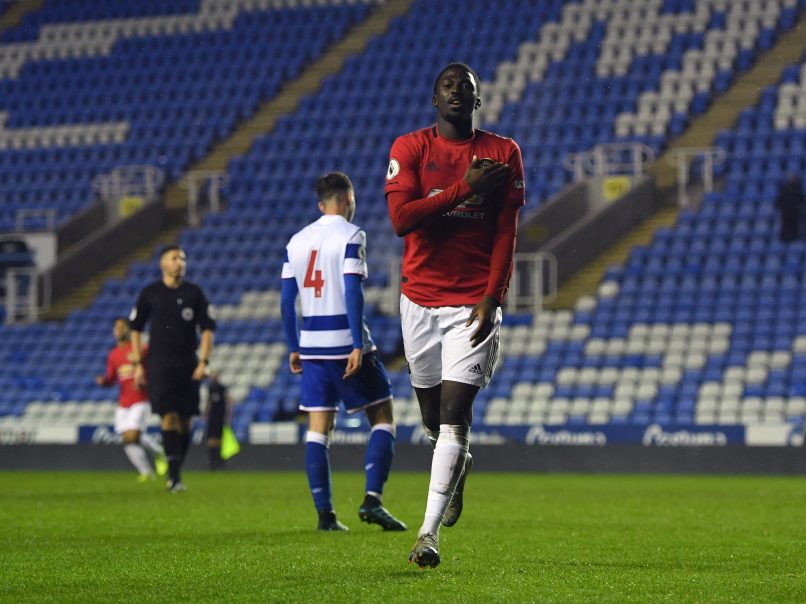 Speaking in an interview with RMC Sport, 19-year-old French midfielder Aliou Traoré provided an update on his time at Manchester United.

How are you doing?

I am starting my fourth season with Manchester United, things are going well. I have settled well in England, even if in terms of food and weather, I have not yet adapted (laughs). My first season did not really go as I wanted, I had a few problems with injuries. The second, I was able to show what I was capable of and the third, I discovered a new position and that is maybe where I learned the most.

Tell us more on that third year and this change in position.

I am a number 8, a box-to-box as they say here. The coach played me on the left wing. It was new but I learned a lot of things in terms of my own game. I learned to eliminate players in one vs one, I knew how to do it but then the opportunities to do it became more and more. I learned to cross with my left foot more naturally when I am right-footed. I had to take decisions more quickly in the last 30 metres and to close spaces defensively. Tactically, I became stronger when I played again at the centre of the park. I know what my wingers are thinking and what they need. It is a plus, as I am a player who likes to guide on the pitch. I can do that more easily now.

Why did you decided to leave PSG, then Sarcelles in 2017?

PSG is a great club, a great youth academy. But it is difficult to make it out. It was the way I saw things, the bridge with the 1st team is not big. Several clubs were interested in me but I thought about it in terms of my game which is made for England, that is why I decided to leave. It was the right decision for me. Manchester, it is a club that I dreamed about, with a great academy. And above all, it is a club that showed a lot of desire for me to join them.

Do you have any regrets three years on?

Not at all. I have learned a lot of things, I have progressed… My game is quicker today, I have been able to play in one of my dream clubs, rubbing shoulders with the 1st team, sharing training with very big players. There are a lot of positives.

Players who decide to head abroad early by quitting the club that formed them get bad press in France, why?

It relates to money. We shouldn’t think like that, but more in terms of the progression of the player and the context in which he is progressing. Each case in unique and we did not make this decision based on money. The players who stay in their youth academies in France are not all good boys. Those who go abroad are not all bad boys. It doesn’t work like that.

Do you feel like you are where you should be in your career today?

Yes and no. Yes, because I think I have respected my potential. I have become a more complete player in three years. I have put on a fair amount of muscle and I am stronger physically, I have become better tactically… I think that I am a player who is ready for professional football. In terms of how I have progressed, I am happy with my three years. But at the same time I imagined that I would already be a bit further ahead. Playing and training more regularly with the 1st team squad. Now, these three years must enable me to play at the professional level. I’ve acquired a background at the youth academy in Manchester that I want to use at a higher level now.

Your style of play has often been compared to Paul Pogba – is he someone who helps you a lot?

I speak a bit with him, notably when I go and train with the first team. He is a bit like how he is on social media, a bit crazy (laughs). He does look after the Frenchies. There is Hannibal (Mejbri) and Noam (Emran) with me.

What is next for you?

I would like to start a professional career. As I have said, I think I have the background to do so. I hope that happens in Manchester, if not then why not go and get playing time elsewhere.

I have one year left on my contract so yes, I am not closing the door. But if I leave, it is for a 1st team. I do not want to leave Manchester to be in the same situation elsewhere. I need a change in my growing and that is going to happen a 1st team.

Do you have a preference in terms of destination?

No, I will be listening for opportunities. I want to above all be part of a project that makes sense for me, a coherent project for what comes for my career.