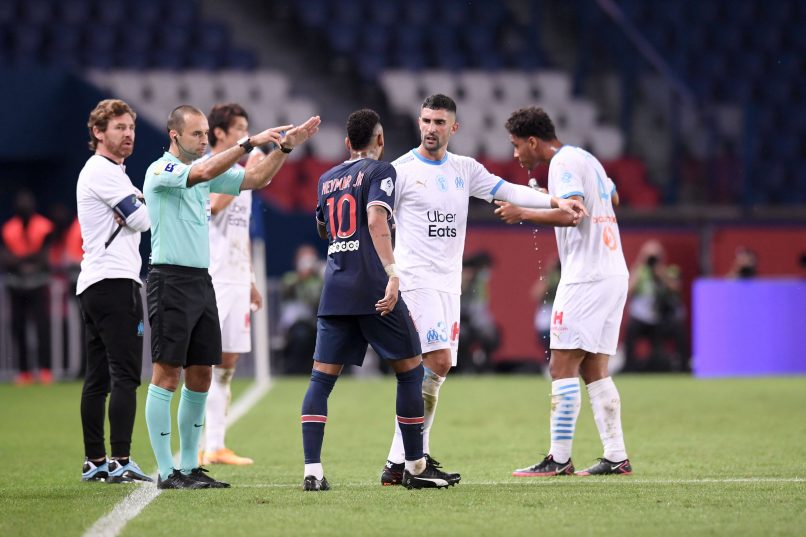 RMC Sport have summarised the events of the last few days in the Neymar – Alvaro Gonzalez alleged racism saga, which is said to have occurred during the Le Classique match between PSG and Marseille two Sunday’s ago, with the Brazilian insisting that the Spaniard called him a “son of a b**** monkey.”

Alvaro wanted to say it, face to face, to Marseille supporters – OM granted his request to arrange a meeting with key members of club fan groups, which occurred on Monday at the training centre, so that the 30-year-old could have the opportunity to explain himself to them.

In this meeting, the Spaniard “swore” that he never said anything racist to Neymar. And that he wants to meet with Neymar face to face to sort out their differences. This face-to-face was important for the fan groups, who hold the fight against racism as a crucial tenet of their ideology.

The Spaniard is understood to have spoken very emotionally, promising that he is not a racist and that he is very open to all different cultures. He explained how much he loved the city and the club and he struggled to hold back his rage on the night that he was accused by Neymar on the pitch of being racist. He was in tears at one point in the meeting. Gonzalez has also been harassed in the streets of Marseille in recent days by an OM fan who called him a racist – he was left shocked by the situation.

His family have also been badly affected by this series of events, with the press coverage in Spain being especially intense on the subject.

Gonzalez went even further, telling OM President Jacques-Henri Eyraud: “If you don’t believe me, if I am a problem, then I accept to leave and quit Marseille for free.”

In other news, Marseille affirm that a legal filing has been made by Alvaro Gonzalez after he and his family received death threats. Neither the Marseille nor Paris authorities have been able to confirm receipt of that legal filing. One of the major tasks for law enforcement will be who and how Gonzalez’s telephone number was leaked onto the internet. Sources close to Marseille are convinced that Neymar contacted La Liga players to get Gonzalez’s number and wonder if that is how it was leaked. The Spaniard has now had to change his number.

The LFP have been trying to calm things down and conversations between them and the two French clubs have occurred to discuss Neymar and Alvaro meeting in person as a way to show unity and that the pair are making up.