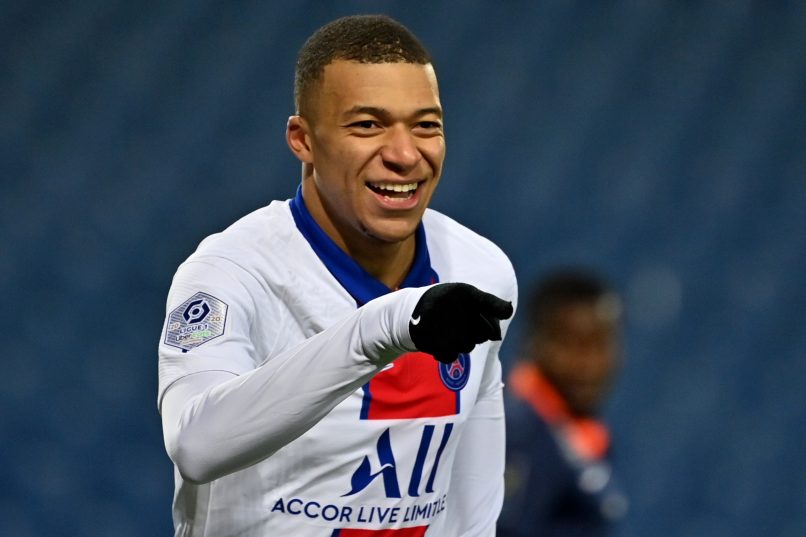 Speaking as part of a TF1 mini-documentary on Kylian Mbappé following his attainment of 100 goals for PSG, a myriad of stars and operatives from the world of football weighed in on the 21-year-old’s qualities.

Kylian remains ambitious. Chase your wildest dreams… It is not hard for him to keep his feet on the ground because “star” means what? It is just people who say that you are a “star.” Today, to the people who know him, he is Kylian. The man, Kylian, has become someone who looks above all at what is going on outside of football. For me, there is something that really touched me, and will touch me for the rest of my life. At 21, he is someone who goes to see kids who are in very, very difficult situations. I don’t know how someone at 21 can carry that on his back. Today, I want to say to him, he has all my respect and all my love in terms of the man that he has become… (On criticism) To say that it has no impact, that is not true. But that it affects me, that is not true either. The performances are a bit less good, but they are not what people are trying to make us believe they are. Today, if we are supposed to worry about players of Kylian’s calibre, we should worry for a lot of players… (On speculation about his son’s future) Why would that affect him? He is playing for a great team, surrounded by great players, which will help him to come closer to his dreams and ambitions.

I think he has gained in influence in the team, he is very important. His responsibilities, he is always there. He tries to push his teammates to the top. When he passes you, it is like he breaks everything, you think that everyone else has been made super slow. With his pace, he is also technical, he has a great shot, he is good against the goalkeeper. That’s why he is already a great attacker, but he can do better, which is why he is going to come on even stronger.

A phenomenon. I am happy to be able to help him score goals. Above all I am very happy for him that he reaches this milestone. Now I hope to come back very soon to speak about his 200 goals. With Kylian, we are like brothers. It is a bit like I am his older brother, when we have to clip him by the ear, give him a dressing down, we always ask me to do it. But he has an excellent character and he is a crack on the pitch. He is a real competitor, he has a lot of joy in all he does, he always wants to learn, and I am happy with him.

To see him arrive at this number of goals is not shocking, and I hope that he will score a lot, a lot, a lot more. And for PSG (laughs).

Humble, talented and a special person. To see someone so young, with so much talent, reach a milestone like this, it is a very special moment for him, his family, for the club. And also, most importantly, for the fans… I met Kylian a few years ago for the first time and what struck me the most was he was humble and he was level-headed. If it is possible to like him even more than I did, it made him even more as a person and a player. I wish I was still playing, because playing with Kylian for me would have been a dream. You give him the ball anywhere, and he is there. It really would have been a dream.

I am really proud (to be dislodged by him as the 3rd highest goalscorer in club history, imminently). And I hope that soon he will win the Champions’ League for PSG, that would be good. That he wins Ballon D’Ors. That he achieves all that, and be the most loved, the most successful player in PSG history.

He is already a legend… (On the miss in the UCL final vs Bayern) A bad decision, as simple as that, we move on. But it is true that today, at his level, with his leadership, with what he represents, we are always going to expect him to score in moments like that. It is psychological, technique he has it, the physical side, he has it. It is just up there (in the head), to be free in those moments there, and he will be… I got the chance to accompany PSG two years ago when they did their tournament in Asia, I bantered him I said I would like to see you dribble more in front of a goalkeeper, not always shooting, fainting to shoot, stuff like that… I see him more as a conqueror, I see him playing 3 years at Real Madrid, winning everything, going to Barcelona, winning everything, going to Manchester, winning everything. Going to all the clubs and winning everything. So I want him to be able to win with PSG like that… He is young, he will have a long career, will he stay that many years at PSG? I am not sure.

He is the champagne player, he is the little air bubble that goes boom… I think that he is at 70%, maximum 80% of his potential. I think that he has a lot to continue to progress on. It is like being a maths student at school, you are given a problem, an equation, and it is very simple, if you continue to give him the same equations, he is not going to improve in maths. You need to give him stronger, harder problems to solve. All the time. (On if he can become the #1 by staying at PSG) I don’t know. If Kylian, leaves or stays, the most important thing is that he finds the right sporting project that is capable of helping him to continue progressing and winning titles.

The God of French football. At that moment (in 2017 when he signed him), Kylian was the player with the most potential in world football. Kylian is French, he is close to Paris because he is Parisian. We knew that he was going to be the player that he is today and I think that Kylian will be the top, top, top, number one for 10 or 15 years… Mbappé, he is the top, in my view he needs to be the captain at PSG, with all the respect that I have for Marquinhos, but it is a natural process, if you are looking for a reference point, he is the reference… PSG is his club, that is for certain, if it is in 15 years, in 20 years, in 50 years, it will be his club. As a PSG supporter, I want him to stay, for sure.

I was amazed by the person, the man that he is, who he is, how he is in private, his way of learning football. What he wants, those are things that mark you. He is mature in his job but he remains a 21-year-old boy who plays PlayStation, who laughs, who has the delusions of his age and that is very good. That is what keeps his feet on the ground… People don’t recognise, at 21, everything that he has already done. Who can sit down and say: “I know what this is like.” Nobody knows what this is like. But aside from that, he needs criticism, that is what is going to allow him to progress. We also need to put him in check from time to time, and that is going to make him stronger.

For a long time we have not had a player with so much talent. He scores goals, that’s for sure, I said to myself that things (records) are going to come fast.

This achievement places him in the superhuman category. He is flipping all the records. He is going to accumulate certainly a lot of records.