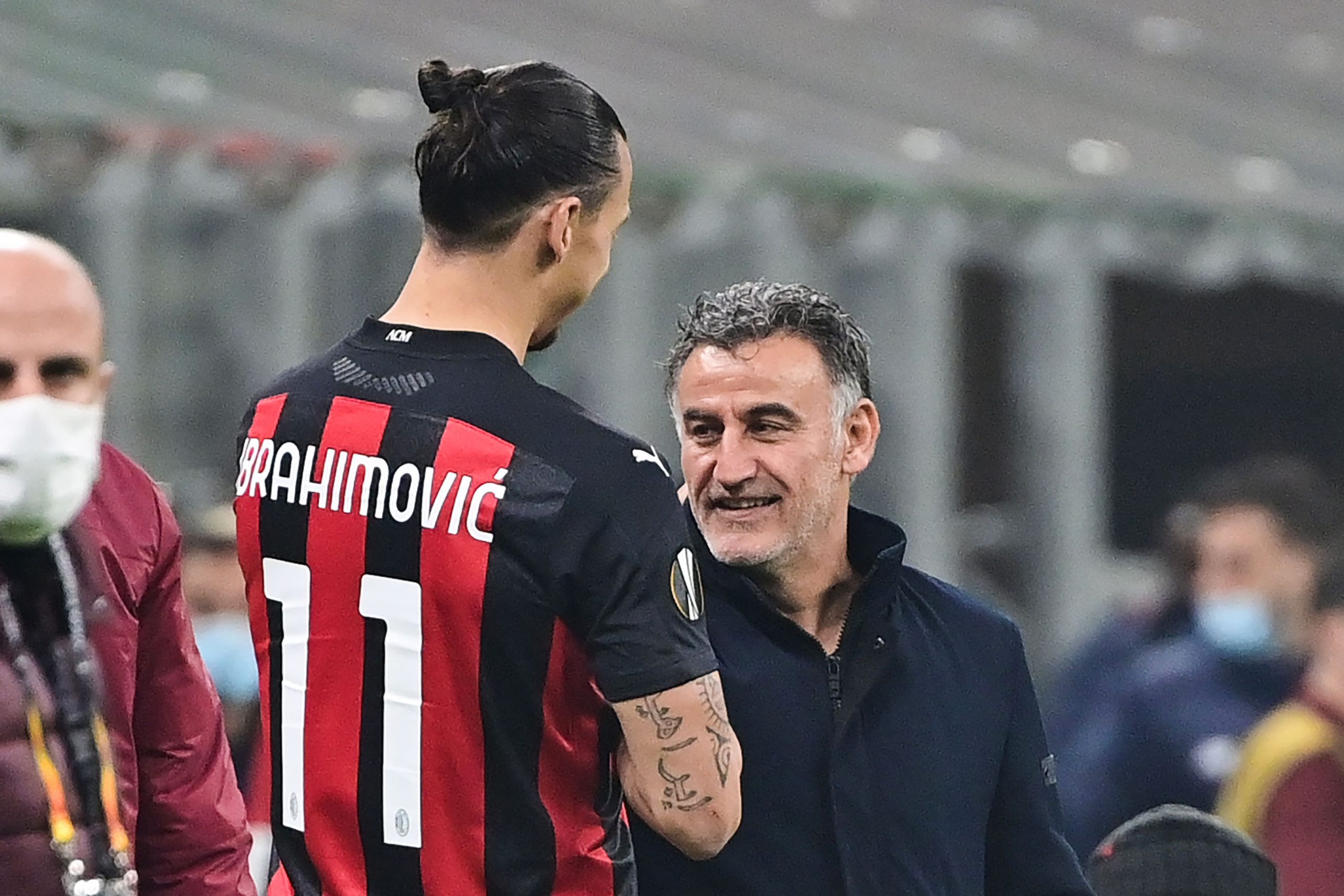 Speaking in his pre-match press conference ahead of Lille’s clash with AC Milan in the Europa League on Thursday, manager Christophe Galtier reacted to the absence of Zlatan Ibrahimovic for the Italians, as well as the passing of Diego Maradona.

It should bring about a change in their playing system. He is an extremely important player in their move construction, he is the top scorer in Italian football. I can think that Milan will play with a different formation, looking for more depth, more penetration and attacking in transition more. We will have to find the right balance and not get caught out, like at Brest (2-3 defeat on 8th November). Not open the game up too much, which would give them space and depth.

How do the players feel to you?

They seem in form. Their good mood is also linked to our position in the competition. And then they had a good match against Lorient (4-0, Sunday). They do not seem tired but you know… sometimes before a match it is a catastrophe in training and the next day you have a nice surprise in the match. We will see – I hope we will have a nice surprise tomorrow.

He dominated my whole adolescence. He was a genius, a player apart. He became a legend too soon. He was an extraordinary player. He achieved incredible feats in calcio. And with Argentina. He had a very difficult second life and his addiction to certain products got the better of his heart. He was a man with a passion for football.