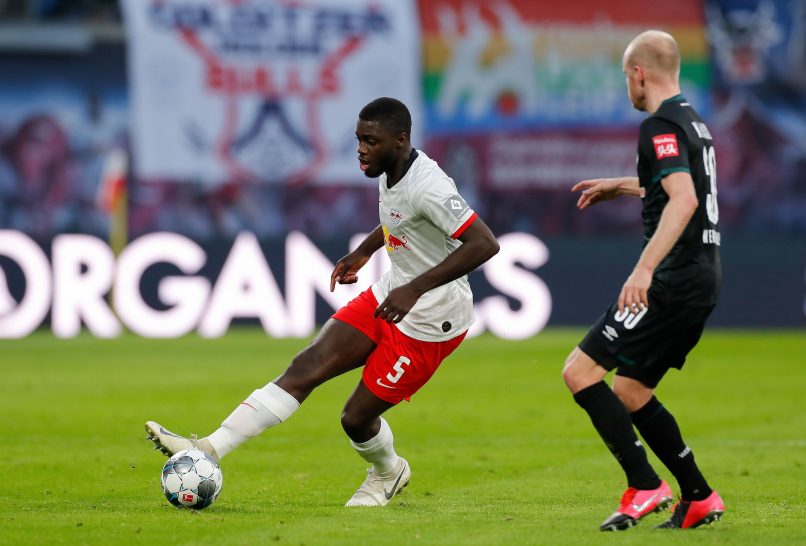 L’Équipe have produced a report that seeks to explain the transfer situation of 21-year-old French and RB Leipzig central defender Dayot Upamecano.

With his contract coming to an end in June 2021, he will be allowed to leave RBL this summer for a €60m fee – he has however yet to decide where he wants to go.

The principal criteria he is employing is that he will prioritise playing time at the highest level. He has no intention of joining a big club just simply to be 3rd or 4th choice in the pecking order – the COVID-19 situation would make any club’s acquisition of Upamecano a major summer deal.

Barcelona, Real Madrid and Italian sides have been in touch, but not at all concretely at this time.

Arsenal, Liverpool, Manchester City and Manchester United have all made their interest in the Frenchman known in a variety of ways, presumably some through scouts, some through intermediaries and some directly to the player’s entourage.

However, not a single one of these English sides have made a concrete approach to Leipzig as of yet. Upamecano has not hidden the fact that he is attracted to a move to England to those around him.

However, Bayern Munich are the only side to date to have made a concrete approach. The Frenchman has been represented for nearly two years now by SportsTotal, a powerful German agency who boost Toni Kroos on their books. This is a significantly positive factor for the Bavarian giants.

One of the major transfer sagas to watch this summer.