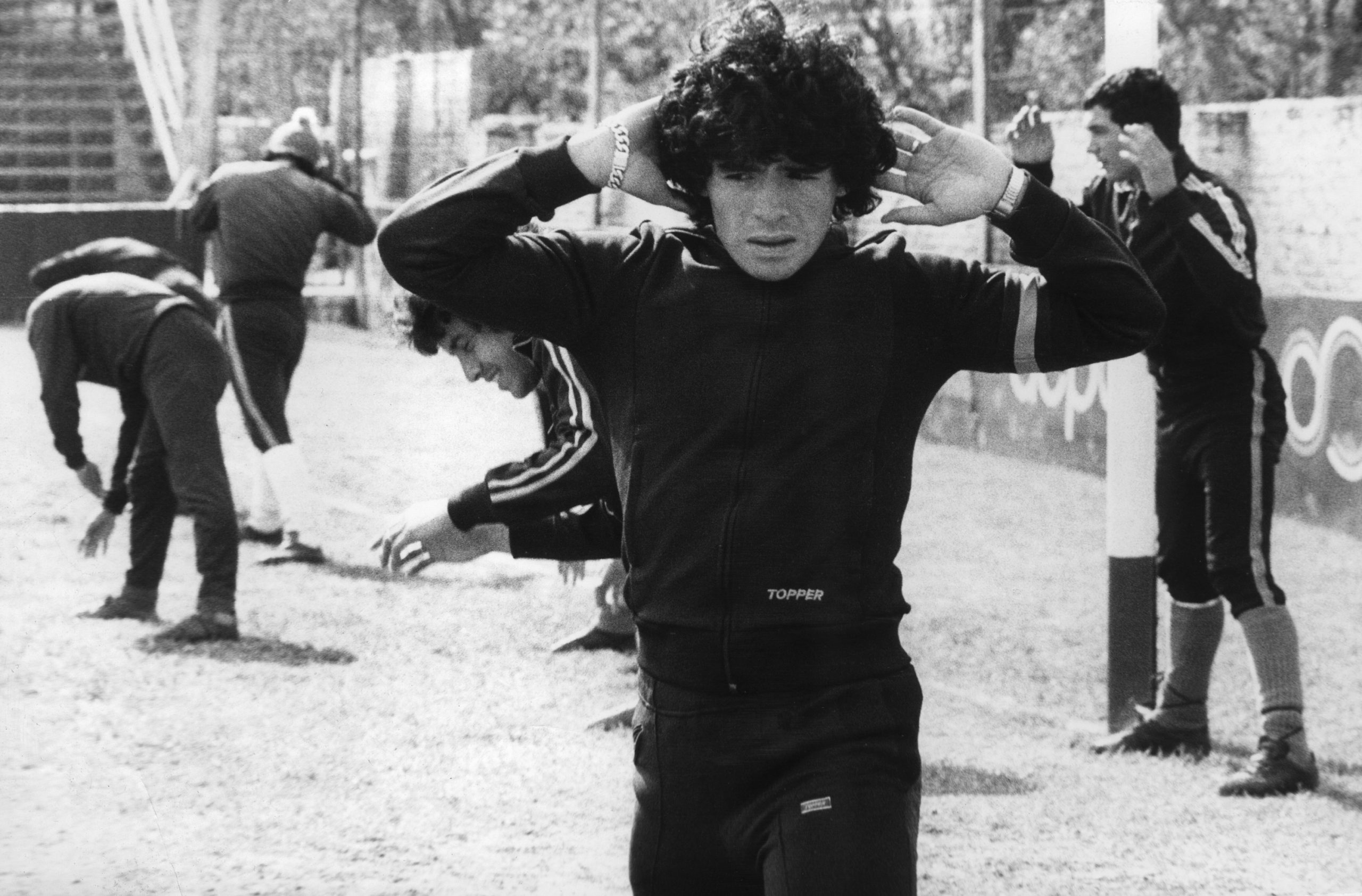 The world of football is beset with sadness following the passing of legend Diego Maradona owing to health complications – just last month, he gave what would be his last major interview exclusively to our colleagues at France Football. In English below.

In your biography, Yo soy el Diego de la gente (I am Diego of the people), you say: “They threw me out of the Villa Fiorito and they gave me a kick up the backside… I did what I could and I think I didn’t do too badly.”

Throughout my career, at its heart… In my career, I have taken some hard knocks, in all senses of the term. On the pitch, I received numerous kicks, and in life, I was attacked in every which way. Certain people even went after my family, my brothers, my sisters and even after Benja (the son of Sergio Agüero and Giannina, his second daughter). I was not given any presents… But, after all that, when you think about all the wars and all the children who die very young in this world, I say to myself that I am lucky.

What does it mean to you to be back in Argentina again, to rediscover your roots, after all those years far from your home?

After having managed the national team during the 2010 World Cup (Argentina were eliminated in the quarter-finals vs Germany, 0-4), I had to leave to exercise my profession and to experience my passion in other countries, because Julio Grondona (President of Argentina FA between 1979 & 2014, the year of his death), did not want me there. I therefore spent a number of years abroad (notably managing in Mexico & the UAE) and now here I am, back home, thankfully! Sure, the circumstances are not the best with the pandemic that has fallen upon us after my experience in Mexico (he managed the Dorados of Sinaloa, in the 2nd division, from September 2018 to June 2019). This is a real hardship for all Latin American peoples.

At a time when you are getting ready to celebrate your 60th birthday, what memories do you still hold from your first steps with the Argentinos Juniors, from 1976 to 1981 and with Boca Juniors in 1981 & 1982?

When I look back on this period where I started, I am extremely satisfied with what I achieved. I feel like I made people happy, made people amused, who were coming to watch me in the stadiums and who were watching me on TV. I am happy to have brought joy to people with a ball. That is my biggest source of pride.

I went to Europe to take on new challenges, with the idea of experiencing the best of football. During this period, it was not easy for a South American footballer to go and play over there. Me, I took a risk. I went far away and I put everything into it, that is how I have always done things. That is my way of being.

In 1989, you were very close to signing for Marseille. Tell us the story in detail and why it didn’t happen.

Yes, yes, I remember very well. The Marseille board contacted me and offered to double my salary. I was playing for Napoli at the time and the president (Corrado) Ferlaino told me that, if we won the European Cup (UEFA Cup in 1989, which they won, beating VfB Stuttgart), he would let me leave. Bernard Tapie (then president of Marseille) and Michel Hidalgo came all the way to see me in Italy to make me an offer and for us to speak together. Once I returned to Napoli (the meeting was in Milan), I said to Ferlaino: “Thanks president for all these wonderful years, I am leaving.” At that moment, he played dumb, like he didn’t understand, and did a u-turn. End of story.

What would be your dream gift for your 60th birthday?

I dream of being able to score another goal against the English, with the right hand this time! (bursts into laughter)

Up until 1995, non-European footballers could not compete for the Ballon D’Or. In the end, France Football gave you an honorary Ballon D’Or this year. Was it important for you to receive this distinction?

Of course! Obviously! Before, us, the South Americans, we had no chance to win this title. Otherwise, I would have got one, I am sure of it. I would have won a ton! Aside from that, I have been fortunate enough to be honoured by France Football and, honestly, it is pure joy.

Which players today make you dream?

Messi and Cristiano (Ronaldo), Cristiano and Messi… For me, those two are a notch above the others. I don’t see anyone coming close to them. Not a single one has done even half of what they have.

And Kylian Mbappé, where would you place him?

He is a fantastic player, but he is still a boy! He needs to play matches and more matches, he needs to compete in lots of competitions and continue to grow. He needs to above all pay attention to defenders who could massacre his ankle. I know something about that… (He refers to the ankle fracture that he suffered on 24th September 1983 following a tackle from Andoni Goikoetxea, Athletic Bilbao defender, whilst he was playing for Barcelona) But I have to admit that he is really incredibly fast and he has a unique way of touching the ball.

If you had to choose who the best players in history are, who would you take?

First off, there are many spectacular players who I did not get the chance to see. In Argentina, there was an incredible goalkeeper that everyone talked about when I was a kid, Amadeo Carrizo (River Plate goalkeeper between 1945 & 1968, who was Argentina’s goalkeeper at the 1958 World Cup in Sweden). Personally, I was not able to watch him play, but everyone described him as a phenomenon. There was also Franz Beckenbauer, who played just before my career began and who I was not able to rub shoulders with on the pitch. Next, when I began in the Argentinian league, I played Pato (Ubaldo) Fillol (World Cup winner with Argentina in 1978) and rough defenders like “El Mariscal” Roberto Perfumo (River Plate defender between 1975 & 1978), Alberto Tarantini (World Cup winner in 1978, who played for Bastia & Toulouse). Players today that the whole world has forgotten about, but who were difficult opponents in that period. If I had to choose midfielders, I would choose Xavi and Luka Modric. And then, up top, Messi and Cristiano without any doubt.

Zinedine Zidane, Gabriel Batistuta, Cristiano Ronaldo, David Trezeguet, Kylian Mbappé… Everyone talks about you as a legend, with stars in their eyes. Do these sort of reactions still touch you?

I am very honoured by all the great players who speak about me with such love. I have excellent relationships with all these players who have spoken about my career. An immense mutual respect exists between us and for me it was a real pleasure to be able to speak to France Football for my 60th birthday.

André Villas-Boas on Marseille’s 13-game UCL losing streak: “I don’t care about that.”