Eduardo Camavinga: “I am inspired by Paul Pogba. But I don’t like comparisons much.” 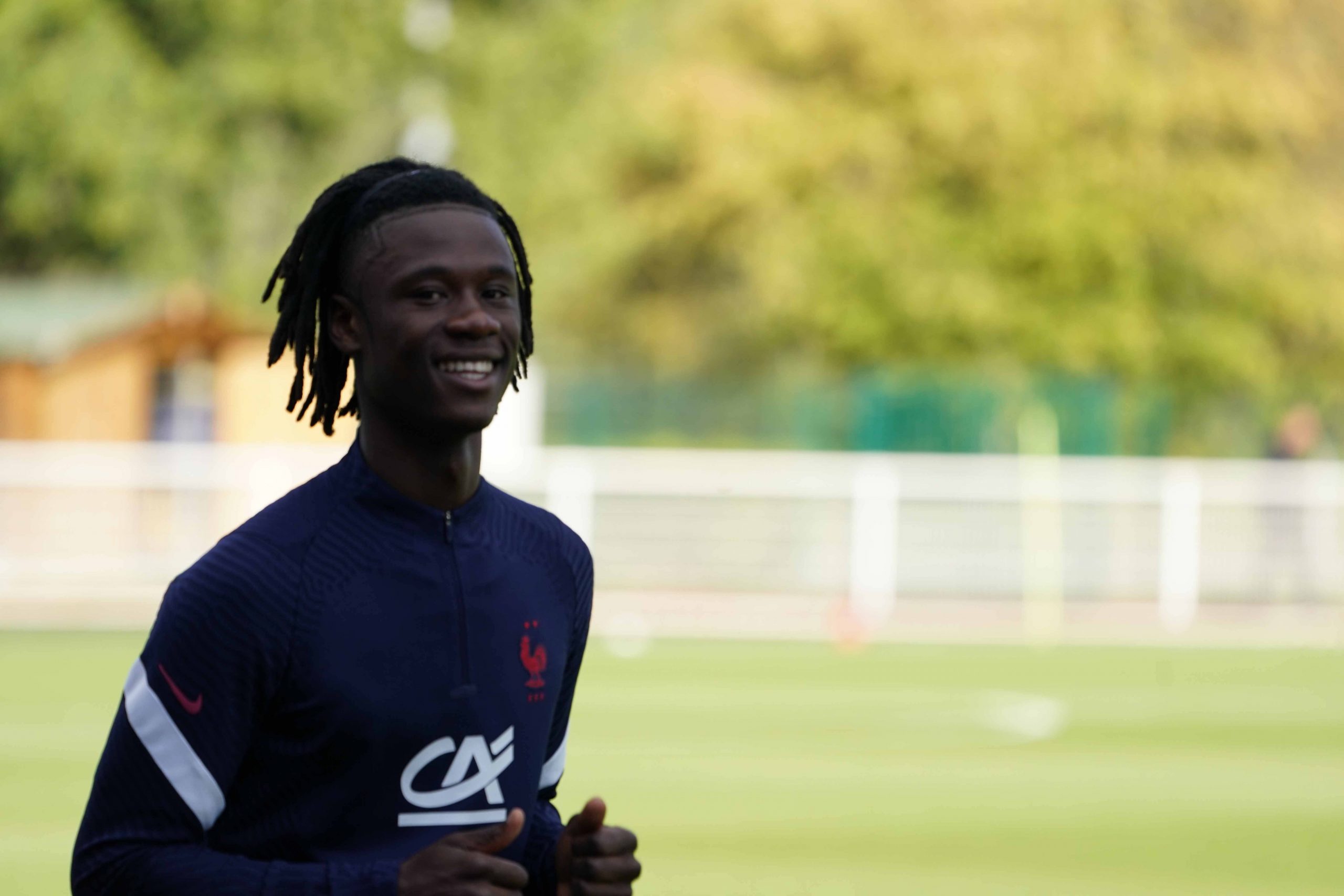 Speaking to reporters at Clairefontaine, 17-year-old midfielder Eduardo Camavinga answered an array of questions following his arrival in the French national team squad for the first time.

What has changed in your approach & style of play since you became a professional 16 months ago?

The more matches I have played, the more I have become a competitor. I want to win all the matches. Before coming into Ligue 1, I was not a very defensive player, but I got a taste for defending, helping my team, and today I am proud. I have also improved in terms of my clarity and approaching the goal. I still have a lot of things to learn, I am young and I think I need to improve my right foot and remain focused throughout an entire match.

What did you feel upon entering Clairefontaine and meeting the squad?

Do you realise that you could become one of the youngest players in the history of the French national team?

Would playing for France in this international break be a dream?

It would be something truly great. A childhood dream, even if I am still a child (laughs). It would be fabulous for me, my family and those close to me. It was important to them that I represent my country and this crest, it was important to me too. It is something that I have wanted since I was very little. I will have to wear this shirt with honour during the international break and in the matches to come.

Do you feel any pressure?

No, it is encouraging. When you know that the manager believes in you, it is easier, it feels good. Praise is always nice. There is no pressure to feel.

Have people spoken to you about your wonderful goal vs Montpellier from the weekend?

I was congratulated. I spoke about it a little with Ferland Mendy. When I scored, I went totally crazy, I went to celebrate towards something but there was nobody there (laughs). It is not every day that I score a goal like that. Even in youth teams, I haven’t scored a goal like that.

Do you feel like you are at the beginning of an Mbappé-like career?

Kylian put the bar very high, but it is a source of inspiration for all the youngsters that’s for sure.

What has most impressed you about Clairefontaine?

I was received very well. The meeting with the players went very well. Everyone has been cool to me and I hope this will continue. Paul Pogba’s bedroom? It’s very big eh (laughs). Afterwards, I was shown around. It’s a very beautiful place that I had only seen from the outside looking in with the French U21s.

What role does Steven Nzonzi play for you – at your club and now in the national team?

The role of a big brother. When I was called up in the national team, he was one of the first to congratulate me. When I arrived at Clairefontaine, he came to my room. He spoke to me about everything. He explained certain things to me. We went to training together. He showed me how things work here.

What song will you be singing for your initiation?

I will be singing “Outro” by Ninho. For the other initiations, with Rennes and the France U21s, I chose “L’Oseille” by Rohff. I am going to innovate a bit.

You found out you had been selected when you were at a restaurant with Ousmane Dembélé. What did he say to you?

He congratulated me, he told me not to do anything differently, to enjoy it and to play my game.

Who is a model for you in professional football?

I am inspired by Paul Pogba. He is a very good player with great qualities. He proved himself in the French national team, you just have to look at what he did, world champion. But I don’t like comparisons much.

Jeff Reine Adélaïde: “It is difficult to imagine my future at Lyon.”

Dayot Upamecano: “I am talking to clubs, but I am in no hurry.”