Eduardo Camavinga: “I am Rennais, it is quite simple.” 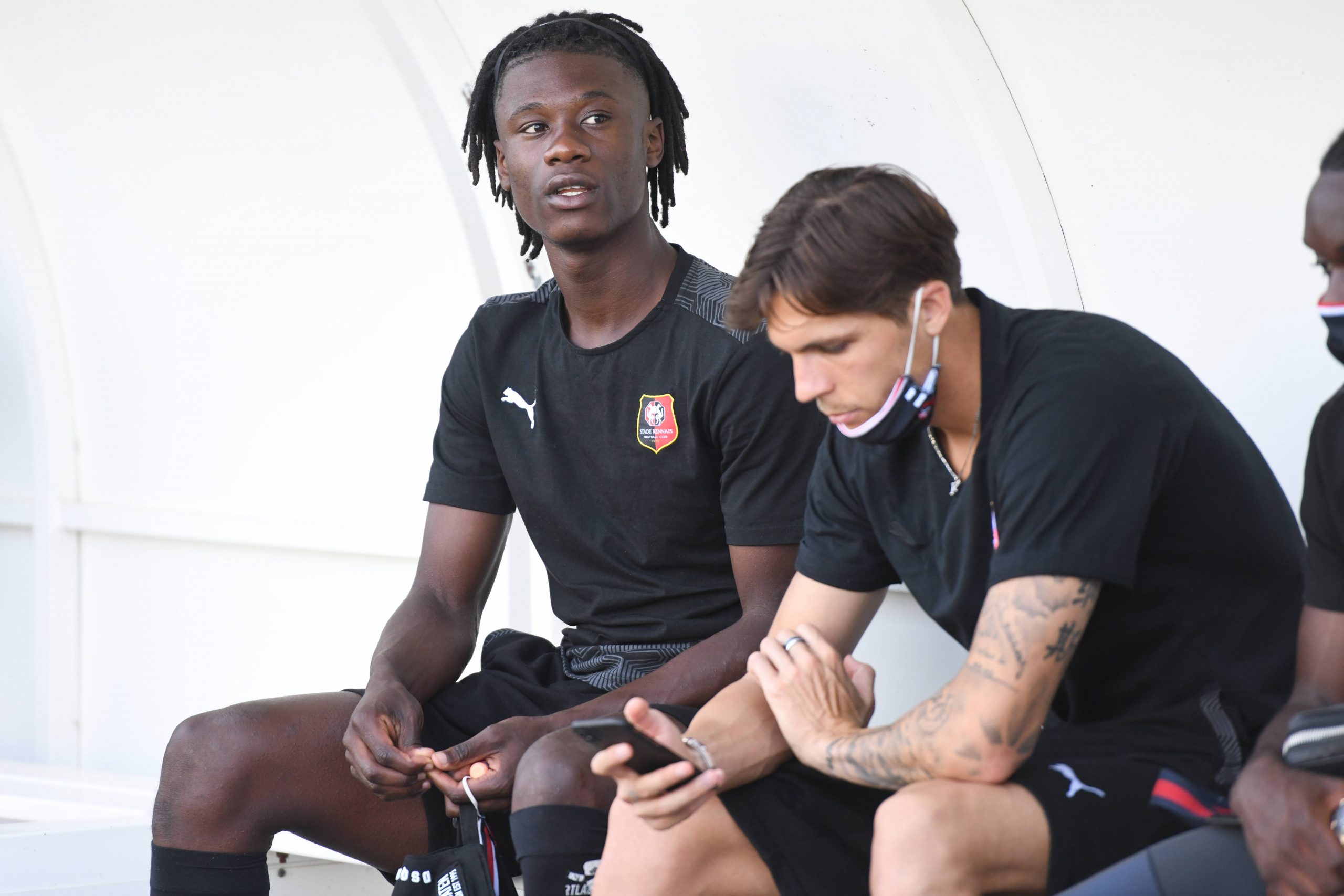 Speaking to Téléfoot Chaine, 17-year-old midfield talent Eduardo Camavinga confirmed his decision to remain with Rennes for the 2020/21 campaign.

On his 2019/20 campaign, that saw him receive French naturalisation, qualify for the Champions’ League & get his first cap with France U21s.

It is true it is quite crazy, but I had to prepare for it. It is true that a season like that is really incredible. I didn’t think that I would get into the 1st team squad as quickly as I did, because that was not the plan, the plan was for me take things on progressively. And it is true that to start immediately was a surprise.

I have a good relationship with him, he made me a professional. He knows me well, I know him well. It is true that it is the best thing when a coach believes in you. He helps me with my positioning, in exercises, he works a lot with me.

On the Champions’ League:

We want to progress, it is clear that this is the first time we are facing something like this. We will have to take it game by game.

On being seen as France’s latest star:

I live normally, I do not pay much attention to it. I am in my life, it is nice, but I still have my teenage life.

It is football. In football there are rumours, true things, false things. I don’t pay attention to it. Quite simply I am Rennais. I have 2 years left on my contract and I am Rennais today. I will be Rennais this season.

On what the French national team means to him:

World Champions, two stars. For the moment I am more focused on the France U21s and qualifying with them for the Euros. Of course it would be an honour to be called up with the As.

On a choice between the Euros (with the As) or the Olympics:

I would prefer the Euros, quite simply. First of all I am going to focus on my performances with my club, if the national team calls me up I would go with honour and pride.

On what he wants for this season:

Health. To be more decisive and for us to concede less goals. And that Rennes remains in Europe.

Marseille suing 2 PSG supporters for spitting & urinating on the Vélodrome