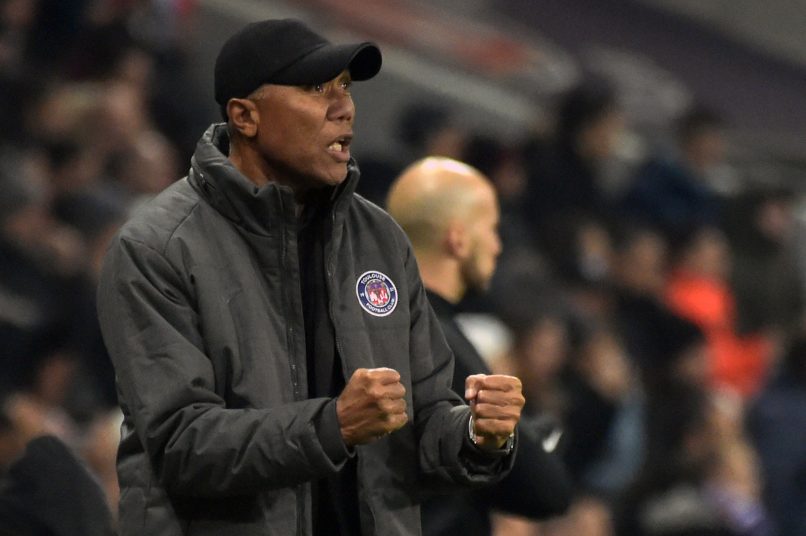 Speaking in an interview with L’Équipe, ex-Toulouse manager Antoine Kombouaré took aim at French football’s club governing body, the LFP, for deciding to relegate Les Violets and Amiens after 28 games of the 2019/20 season were played and it was decided that the campaign could not be completed in its entirety owing to COVID-19, rather than having the 2020/21 season with 22 Ligue 1 clubs instead.

If the LFP does not opt for a 22-team format next season, Kombouaré is calling on all teams to refuse to kick a ball next season and go on collective strike.

“I would be saying the same if it had affected Brest, Nîmes, Dijon, Metz or St Étienne… this is a profound injustice. Players and managers should all agree to go on strike from the beginning of next season if things don’t evolve.”

He added that he was “not questioning why the league was suspended, because there is a health crisis that is more important than football.”

“I am waiting for Philippe Piat and Sylvain Kastendeuch (players union presidents) to get a move on. We aren’t hearing anything from them on this. The same of Raymond Domenech (managers union president). Mr Le Graët (FFF president), would he have agreed to all this if Guingamp had been among the sides relegated (Le Graët used to be Guingamp president)? Now, we have to have voices heard and go for broke.”

“There will be layoffs. Even at the amateur level, it will hurt. Having players end their careers in this way is terribly unfair. And I have always hated injustice. Regarding the suffering and the anxiety born out of this crisis, we have to be united. We are not united enough. It scares me.”