Exclusive | Alexy Bosetti: “I don’t see myself going back to Europe, that’s for sure. Only Nice would be able to bring me back!” 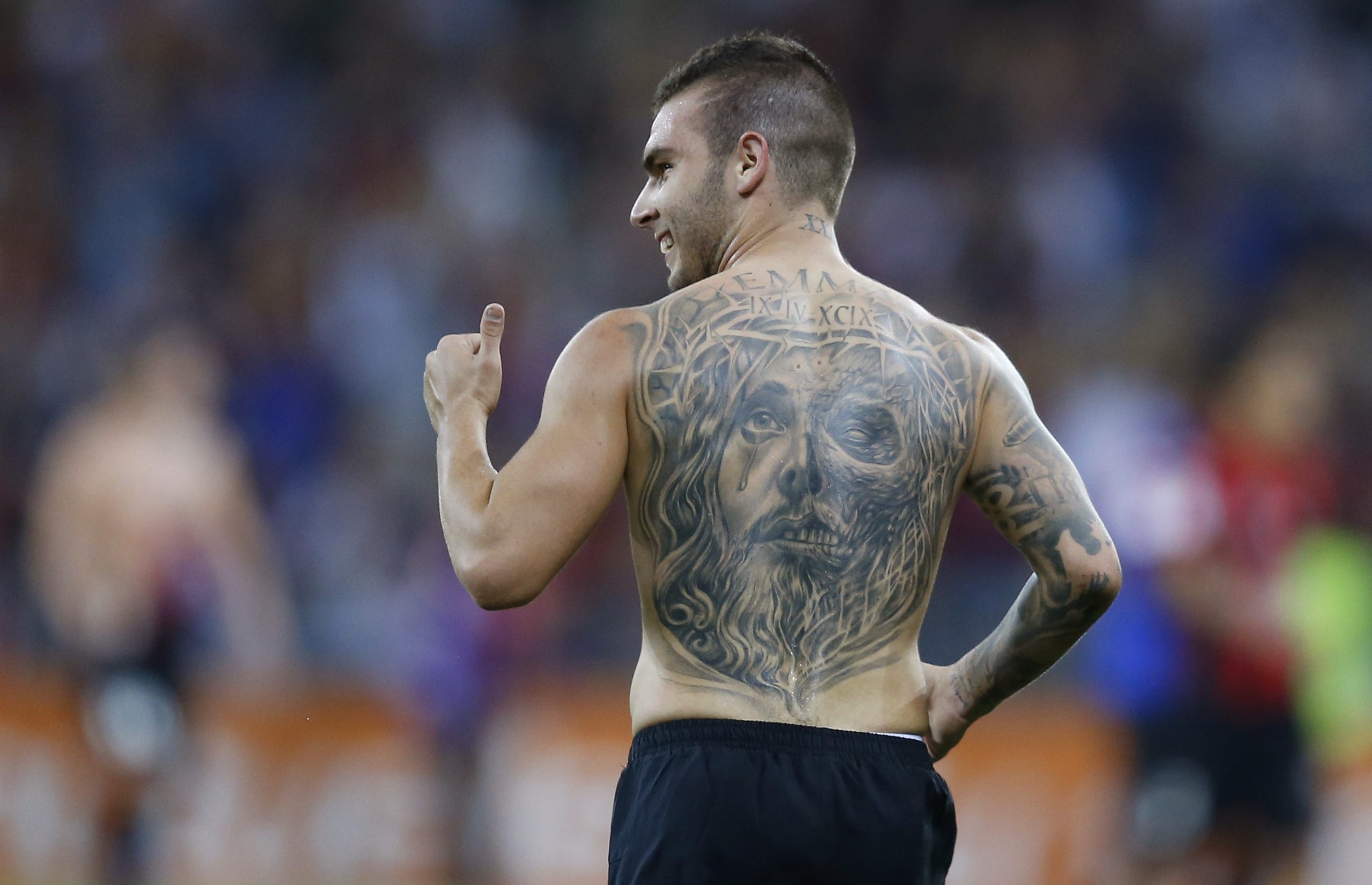 You’ve been playing in America for over a year now, how do you find the style of play differs from French football?

It’s mostly different in terms of physicality. The majority of teams here have a lot of intensity and run a lot. There might be a few tactical issues, but apart from that the technical and physical level here is really at the top, I was surprised when I came here. The guys here can run 11, 12 kilometres a match, no problem. You really have to adapt to the level of play, or it can be complicated.

When you compare it to Ligue 1 it’s not as good technically, but then I would say the big difference is tactically. They don’t have youth academies around here; a lot of the players are Americans who are coming out of college, who haven’t had a tactical education you would get in a club’s youth academy. I would say this team would stay up in Ligue 2, no problem.

Do you feel you’ve adapted well to it personally?

This season, I hadn’t had any physical preparation for a while but right now we’re in pre-season and things are going very well for me. I just want to carry that form into the season and have a good campaign. In terms of personal objectives, I just want to score as many goals as possible and challenge for the golden boot. I want us to have a big season so we can finish as champions. If I can score and assist along the way, that would be great.

What was it like, arriving in Oklahoma a year ago?

Things went very well. The only problem was the language barrier because I couldn’t speak English at the start. Then I was just coming off a mixed 6 months at Laval where I had some problems with my heel, I had to sit out for two months, so it was a strange start to the season. When I got to Oklahoma, I wasn’t physically ready, since I had to wait two months as well for my visa to come through. I was without a club for that time, so I was unable to train. Like I say, here physically they’re like machines, so it took some time to find a rhythm. It was a complicated season last year – I didn’t have a good campaign. That’s why this year I’m trying to have a good pre-season so I can have a big season.

Do you see yourself staying there over the long term?

I don’t see myself going back to Europe, that’s for sure. Only Nice would be able to bring me back! A return to Europe really isn’t an objective for me right now, I just want to have a good season here and then see if I can make it to the MLS.

What do you make of the restrictions French authorities are placing on Ligue 1 Ultras groups and fans going to away games, and the whole ‘Liberté pour les ultras’ movement?

It’s nonsense! They’ve always been looking for excuses. When you look at how it’s done in Germany, ultras over there are a lot feistier, clashes in the forest are more common. They’re able to bring up to 6,000 to away games, but in France you can’t even take 120 Nice fans to an away game. These restrictions are the easy way out for the authorities to deal with it.

Is it part of the stigma around being an ultra in France?

Being an ultra isn’t easy! Travelling to all the away games, leading a group, all of that is very difficult. Especially when it’s a group with a history, or a big one. It’s down to incompetence from the authorities. When I see what’s happening in France, I’m happy to be out here.

Is there much of a supporters culture in America?

Not really. There is a bit over here because we’re in the south so there’s that Hispanic aspect, but it’s more focused on the idea of the ‘fan’ instead of ultras. We do have a good crowd in our stadium though, we get around 8,000 on average, I think. When you’re travelling to away game, it’s not like Nice-Montpellier, you’re going to be driving for 2,000 kilometers. You would be travelling for three days and it costs a lot of money, so honestly it’s harder here. You can’t just drive out like you’re going up to Montpellier and expect to be back in the evening. Here you have to get the plane out on the Friday.

At Nice, you were one of the rare examples of a player who was also a supporter, do you feel as though you were representing those in the stands on the pitch?

I wouldn’t say I was the representative. It was all natural for me, I wasn’t paying attention to that sort of thing. It did help me, because it was something special that I haven’t had in the other clubs I played for. But it was a link that helped me when things got tough.

Your attachment to Nice, in a way, made you into something of a target in French football.

That’s it, especially during away games with opposition fans. But I don’t really care, you know? We already live in the best region in France so it’s not as if I’d be going on holiday anywhere else! I don’t need to be going to places like Saint-Étienne, Metz, or Marseille – I’m very happy with staying at Nice.

But you’ve also had trouble with the football authorities in France, for example for your celebrations.

At Marseille, yes [for celebrating by showing his tattoos during a game in 2014]. That’s just how French football is. I was suspended for one game but it didn’t even matter in the end because I was injured anyway.

So you’ve had this image as the ‘bad boy’ of French football?

I might have. If you ask the people I’ve played with, they’ll all tell you I’m a nice guy, but from the outside I definitely have a different image. It’s something that’s always served as a motivation for me, especially in away games. It’s a role that I totally embraced.

How did you experience your stint in Norway, at Sarpsborg?

The loan period didn’t really go well – in fact I would say both of them didn’t, my time at Tours wasn’t great either. There were no specific reasons. In Norway, I was arriving in the middle of pre-season, and the coach would only speak in Norwegian in front of the whole team. I didn’t speak much English, so Norwegian was even harder to understand. I was leaving in May as well, and the coach wanted to build his team for the whole season so things were complicated and I was cast aside.

Seeing as it was your first experience playing abroad, you could say it gave a good experience to build on?

Honestly, not even that. Not one good memory from it.

How did you end up there in the first place?

It was some situation. Things weren’t going well at Nice, there were issues with the president. Three days before the transfer window closed they told that whatever happened I wouldn’t be playing there anymore, so I had to find a way out. I couldn’t go back to Nice [after the loan at Tours] because it ended badly with [Claude] Puel – I was taking up the spot of one of his sons. So a few days until the end of the market they told me that some club in Norway wanted me and so on, so I thought it would be better than staying in Tours and not playing. So I went there just to see how it could be, I thought it would be an experience.

What about your final year when you came back at Nice?

Things were complicated, but I can say that I’ve always done my job. Halfway through the season they sent me to play with the reserves, who weren’t doing so well. In the end we stayed up, so I’m very proud of that. It’s true that I would have preferred for things to end differently, but that’s just how football is.

You can say you’ve left your mark on the club, no?

When I go back to the club, I have my head held high, I don’t hide anywhere when I’m in Nice. I’m proud of what I’ve achieved. If I was told as a kid that I would do what I’ve done with Nice, I would have taken it straight away. I had the chance to play at the Ray [Nice’s old stadium] and to score in the first match at the Allianz. In the end, I was quite lucky.

You played for a season with Mario Balotelli, what was that like?

It was good, because when he arrived he didn’t speak French and I speak Italian, so we spoke a lot in Italian with each other. We were quite close, especially when he first arrived at Nice. He’s a cool guy and so am I so we got along easily. I didn’t help him to adapt – he didn’t need me for that! But it was great, I hope he comes over to play in the US as well!

Do you still keep contact with other players at Nice?

I wouldn’t say I speak regularly with everyone there. I speak from time to time with [Alassane] Pléa since we played together for three years. There’s [Vincent] Koziello too, who’s in Paris now, and Cardinale and Benitez who are still at Nice. I still keep everyone’s contact, though. I’m vey close with Éric Bauthéac, we often talk.

Have you been following Pléa in the Bundesliga this season?

I have, he’s been really enjoying himself over there. I trained a bit with him before he left, and I think he’s made the right choice in going there.

It was a great experience! I wasn’t an undisputed starter, but I still played quite often. I keep a lot of great memories from it and Turkey was a great host. We had such a great group, and that’s the reason why we won it in the end. Often in national teams it can be hard to get a group to get along with each other, but here we did.

It was a team full of players who would go on to be global stars.

Exactly, and then you have to think that there were some players from our generation who weren’t even there, like Fékir. Generation 1993 is a strong one!