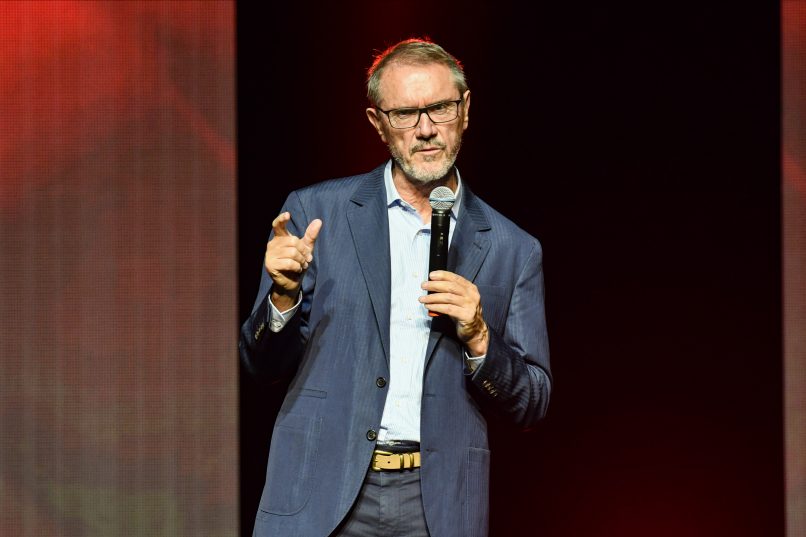 Speaking as part of the latest Presidents Podcast episode exclusively on Get French Football News, OGC Nice CEO Bob Ratcliffe responded to a question about the wide-scale banning of away supporters in Ligue 1 during 2019/20 owing to a supposed lack of police resources on the part of local French governments.

“I do think that it is important that you have an away contingent, it adds to the atmosphere of the home supporters as well. But at the same time, we are acutely sensitive that everyone should feel comfortable in the stadium, including families. That’s very important, so you have to find the balance, and behaviour is an issue.”

“Switzerland is an amazingly immaculate and well-ordered country, but it does have a problem with away supporters. It really is a problem, which surprised me. And to be honest, when it comes to Lausanne, and we had a pitch invasion, I was at that game and you see sort of parents and children being quite disturbed about it. And I fully understand that, we have not tolerance for that, and we just don’t want those people back in the ground. So you want the atmosphere, but there has to be a sense of responsibility to it as well. We can all have fun, but you don’t have to take it to extremes. People just have to be grown up and sensible about it.”

On whether the French football tradition of “somewhat inventive banners” is part of supporters’ fun:

No, I think the world is changing. And none of us can stand still, we have to be sensitive to the way that society is changing. You can’t put that flag in the ground. So I don’t think that is an appropriate excuse anymore. You get it at Chelsea, there were chants at Chelsea for years that I would never have liked my son to ask me what that chant meant. You just don’t want it and it’s not necessary.

And I hear some of the chants about (Marcos) Alonso in the Premiership and I never see that picked up but I think they’re absolutely appalling. So some level of mockery and joking I can live with. (Steven) Gerrard slipping and having a bit of a song about it, frankly I don’t have a problem with that. That’s sort of one fan versus another fan. But when it gets personal at any level, I think that’s totally inappropriate and it’s not part of football, it’s not part of sport. At the same time, we are not going to church, people have to relax and enjoy it.

Listen to the podcast in full below: