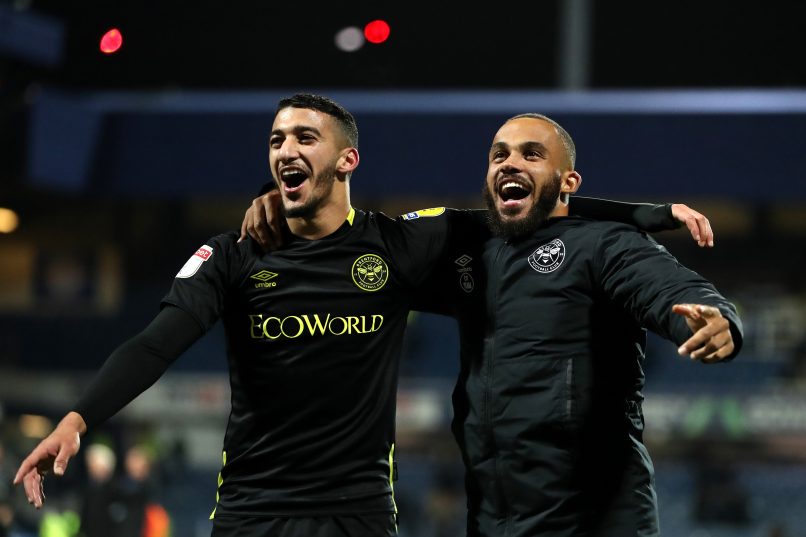 With Brentford currently riding high in the Championship, Get French Football News recently sat down with Brendan MacFarlane, the club’s Lead Scout in France. In an exclusive interview, MacFarlane discusses the nature of his role, Brentford’s success in the French market and his own views on French football.

How did you get into scouting for Brentford, and in particular, scouting in France?

My journey towards scouting on a full-time basis has been fairly atypical. In my experience, the vast majority of scouts are former professional players or sport science graduates, however I took a less conventional route towards scouting – I studied a degree in French and International Relations, and as part of my studies, I undertook a year abroad working as an English language assistant in a French secondary school.

I was posted to a school in Niort in the west of France, and as a result I decided to follow the town’s local side, Chamois Niortais. Following their fortunes in Ligue 2 opened me up to a whole new market of players, and I therefore saw players such as Riyad Mahrez, Ngolo Kanté and Naby Keita while they were still under the radar outside of France.

I then decided to write an English-language blog dedicated to rising talents in Ligue 2 and I continued to contribute to it when I returned to Scotland to finish my studies. I therefore wrote some of the first English-language pieces on players such as Jonathan Kodjia, Sofiane Boufal, Kévin Malcuit and Clément Lenglet, and as a result I was approached by several clubs in England, Scotland the Netherlands for information on their player profiles. At the same time, I also wrote articles on Ligue 2 for several publications, including Get French Football News.

A few months after graduating in 2016, I was approached by the late Rob Rowan, who introduced me to then Brentford Head of Recruitment Andy Scott, and I then began to scout for the club on a part-time basis, uniquely covering the French market. This then developed into a full-time role and I was then promoted to my current role as the club’s Lead France Scout in 2017 by Rob Rowan, and I haven’t looked back since.

What does your role entail on a day-to-day basis?

I am currently based in Paris and this enables me to carry out the primary function of my role; it’s my responsibility to identify talented players for the club in France, playing in all tiers of the French footballing system. In order to do this, my time is divided between watching video matches on a daily basis during the week, and covering live matches on the ground at the weekend. The club itself also has an excellent and extensive range of contacts, therefore our Head of Recruitment (Lee Dykes) and our Scouting Analyst (Chris Bradley) often notify me of players within the French market to follow up on.

The second most important part of my role is to develop the club’s network of agent and club contacts within France. I speak fluent French and therefore I often make initial agent contacts on behalf of the club and this is something I regularly do on a daily basis throughout the week. Lee Dykes and the club’s co-directors of football (Phil Giles and Rasmus Ankersen) then take forward the negotiation and signing of the targets that I propose.

I also make sure to keep on top of the social media and press reports in order to provide the club with primary information pertaining to potential targets in France.

Are there specific traits or criteria you tend to look for in a player?

I think this depends greatly on the position of the player – some attributes are more important for players playing in certain positions than they are for players playing in others. It’s no secret that Brentford’s philosophy is based around the club playing an attractive style of football, therefore I always look out for players who look able to match the stringent technical demands of our coaches.

The club have had great success in their recruitment of players from Ligue 2 in recent seasons, with the likes of Neal Maupay, Saïd Benrahma, Julian Jeanvier and now Bryan Mbeumo. What is it about Ligue 2 as a division and the players within it that helps them flourish in England? And do you feel there are specific areas of the game in which players who develop in France excel?

I’m often left a bit bemused by the negative overall opinion the average French fan seems to have of the country’s second division. Although the level of football isn’t always of the greatest standard, I feel that it’s a league that possesses several advantages. It’s a competitive league, and though the atmosphere is often a lot less impressive than in the English or German second-tiers, I think it serves as a perfect development league for two main reasons.

Firstly, people outside of France often forget the size of the country – metropolitan France is around eight times larger than England, therefore players moving from Ligue 2 can adapt easily to the nature of travelling to away matches and overnights when they move to a Championship club. Players regularly travel the length and breadth of the country, often flying to matches, from as far north as Valenciennes to as far south as Corsica.

Secondly, I think French players have a very good tactical understanding of the sport, as teams in France often play in a whole multitude of different positions, in comparison to simply playing 4-4-2 or 4-2-3-1 as is often the case in the UK.

Finally, players are often required to play in several positions in France, i.e. it’s not unusual for a left-sided centre-back to have also played left-back and left defensive midfield throughout the course of a season.

How have players from France been able to adapt so well to life at Brentford? Does the club have any special measures in place to help players settle?

To put it simply, Brentford is a club that cares about the welfare and mindset of its playing staff and therefore players feel the benefit of this dynamic. I can recall Neal Maupay revealing in an interview that the extensive research carried out into his background was a defining factor in his decision to join the club, as he felt like the club already knew him before he had even signed. Bryan Mbeumo also spoke recently in an interview about the feeling he had upon meeting the people at the club, and how this played a key role in his decision to make the move to England.

The club’s use of specialist experts, including sleep coaches, nutritionists and psychologists enable players to have access to information which can enable them to make as seamless a transition as possible to life in England. The club has been well equipped to integrating from players from a whole host of countries, and French players are no exception to the rule.

The physical and technical improvement we have seen in every player that has signed to the club from France has been nothing short of outstanding, and this is a direct result of the diligence and competency of our coaches and medical staff, who have helped the players to really unlock the elements of potential that they had demonstrated with their previous clubs.

Finally, it’s also worth noting Brentford’s strategic importance – as a London-based club, French players are only 2h30 from Paris by Eurostar, and therefore it’s not uncommon for relatives and friends to come to Griffin Park to watch them play. In many regards, a move to Brentford for a Parisian player isn’t logistically too different from a move to a club in the south of France.

Given Brentford’s success in the French market, do you foresee the club stepping up their efforts to recruit players playing beneath the top tier in France?

We of course can’t deny the relevance of France to our recruitment strategies, however it must be noted that the club has a holistic approach to its recruitment – no one region has any more strategic important than any other. Although we have had excellent results within France, I don’t believe that the club would seek to intensify any approach to the French market any more so than it would seek to strengthen its approach to any other market, be that in the UK or further afield.

Of the current contingent of players from France at the club, who would you personally single out as one to watch?

I think we’re extremely fortunate to have such an exciting crop of players who have signed from French clubs, with each bringing their own qualities to the first-team group. It was particularly pleasing to see both Neal Maupay and Saïd Benrahma named in the club’s team of the decade at the end of December!

Maupay is continuing to excite and enthuse with his work-rate and natural goal-scoring ability at Brighton, and he created many memories that will live long in the minds of Brentford fans. Jeanvier has grown and adapted to the physicality of English football and has resolutely carried out his tasks in the back line, while continuing to impress with the precision of his passing game. Benrahma is a player who gets fans off their seats with his flair and ingenuity, and his physical improvement in comparison to when I first saw him playing for Gazélec Ajaccio has been incredible.

Finally with 10 goals in his first 25 games, Bryan Mbeumo’s transition from Ligue 2 to the Championship has been awesome. He is an impressive young player who has adapted so quickly to life abroad for the first-team, and I’m sure that he has a very bright future ahead of him.