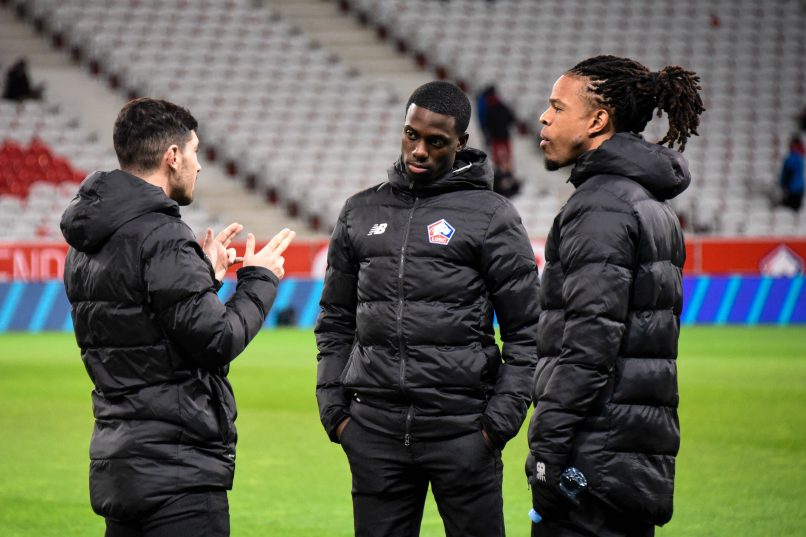 Speaking as part of an exclusive interview with Get French Football News, Lille attacker Timothy Weah’s representative, Badou Sambague, discussed the progress that the United States international has been making in rehab and what he thinks his best position is.

In your view what is his long-term on-pitch position? Out wide or as a #9?

I think that he is a boy who can play on both wings, but in an attacking position he is more someone who will play with two attackers. He is a young player still, who to play alone up top still needs to develop certain things on the physical and athletic sides of things. Even though he is very physical, very quick, he is a player who can beat men. But at the moment he is someone who needs combination play, he likes to combine a lot. So, when he is central, he needs a player with whom he can combine. In reality, he is a boy who can play across the attack, without any problem, but it is true that centrally, in a position of combining with someone else, that is when he is most devastating.

That sounds promising, certainly when you consider Lille boss Christophe Galtier’s penchant for the 4-2-2-2 that we saw this season.

The club is really counting on him. He is recovering well, he is now currently in New York, he is in a rehabilitation programme that is being monitored by the club every day, by the doctors who are also in New York and the ones in Lille and he is in regular contact with the club. He is working very intensively to come back for the beginning of next season.

Are you worried that the injuries that Weah has suffered this season, notably in the hamstring area, are going to cause him bigger problems in the long-term?

No, I think he is still in the phase of his body growing, of getting it used to the consistent physical efforts at this level, he is a boy who is an athlete, who goes fast, who has the intensity required. And who is using his muscles very considerably, so his body is in the process of transforming, because he is growing, because he is putting on muscle, so quite naturally, at a certain point, there are difficulties that can occur. He is a boy who is going to come back stronger, because he is still at an age where one comes out of something like this even better. He is learning a lot about his body during this period.