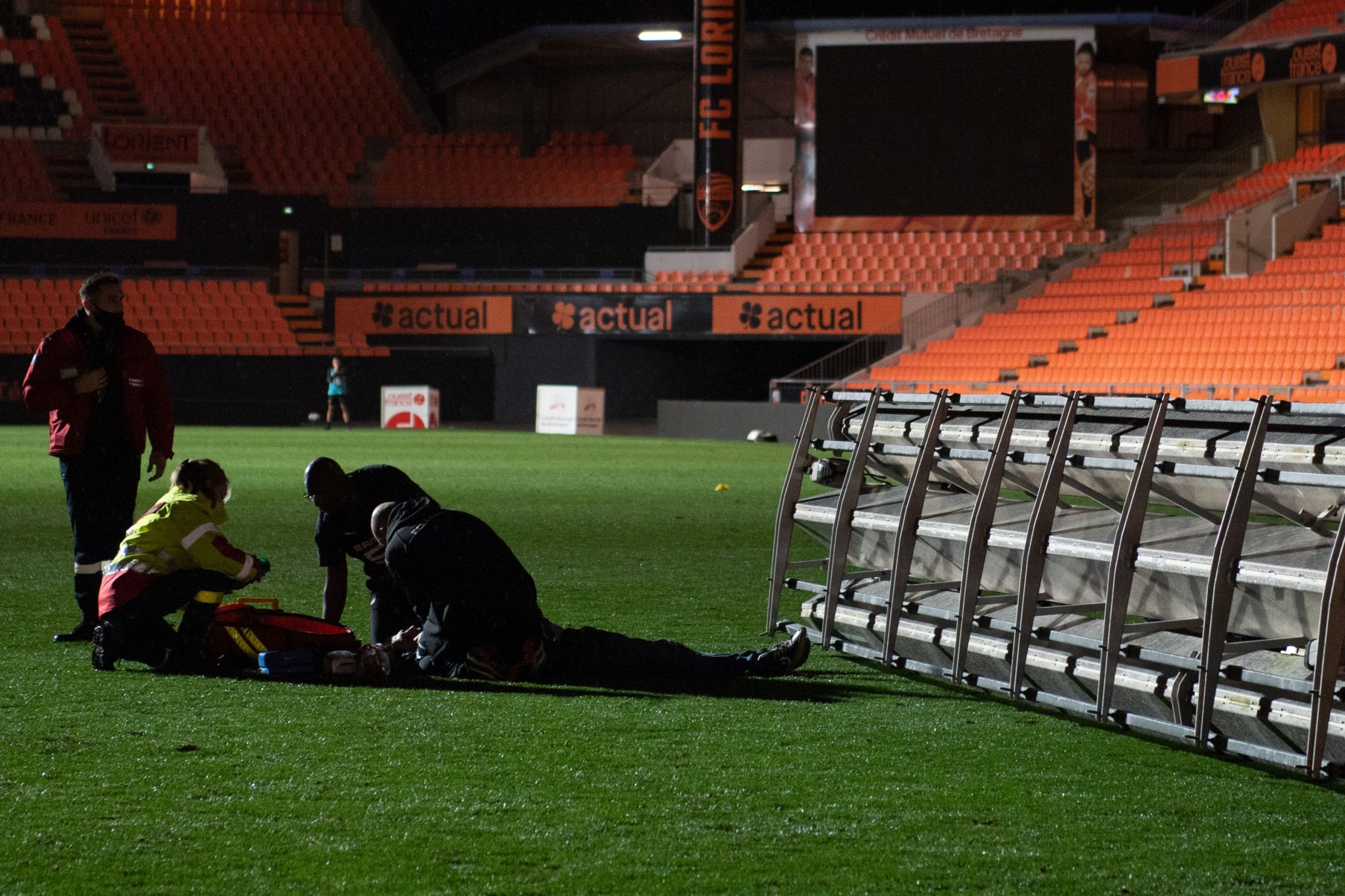 We are devastated to report that a 38-year-old groundsman working for FC Lorient has passed away today following a freak accident involving a ramp used to maintain the heating of the pitch fell on him.

The incident occurred shortly after 19:00 local time, immediately after Les Merlus lost 3-0 to Brittany rivals Rennes at the Stade du Moustoir, the club’s home ground. It was screams that sounded the alarm – a team of emergency service members was quickly on the scene, with players and board members of both clubs also rushing out from the dressing rooms, in shock.

Ouest-France report that the emergency services left the stadium at around 19:45 local time, transporting the victim to Scorff Hospital who was then in a critical condition – the groundskeeper, who was working as a volunteer, died of his injuries.

He was a father of three children – two other groundskeeper volunteers, shocked by the accident, were also taken to hospital but not physically injured.

The Mayor of Lorient, Fabrice Loher, was at the stadium at the time of the accident: “It’s a terrible accident. The police from the Lorient police station have marked up the scene and an investigation is underway to understand the circumstances of the accident.”

No FCL player spoke to press following the match, given the circumstances.