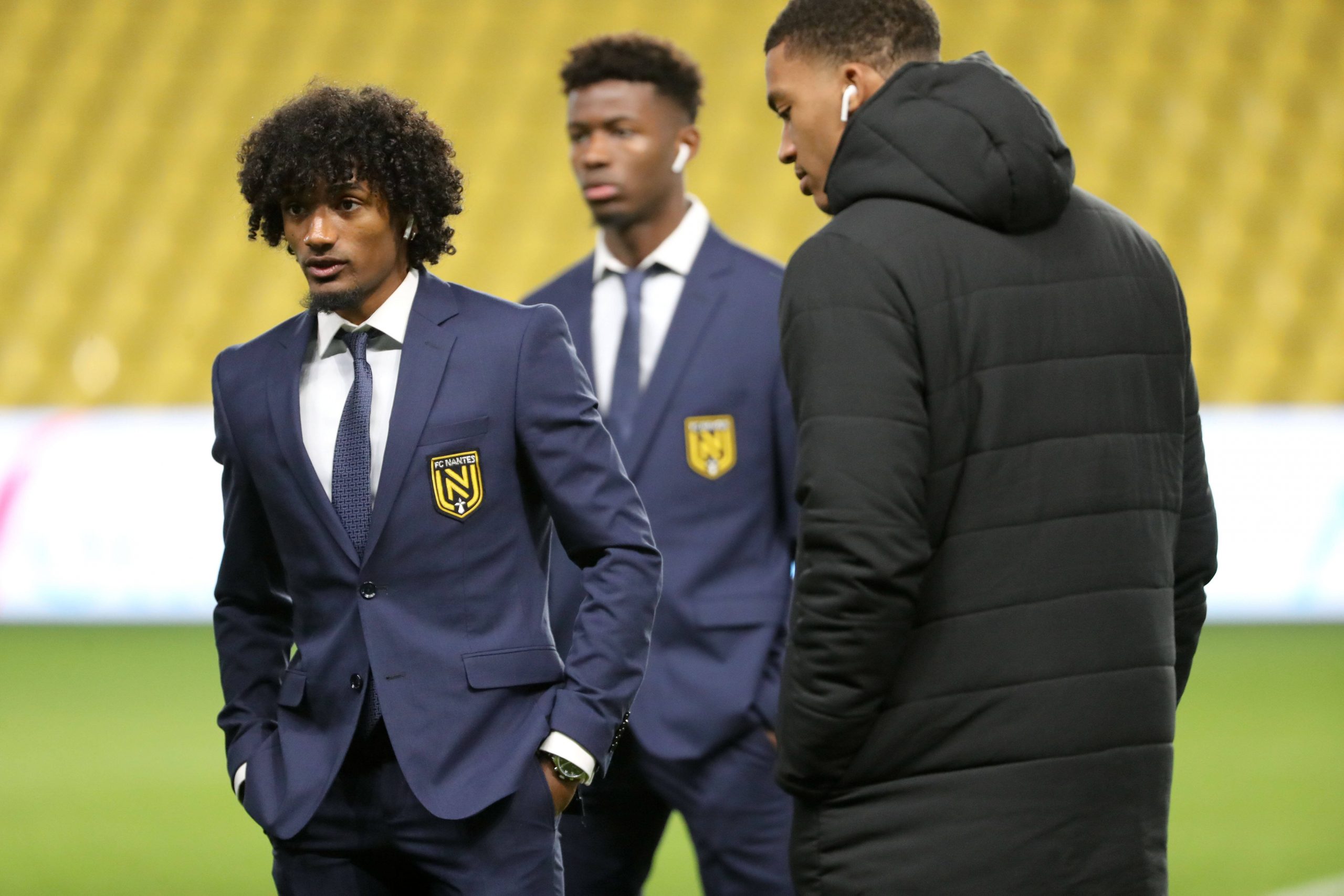 20 Minutes report that Ligue 1 side FC Nantes are seeking to offload four major players over the course of this summer transfer window.

The club’s Director General, Franck Kita, didn’t want to confirm it when asked last month, but midfielders Abdoulaye Touré and Samuel Moutoussamy, as well as striker Kalifa Coulibaly and defender Molla Wagué, are all in the process of seeing the club attempt to offload them, with Les Canaris having mandated agents to find all four exit doors this summer.

Moutoussamy, who arrived at Le Beaujoire on a free transfer from Lyon in 2016, made just 17 appearances in Ligue 1 in 2019/20, and only three starts, with Christian Gourcuff not taking a liking to him as the box-to-box midfielder that he wants to be. The 23-year-old does not want to lose valuable time at this stage of his career and, despite being under contract until 2024, will seek to move on. His agent was not available for comment.

Nearly a year ago to the day, Russian outfit Lokomotiv Moscow made a €9m offer for 28-year-old striker Kalifa Coulibaly. The Malian back then had just come out of a fairly impressive season, scoring eight Ligue 1 goals despite making just 19 starts. It was then the Nantes board who rejected the offer, having intended to retain Coulibaly.

This summer, no club has made contact for Coulibaly yet, with the player having scored 4 times in 18 Ligue 1 appearances in a shortened campaign owing to COVID-19. There have been some indirect approaches, notably from Turkish clubs, but nothing concrete.

As for Abdoulaye Touré, a man who Willie McKay had been pushing with vigour towards West Ham United in January, his entourage told 20 Minutes that their priority was first and foremost to have a good pre-season. The 26-year-old Nantes captain will not be retained should the club receive a reasonable offer for a player under contract until June 2022.

Speaking to Ouest-France last week, Touré said the following on his future: “If an interesting opportunity for myself and the two clubs presents itself, then we will think about it.” A source close to the matter indicated that they have “only received approaches” so far.

Finally, Molla Wague, who arrived last season, barely scratched the surface, making 8 Ligue 1 starts. The 29-year-old defender’s lack of physicality appeared to concern members of the FCN coaching staff, who is on considerable wages for the club: €90k per month, under contract until 2022.

The competition for places has tightened in recent days, with the arrival of Jean-Charles Castelletto from Brest on a free transfer.

St Étienne’s farce with Stéphane Ruffier continues, banishing him from the training ground