FC Nantes’ supporters arrested in front of their families: “We just wanted to go to the stadium.” 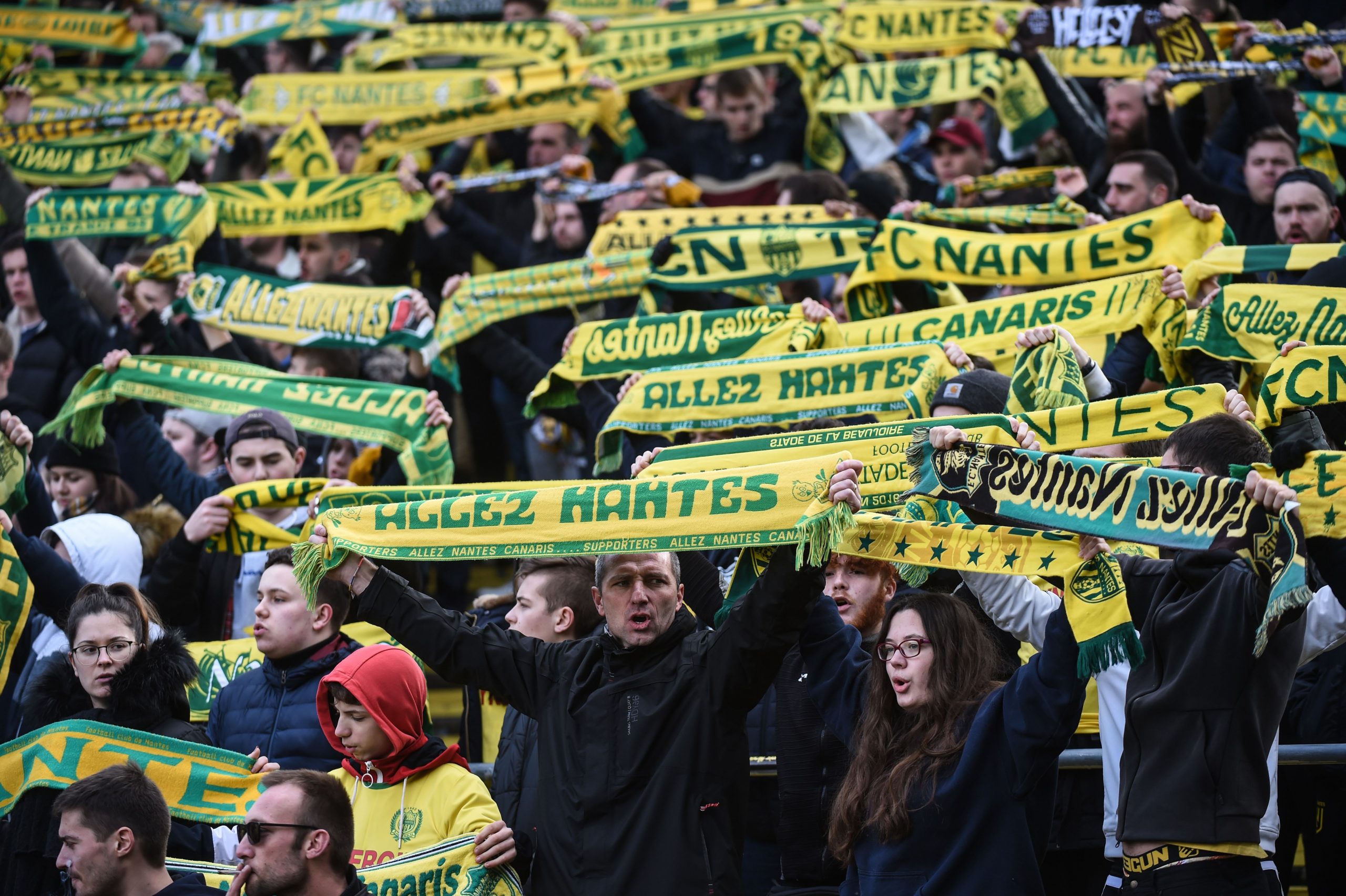 A year ago, on the 16th March 2019, the Ligue 1 game between Angers SCO and Amiens served as the stage for a peculiar incident. The fixture was partially disrupted by flares and smoke bombs thrown on the pitch by a bunch of neighbour side, FC Nantes’, ultras. This shock action was aimed to protest against the controversial decision made by the LFP to cancel Nantes’ fans trip to Reims at the last minute, a game that occurred in the same weekend. In a recent article, Ouest-France interviewed one of the members of the “Brigade Loire” (FC Nantes’ main ultras group) who was at Angers’ Raymond Kopa stadium that night.

According to the French newspaper, twelve Brigade Loire fans were arrested and remanded in custody last Tuesday. Pierre, interviewed by Ouest France, was among those arrested. He opened up about it: “We had planned this trip to Reims for three weeks. This game was supposed to mark the Brigade’s 20th anniversary. For a supporter group, 20 years is quite something and it was for us the perfect opportunity to gather all the generations of fans and reinforce our commitment to each other.”

The ultras group, as Pierre explains, had planned everything, from the time of arrival at Reims to the exact time of departure from the stadium after the game. “Everything was done in agreement with the local authorities,” he adds. Members of the “Brigade” did everything right and were all very much looking forward to this trip that would mark a very special day in the history of their supporters group.

“So when we heard that the prefecture had written a decree forbidding us to travel to Reims, we were astounded and angry. They promulgated the travel-ban 24 hours before the game!”

The fans’ feelings oscillated between anger and disbelief, as this long-term planned trip involved thousands of euros and was properly and legally planned. As Pierre underlines, the last-minute LFP’s decision felt like a huge injustice in the eyes of the fans who didn’t receive any tangible justification from the league.

“We had booked coaches and paid a significant amount of money to organize this anniversary.” By going to Angers, Pierre followed, the fans wanted to denounce the “system’s aberration and incompetence.” They wanted to pinpoint the nonsense of the LFP’s decision by showing that it was possible to go to a game in Angers without any police control and impossible to travel to Reims despite having planned everything.

This incident highlights a real issue: in France, travel bans are decreed by the “Prefect” (state representative in each French department or “county”), and there are countless examples in which the prefects make senseless decisions without taking the fans into consideration. It may be in France’s culture, but in many situations (and especially when it comes to football), sanctioning is always the first option chosen by the authorities. Dialogue always seems to come in second, or never. “The notion of forbidding should never be a normalised act,” says Pierre. By going to the Raymond Kopa stadium legally (the fans bought their tickets like any average supporter), the Brigade Loire members wanted to scoff at the league and show that travel is nothing more than a simple right.

Something they paid for last week Tuesday. “When I learned that my mates had been arrested this morning (Tuesday, 10th of March), I was disgusted. Neither did they sell drugs nor did they assault anyone.”

The real problem is that the fans were not summoned to the police station to be accountable for their actions, instead they were arrested at 06:30 in the morning in front of their families. “It took on incredible proportions,” laments Pierre.

“You know, it could have been me, I was at the stadium as well. That’s insane. They enlisted at least 50 policemen for 17 football fans. Just because of flares? I still can’t believe it.”

In the past few years, Ligue 1 has been marked by many incidents like this. In every case, the same pattern occurs: a travel ban which directly impacted the supporters and a total absence of dialogue between the two parties. Needless to say, it has a real impact on the league’s attractiveness and its stadia’s atmospheres.

Just fathom that for the two “biggest” fixtures of this Ligue 1 season (PSG-Marseille, Marseille-PSG), the fans are not allowed to travel. For example, the last time PSG fans were allowed to travel to the Vélodrome, it was in April 2015… Imagine a Clasico or a Merseyside Derby without the travelling fans… away support always makes a huge difference, not only for the players but mostly in terms of image and worldwide credibility for the fixture itself.

In France’s case, of course, the authorities are not always the ones to blame. Sometimes, supporters do cross the line, obviously. But, when they do, the LFP’s repressive measures seem to penalise all the fans, and not just the violent fringe.

So, it appears that the interminable, and very French “supporters are not criminals” debate is still ongoing. But there are still sources of hope, as after Saint-Étienne’s winning goal in the Coupe de France semi-finals against Rennes (2-1), thousands of fans invaded the pitch to celebrate their heroes. No incident was reported and the images went viral. A proof that passion and football still have a future together.

Thiago Silva’s wife defends decision to flee Paris for Brazil amid COVID-19 pandemic: “Here we have a pool.”