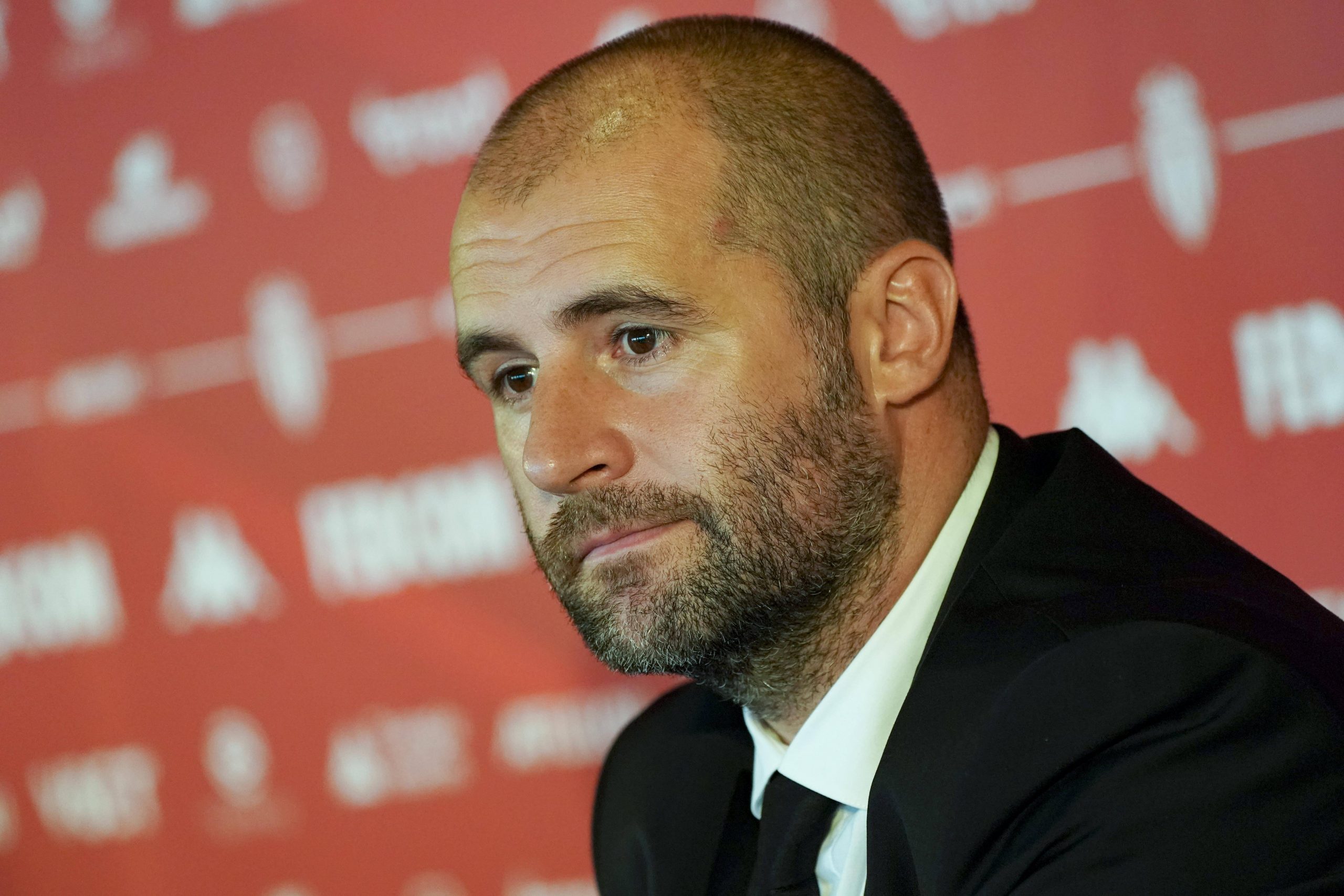 AS Monaco had become somewhat of a laughing stock since their rush to glory in the 2016/17 Ligue 1 season. Since winning the league, they fired their manager four times in two years. They even flirted with relegation. In 2020 though, the arrival of Paul Mitchell looked to restore stability to the Principality.

Paul Mitchell is among Ralf Rangnick, Edwin Van der Sar and Monchi at being in the top echelon of modern football’s talent identifiers. He was named Head of Recruitment in Rangnick’s time in charge of the RB Leipzig. This was after Tottenham saw Dele Alli, Son Heung-min and Toby Alderweireld all arrive in London. Paul Mitchell has a tremendous reputation.

So, when Monaco snatched up the former Wigan player in June 2020, it was a seismic piece of news for French football. It has now been just under six months since Paul Mitchell was appointed Sporting Director and the early signs are intriguing, promising.

The change appears to have worked out. Cercle Brugge are on 18 points after 15 matches. Having been in a relegation dogfight last season, this is solid improvement. More importantly though, Clement appears to have created atmosphere that has allowed for Monaco’s loanees at the club to flourish instantly. 20-year-old Anthony Musaba has made six goal contributions in 11 Jupiler Pro appearances, and has notably impressed with his level of ball control.

Next came the huge decision to fire Roberto Moreno on July 8th, after finishing 9th in 2019/20. Paul Mitchell was cited as the key driver behind it by the dismissed Spaniard: “For me, the story is very simple: a new Sporting Director arrived, he wanted to count on his guys that he trusts and that is all,” Moreno said. He found out about the fact that he had lost his job in newspaper L’Équipe.

Niko Kovac was apparently not the first choice of the Mitchell regime. Despite being announced 11 days after Moreno’s sacking, Mauricio Pochettino rejected Monaco advances before Kovac was considered, according to The Athletic.

Kovac was nevertheless appointed though. In a club statement, Paul Mitchell spoke of Kovac’s “energy” and “vision” as important reasons behind the choice, as well as his ability to win large numbers of games.

Kovac’s Monaco has been a hit and miss in 2020/21. Lyon defeated them 4-1. They struggled to get the ball into the final third in a 1-0 defeat against lowly Brest. They were also outclassed by Lille last Sunday, in a 2-1 loss.

However, they have picked up enough points to sit 5th in Ligue 1. Monaco have won seven matches, and only PSG have won more. PSG were in fact one of the teams to be beaten by Monaco, in a stunning 3-2 victory at the Stade Louis II.

Considering Aleksandr Golovin has been out injured since the opening two Ligue 1 games, Kovac looks to have been a smart appointment capable of implementing his principles in rapid fashion. Whether he has been helped by Paul Mitchell’s recruitment though, is another matter for discussion.

Both L’Equipe & Get French Football News reported a wide array of targets and bids throughout the transfer window from AS Monaco. Just a week into Paul Mitchell’s tenure, steps had begun to make the eventually concluded transfer of Axel Disasi from Reims. On the other hand, Monaco made a tentative approach for Strasbourg defender Mohamed Simakan, whilst holding ultimately unsuccessful talks with Amadou Haidara and Weston McKennie.

The early signing of 22-year-old defender Disasi though, is turning out to be fantastic. He has played the 3rd most minutes for Monaco and scored two goals. In fact, he has made more accurate passes per game than Lille’s Jose Fonte, a reference in his position in Ligue 1 at the moment, according to WhoScored. (55.7 p90 > 50.6 p90).

Kévin Volland also arrived from Leverkusen for €15m. Despite two goals against PSG, Volland’s life in France has been slow from a purely production sense. The 28-year-old German forward has usually played to accommodate Wissam Ben Yedder up front, and it is his work in combination play that has most stood otu. He is averaging less than a shot per game in Ligue 1, the lowest amount of any forward (LW, ST, RW) in Ligue 1 this season.

Besides these two, Monaco’s signings have yet to majorly feature. Caio Henrique arrived from Atletico Madrid for €8m. He has largely been alternated at left-back, although demonstrated promise. Against Lille, the 23-year-old showed he has work to do with his final ball.

Paul Mitchell also organised the loan of highly rated Florentino Luis from Benfica. Interestingly though, the 21-year-old Portuguese midfielder had no option-to-buy inserted into his loan-contract. He has also been limited to 162 minutes in the league, as he has struggled for fitness.

As for outgoings, Paul Mitchell was desperate to get some faces out of the club and cut down the club’s previously spiralling wage bill. Despite being at the centre of Monaco’s famous title win, former club captain Kamil Glik was shipped to Serie A for less than €4m. Glik has played every minute for Benevento, although his defence have conceded 21 goals in 10 matches. Glik was also one of the highest earners at the club, making this decision appear to be a smart one.

Jemerson was another one who has seen an undignified exit from Monaco. Despite his Transfermarkt value remaining at close to €5m, Paul Mitchell brokered a deal for the Brazilian CB to move to Corinthians for less than €1m. The 28-year-old played over a thousand minutes in the curtailed Ligue 1 season of 2018/19, and despite his drop in form, he was still a major contributor to the Ligue 1 title win of the previous decade so that transfer fee ultimately represents poor financial business.

Mitchell and Kovac should be commended for bringing Sofiane Diop back into the fold. Diop had been on loan at FC Sochaux in 2019/20 and looked far away from the first team. However, the young Frenchman has starred on the wing alongside other midfield wonder-kids, Aurelien Tchouameni and Youssouf Fofana. His close control, ball progression and late runs into the box have been crucial in the Monaco attack.

Kovac also did well to pressure Paul Mitchell into blocking the sale of Benoît Badiashile. Originally being talked about being included in a swap deal for Volland, Kovac insisted that the young CB was crucial to his plans. On the market for around €30m, bids from Manchester United were eventually rejected. Badiashile has since continued his development into one of Europe’s most exciting prospects in an incredibly young central defensive partnership with Disasi.

Téléfoot Chaine is shutting down